What Does "In the Beginning Was the Word" Mean? 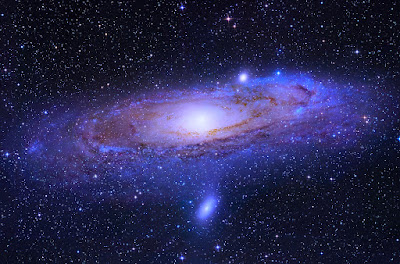 The Gospel of John is the most mysterious of all the gospel accounts of the life of Christ. John often employs language that is philosophical, even mystical. The very first words of the gospel offer a mystery that is fascinating. What exactly does John mean by these opening words, how is it connected to ancient philosophy, and what does it tell us about Christ?

John likely wrote his gospel while living at Ephesus, in modern-day Turkey, approximately around A.D. 70. Ephesus was a cosmopolitan harbor city, founded by Greeks, and as a trade port saw many of the intellectual advancements of the time make their way to the city, as well as various pagan cults. It was well known for its temple of Diana, which was one of the seven wonders of the world, and for its open-air theater, seating up to 25,000 people. Not only was Ephesus well known for the various pagan cults, each with its own temple, but also for its library and many notable figures who lived there. Philosophy was a particular love of many of its pagan citizens, and the city boasted the philosopher Heraclitus (535-475 B.C.) as a native son. During the first century, the great Sophist philosopher Publius Hordeonius Lollianus lived and taught there as well. It is in this city that John lived and, as tradition tells us, took care of Mary, the mother of Jesus. It is Hercalitus who is perhaps of most significance for us since it seems obvious that John must have been familiar with his writings, as it is Heraclitus who first advanced the concept of the “Logos.” It is the exact word John uses in his gospel that is translated as “the Word” in the Bible. And Logos is an amazing choice of words, as John is clearly sending a message to the educated Hellenistic Jews and Gentiles of his time and place and connects Jesus to an even greater concept than we might imagine.

The Importance of Logos in Philosophy

The Apostle Paul, himself, very likely familiar with the writings of classical philosophers, advanced the concept of natural revelation when he wrote his epistle to the Romans, saying that God’s unseen power and divine nature were clearly understood by those who examine carefully the created world (Romans 1:20). Natural revelation is, then, something that most can attain to by the use of the God-given faculties of intellect and reason alone, allowing us to comprehend certain things about God, albeit in a sort of “seeing through a glass darkly” way. It is just this sort of natural revelation that the Logos in Greek philosophy represents. The word “Logos” can be translated as “ground,” “reason,” or “word.” In Heraclitus’ teachings, it meant the divine principle of order and reason in the cosmos. Stoic philosophers used the term “Logos Spermatikos,” meaning the “generative principle of the cosmos,” a philosophical way of saying the life of all things. Interestingly, in Stoic philosophy, not only was the Logos the active principle of reason pervading the entirety of creation but was also to be found, in a somewhat different measure, in man, bringing to mind the indwelling of God in the believer (John 14:17). Philo of Alexandria (AD 20-50), a Jewish philosopher, taught that the Logos was a divine being that acted as an intercessor between God and man. Again, this connects very well with Sacred Scripture (1 Timothy 2:5). If we look farther East, we see a parallel concept in ancient Chinese philosophy. Lao Tzu developed the concept of the “Tao,” the “Way” that controls the entirety of totality. The concept of the Tao is so intimately connected to the Greek concept of the Logos, that Chinese translations of the New Testament frequently translate John 1:1-3 and other verses wherein the Word or Way are mentioned, employing the word “Tao.” This natural revelation, specifically in the Logos idea, is one, which the early church embraced wholeheartedly. Athenagoras writes, “The Son of God is the Logos of the Father, in idea and in operation...The Understanding and Reason of the Father is the Son of God.” Athenagoras is clearly making a connection here to Heraclitus’ definition of the Logos. Origen refers to the same concept when he writes, “He is called the Logos because He takes away from us all that is irrational and makes us truly reasonable.” And finally, Lactantius writes, “For Logos means both speech and reason. And He is both the Voice and Wisdom of God.” These concepts pointed so clearly to Christ that some Church Fathers considered certain philosophers to have been proto-Christian. For example, Justin Martyr, himself, a converted philosopher, wrote of Heraclitus and Socrates in his “First Apology,” saying they were Christians before the advent of Jesus, and “those who lived reasonably are Christians, even though they have been thought atheists; as, among the Greeks, Socrates, and Heraclitus, and men like them.”

Jesus is the Logos

With that said, John’s use of the word Logos is filled with much more meaning than perhaps many would at first expect. While it is certainly true that Jesus is God’s Word to humanity, the apostle was clearly getting at other, perhaps deeper truths. John points us to the Logos as not only the generative principle of the universe but as God-the Incarnate God, Jesus Christ. This takes in all of the definitions of Logos used by these classic philosophers since Christ would indeed be the principle of order and reason in the cosmos, as well as its generative source. Sacred Scripture confirms for us that Jesus is:

John’s use of the word “Logos” is masterful and points to the divine inspiration of the gospel that bears his name as it has been instrumental throughout the history of the church in reaching philosophers, those in pagan religions that valued natural revelation and others with the truths of the life, death, resurrection and powerful identity of Jesus Christ.

Labels: Apologetics Christian theology Heraclitus In the beginning was the Word Logos philosophy The Word