Should We Expect Morality from Modern Man? 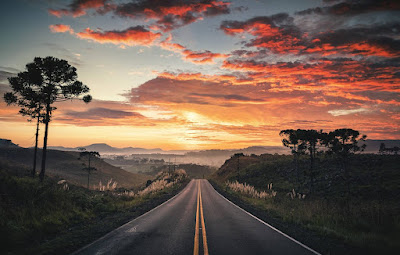 Christians are often scolded for holding people to moral standards they don't necessarily share with those who profess the Christian faith. Post-modern culture, steeped as it is in the error of relativism, tells us that we cannot hold anyone to any particular moral standards (which please God) since morality is relative. Is this true, however?

What we first need to understand is that moral law is a natural sensibility. That is, every single man, woman and child has an inner sense of right and wrong, without having to be taught.

“There is a true law, right reason, consonant to nature, coextensive with the race of man, unchanging and eternal. ... It is not allowed us to make any alteration in that law: we may not take away any least portion of it: nor can we repeal it as a whole…. but that law, one, everlasting and immutable, is binding on all races and at all times: and there is one common Master and Lord of all, God. He it is who drew up this law, determined its provisions, and promulgated it” (Johannes Quasten, Patrology, Vol. 2).

For example, a little child instinctively hides the hand that holds the cookie he or she just took from the cookie jar without permission, when asked by mom and dad. That instinctive reflex is a sign of the inner sensibility of morality. This inner voice telling us something is right, and another is wrong is universal. That is, it is present in every race, ethnicity, culture, tribe, and nation. No one is immune to the internal witness of the moral law. This inner sensibility does not act as just a suggestion. It carries all the force of a command in the human conscience. Our sense of guilt for having violated the command is a witness to the absolute nature of moral law. You cannot claim that morality is relative without doing irreparable violence to justice, honesty, integrity, and goodness. Each of those requires a moral sensibility that is objective for them to be at all sane and consistent propositions. We know this to be true, and so we have that innate sense of obligation to moral law. It is a binding force in the conscience, and not a mere suggestion of options. Morality, then, binds our will to obedience. Again, I want to be clear here that we are not talking about any specific religion or religious law, but the natural law that applies to all people at all times, all places, and in every circumstance. Every law binds the will, whether it be State laws regarding murder and theft (which are based on natural law), or purely natural laws regarding right and wrong actions and attitudes, they are binding on the will. I referred to them as having the force of commands, which is why we have a sense of obligation, and this fact leads to another fascinating aspect of this issue.

If we have this internal sensibility of the moral law (and we do), then this implies there is a moral lawgiver. There must be someone to whom we owe obedience, someone who has issued the command.Morality certainly cannot be accounted for in the evolutionary worldview, since the survival of the fittest, if indeed it were true, would mean that such things as selfless love, mercy, charity and self-sacrifice would be meaningless. They would not even occur to us if indeed we were just the product of evolutionary forces. So, any purely atheistic answers for the existence of morality, no matter how scientific sounding they may be, are nothing more than atheistic philosophy masquerading as science. We can reasonably expect attitudes and behaviors from those who are not Christians that conform to this natural moral law because it is natural to man (Romans 2:14-16). It is a part of our very being from our creation. Thus, the modern proclivity for retreating from natural moral law into the subjectivist world of "my truth-your truth" (another logical error) is an absurdity. It is excuse making on the level of the most ignorant in an attempt to avoid the responsibility of moral standards.

If the moral law binds our will (and it does), it is because we owe that moral lawgiver obedience. We Christians understand that the moral lawgiver is indeed God since the sense of being bound to obedience comes from an absolute authority. Now, atheists will argue against this notion, usually claiming that they can be just as moral as any Christian without the need for God. Well, my response to that is yes and no. Yes, the atheist can be a morally upright person in the natural sense, they can fulfill their obligation to all the moral laws-no murder, no theft, no adultery, etc. — and live a decent life of moral rectitude. However, no atheist does this without God, as God is the divine lawgiver of the very moral laws the atheist would obey. It is the inner voice of His moral commands that the morally conscientious atheists are obligated to, just as it is for any Christian. No matter how much the atheist wants to avoid reality, his or her obedience to those internal commands is obedience to God, the author of the moral law. No Christian would suggest that atheists cannot be morally conscientious. However, we will state that without God, morality has no meaning. If there is no God, then the materialist is correct in the assertion that morality is relative. And if this is true, then no atheist has any objective basis for expecting anyone to fight against things like genocide, slavery, human trafficking, or any of the current favorite social issues such as racial injustice and climate change. None of these issues really means anything without the moral lawgiver to give them absolute and final status. In other words, God (the moral lawgiver), has drawn a proverbial line in the sand, and let humanity know that nothing beyond this line is acceptable whatsoever. Greg Koukl puts it this way in his video, “Where Do Moral Laws Come From?”

So, why do we expect non-believers to behave in certain ways that please God? Precisely because we understand the objective and absolute nature of the moral law that speaks to every human heart, in every place and every time. While we do not expect them to please God with their works, we should certainly expect them to obey the commands of natural moral law and fulfill their obligation to it. In this sense, they obey God even without knowing they do. It doesn't earn them salvation, however. So along with expecting certain behaviors from them, we should also be sharing the gospel of the moral lawgiver with them.