A Neo-Marxist One World Religion 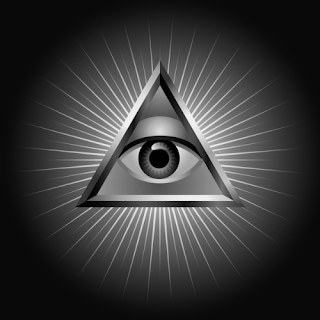 Scripture describes for us a “great harlot” that will be the world religion under the influence of the Anti-Christ (Revelation 17:1-2). Throughout the history of the church, many theories have been offered as to what this religion will be. While we cannot say with certainty what this religion will look like, we do have some clues as to its content.

What Do We Know?

Protestant thinkers have written a plethora of books on the identity of this one-world religion, suggesting everything from Roman Catholicism to Islam and the New Age Movement. If we consider the facts carefully, we can develop at least a shadow of what this one-world religion will promote. First, as Western culture becomes increasingly liberal (even neo-Marxist), so too do the religious views of the vast majority of Westerners. Issues such as homosexuality, the age of accountability, marriage, have all shifted far from the Christian roots of traditional Western societies. The buzzword for all of these changes is “tolerance,” and holds all the influence of any doctrine of the Christian Faith. We can rest assured that whatever form the one world religion takes, it will demand “inclusivity”, "diversity" and “tolerance.” Tolerance is a good thing to have in a healthy society but can be abused for nefarious purposes. Today tolerance is considered to be the first duty of the citizen with regard to sexuality, procreation, gender, immigration and religion. On the spiritual front, we are told we must tolerate all other religions and treat them as if they possess the same truth, we as Christians, profess. In fact, Pope Francis, echoing his predecessors since Vatican II, has said as much in claiming Christians and Muslims worship the same God. Is this really how Christians are to view religious pluralism? Does tolerance demand we be indifferent to divine truth, or accept false religions like the coming one world religion as if they are equal to Christianity? According to Christ’s teaching, our first duty is not tolerance, but love of our neighbor. A Pharisee, attempting to be sly, and tempting Him, asked, “Teacher, which is the great commandment in the law?” (Matthew 22:36-40). Jesus’ answer cuts to the very heart of real love and justice. Justice and love are the two first duties we have to our fellow citizens, and indeed all people. Tolerance is nowhere mentioned in Christ’s teachings. Perhaps that is because mere tolerance does not go far enough. Christians should not merely tolerate the lost, but the Christian should love them with a divine charity, sharing with them the gospel and, if necessary, laying down our lives to seek their highest good. That is far more than the tolerance of the modern world can ever offer. “Tolerance,” as used in the Western world today, is merely a catchword of Leftist cultural ideology, which might force us to put up with an obnoxious Marxist revolutionary, a Social Justice Warrior, or violent religionist in our midst, (even to our own self-destruction), but knows nothing of real charity, love, and sacrifice. A distinction must be made with reference to tolerance here. Christians are not intolerant of those in other religions, but with regard to their error, there can be no such thing as tolerance. We simply can’t compromise with error and spiritual lies, which is what the one world religion will indeed be. What is false we simply cannot be compelled to call true, any more than we can claim fire is cold. When, therefore, the Christian apologist combats error and champions truth, he only follows the example of Christ and does what any sane person will acknowledge being just and right to do when confronted with a lie. Dogmatic tolerance is self-contradiction. Christianity professes to be the absolute truth, and so we Christians can’t say to the fallen world:“If you believe in the Trinity, in the divinity of Christ, in salvation by grace through faith, in the name of Jesus alone, that’s fantastic. If you don't believe in them — that’s fantastic too — since I'm tolerant.”

The one-world religion, for all its emphasis on tolerance and inclusivity, will not tolerate Christianity. At least, not orthodox, historic biblical Christianity. In fact, it will seek our total destruction (Revelation 17:6). The martyrdom of Christians who refuse to worship the image of the Beast will be seen as a good thing for humanity. It will be said to promote peace and safety. Already governments of the world have placed normal everyday Christians on their lists of potential terrorists, so the next step under the influence of the Anti-Christ is already set in place. Because Christians cannot abide the errors of false tolerance, we cannot look upon sexual promiscuity and other sins, nor the idolatry of the coming one-world religion with pleasure. And these things will indeed be seen as good in this false religion (Revelation 17:2). We would resist the religion with our entire being. Could this one world religion, which Scripture compares to Babylon, be the Roman Catholic Church? We really cannot say with any certainty. However, given the trajectory of Rome and the Popes of the past 60 years at least, the idea deserves to be addressed. Let’s not forget that Rome is compared to Babylon as well (Revelation 17:5; 1 Peter 5:13). Consider the following: We have seen outright blatant paganism and idolatry disguised as worship of the one true God in Rome. The Pope was more than happy to host and take part in the worship of Pachamama, a pagan Mother Earth deity in the Vatican itself. Also, the Archdiocese of Toronto televised Masses back in 2015. During this blasphemous ritual, which the priest and parish in question would later attempt to defend as the Eucharist, they sang a hymn titled, “O’ Beautiful Gaia.” Gaia, for those who do not know, is the ancient Greek pagan mother goddess and personification of the earth. She is referred to as the mother of the pagan deity Uranus (a sky god), with whom she had sexual relations and bore the Titans and “Giants.” Students of Christian theology will recognize the links to the Book of Enoch and Genesis 6. While those who chose this hymn would likely argue that it is simply an ode to our planet, even that is problematic, as the Eucharist is a means of grace instituted by Christ, wherein we commemorate His sacrifice for the forgiveness of sins and not a platform to promote some misguided extremist version of environmental action. Using such a hymn in effect politicizes the Eucharist, making it a platform for Cultural Marxist ideology, which is a sacrilege. The hymn itself was written by Carolyn McDade, an American “Progressive” (socialist) and radical feminist. The lyrics are as follows:

In the recesses of our being we hear the call…the first and deepest call…the call of Earth, through water and wind, forest and farmland, inviting us to become one again with all that lives. We are called home to our place within the Earth community. We are called on, into the ongoing relatedness of creation.

While we are unable to pinpoint Roman Catholicism as the specific one-world religion and it is unlikely that Rome will be that religion, we can certainly say that Rome is advancing the false practices and doctrines of that blasphemous false religion along with a social & political ideology that will make the system of the Anti-Christ much easier for many to accept. Again, I don't think Catholicism is the one world religion. I suspect it is more likely that this religion will take the form of socio-political dogma that will be advocated for by not only the Vatican, but a host of other denominations. In fact, we see it now in nearly every major Christian denomination worldwide. Leftist social and political ideologies on climate, immigration, national sovereignty, human rights, economics, medicine & science are being promoted in nearly every denomination in existence. And these ideals appeal to the revolutionary and the undiscerning & biblically illiterate Christian alike.

The church is the custodian of God’s revealed will and truth, and thus can’t compromise with error; and any church — no matter how seemingly loving it is, how much it does in the sphere of social welfare, or social justice — any church that throws the mantle of a false charity over its spiritual bankruptcy in compromising with false religions — is proved thereby not to be Christian in any orthodox sense and is, in fact, a precursor to or participant in the one-world religion. It is important that we be aware and discerning when priests, pastors and bishops advance ideologies that are part of the Modernist and neo-Marxist worldview, since these have proven to be dangerous both on the secular and spiritual levels. Be aware, be forewarned and be wise.