Do We Have an Obligation to Obey Unjust Rulers? 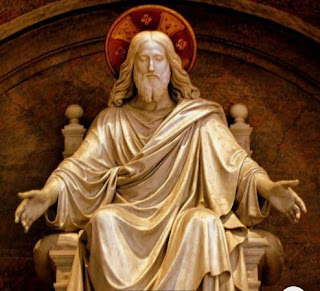 When we see governments lying to citizens, enacting unjust social policies, and in more extreme cases engaging in genocide and other human rights violations it can be difficult to accept what the Apostle Paul wrote in Romans. Let's take a closer look at his statement and what it means in light of all the data.

What Is the Purpose of Government?

When we look at the obvious evils of governments, both past and present, the Apostle Paul's statement seems an impossible undertaking. After all, the genocides committed by such governments as the U.S.S.R., Castro's Revolutionary Government, the Khmer Rouge, and a host of other governments would seem to implicate God in those crimes. After all, He established these governments, right? The Soviet Union is estimated to have murdered 61,000,000 people. The Khmer Rouge is estimated to have murdered approximately two million people, almost a quarter of the population of Cambodia. Castro's Socialist government is estimated to have slaughtered nearly 15,000. If we take this at face value, this doesn't look good for God if what Paul says is true, does it? Well, if we were to take such a myopic approach that would be the case, but the idea that the Lord is responsible for these regimes and their crimes is based on a misunderstanding of Paul's intended meaning. In order to understand this, we have to take a look at the purpose of all governments. Everything in existence meets its created end when and only when it is in accord with the will of God. For example, man meets his created end when He knows, loves and serves the Lord with all his heart, mind and soul, and his neighbor as himself. If we have no relationship with the Lord, then we are outside the will of God and unable to meet our created end — our purpose. It is the same with governments. God has allowed humanity to form governments in his permissive will that are imperfect, but can still meet the core of their purpose, which is to mitigate the evil men can inflict on each other, defend moral law and protect the innocent. If a government fails to meet these three criteria, it ceases to meet its created end. Now, what this means in light of the Apostle Paul's statement is this: while all governments exist only due to the permissive will of God, not all governments accurately reflect their purpose for existence, and indeed many completely contradict that created purpose. Thus, the Lord is in no way responsible for the atrocities and human rights violations of any government. This should lead us to the question of how we as Christians should respond to a despotic government.

Can We Disobey the Government?

In Romans 13:1-7, the Apostle Paul writes that we are to obey governmental authorities. Does this mean that Christians living under such governments as the Chinese Communists have to obey that government and stop praying, reading the Bible, attending church, etc. if they demand it? Were Christians living under the Soviet Socialist government required to obey every edict, even if it meant violating Sacred Scripture? These are important questions, since Paul's statement has, at times, been taken out of context to encourage Christians to do just that and lulled Christians into complicity with evil. If our government were to issue a decree that we are no longer allowed to worship outside our homes, pray in public or share our faith, should we obey our governmental authorities? The answer is no. Our first responsibility is to the Lord and His gospel. That is essential to our created end, our purpose for existence. No government, not even the United States government, has any authority to tell us how to conduct our spiritual lives, nor to violate the Lord's divinely revealed Word and Revelation to humanity. We absolutely must be obedient to the Lord, not men, when there is a clear conflict (Acts 5:29). In cases of conflict, that is, when two authorities prescribe contradictory obligations for members owing allegiance to both powers, the authority of the Lord must prevail over that of government. I do not want to leave the impression that there is some natural enmity between the Lord and human government. That need not be the case at all. In fact, government and the church should ideally be of mutual benefit to each other, with the church informing the state of its moral duties. And the government should protect the church, safeguarding its right to exist, the rights of Christians to worship freely and the role of the church in informing society of its moral obligations. However, when a government violates its created end and issues mandates and decrees, which violate Sacred Scripture, then our obligation to obedience is dispensed with since it is only from the life of Faith — our scriptures, our tradition, our sacraments, our biblical morals, our worship, and prayer — that we are able to fully and accurately fulfill the Apostle Paul's admonition to obey governmental authorities. If government undermines those things, it no longer meets its created purpose and is attempting to undermine ours, meriting no obedience whatsoever. Our disobedience must be civil, however.

The early church exemplified this well, living under Roman emperors who were viciously hostile to them, even to the point of mass murder. Their counsel is important in the times we live.

"I owe no duty to the forum, the election-ground, or the senate-house; I keep no obsequious vigil, preoccupy no platforms, hover about no praetorian residences; I am not fond of the canals, am not fond of the lattices, am no constant wearer out of benches, no wholesale router of laws, no barking pleader, no judge, no soldier, no king: I have withdrawn from the populace. My only business is with myself: except that other care I have none, save not to care.

But as those in whom all ardor in the pursuit of glory and honor is dead, we have no pressing inducement to take part in your public meetings; nor is there aught more entirely foreign to us than affairs of state. All the powers and dignities of this world are not only alien to, but enemies of, God; that through them, punishments have been determined against God’s servants; through them, too, penalties prepared for the impious are ignored" (Tertullian).

"Above all, Christians are not allowed to correct with violence the delinquencies of sins..." (Clement of Alexandria).

What Does This Mean?

A correct understanding of our obligation to governmental authorities is important since without it we can find ourselves in two very dangerous errors. On the one hand, we can become complicit in governmental abuses and allow ourselves to be diverted from our created end. On the other hand, some might be moved to unjust acts of violence, which are also forbidden by Sacred Scripture and the example of the early Christians. Revolution is not a part of the Christian creed and never will be. As our Lord and Savior Jesus Christ said, give to the government what is rightfully the government's due, and give to God what is His rightful due (Matthew 22:21). The final rule is that the social Kingship of Christ must be defended and advanced.

Labels: Church & State Do we have to obey unjust rulers? government Romans 13:1-7