Secrets of the Cathars 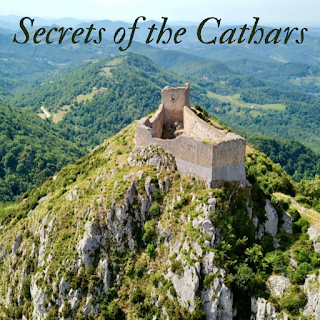 Popular books and ﬁlms have romanticized many of the ancient heresies that have appeared over time. Through such books as Holy Blood, Holy Grail, The Da Vinci Code, and Messianic Legacy readers are introduced to the myth, weaved by various authors, that the Cathars were guardians of the “bloodline” of Christ and of a true, pure form of Christianity. We're to believe the Cathars were non-violent innocents who went to the stake or were put to the sword for no reason other than their holding the secrets the church didn't want known. Not to be dissuaded by the facts of history, such books ignore the true nature of the Cathars and historic discontinuity that this dangerous cult had with historical Apostolic Christianity. So what then is the true nature of the Cathar sect, and what are their real secrets?

Catharism spread throughout all of Europe between the 11th and the 13th centuries, particularly in Languedoc (southern France), thus the alternative name Albigensian (from the city of Albi), by which the heresy is also designated. The word “cathar” comes from the Greek “katharos” which means “pure.” Though many writers refer to it as a Christian heresy, Catharism is technically not Christian at all; it is more properly understood as a sect of Gnosticism. Its origin is difﬁcult to determine with accuracy, but its doctrine is almost identical to that of the various ancient Gnostic sects and Manichaeanism, which circulated in the Levant and Middle East during the third and fourth centuries. It is also of importance for Christians to know that Freemasonry claims to be the inheritor of the initiation mysteries of the Cathars, through the intermediary of the Knights Templars, whom their mythology says were also the holders of the same secrets the Cathars knew.

The Cathars were hard dualists. They taught that two eternal principles divided the universe. The good principle created the world of the spirits, and the evil the material world. Man was at the junction of the two principles. Humans are fallen spirits imprisoned in physical bodies. The soul originated in the good principle, but the material body is from the evil. The goal of spiritual life then is to seek liberation from the material by a spiritual puriﬁcation, which often necessitated a series of reincarnations. There are clear shades of the Hindu concept of dualism here.

Like many heresies, the Cathars claimed that their doctrine was the true Christianity and that the church was evil. They maintained Christian terminology, sounding like an orthodox Christian, but distorting the orthodox meanings behind the words used. They taught that Christ was the most perfect of the angels, and that the Holy Spirit is a creature inferior to the Son. They also rejected the Old Testament as the work of the evil principle, while the New Testament is the work of the good principle. They denied the Incarnation, the Passion and the resurrection of Jesus. In their rejection of all of these core principles of the historic Apostolic Faith, they clearly set themselves at odds with Christianity. And this makes sense when you consider they also believed the Church was corrupt from the time of Constantine’s donation, and they rejected all the sacraments testified to in Sacred Scripture and the writings of the Church Fathers. In Catharism what you really had was a form of paganism, with Christian terminology, which had more in common with Hinduism, Buddhism, Manichaeanism, and classical Gnosticism than the teachings of Christ and His the Apostles. The hard dualism found in Catharism, viewing the material world as intrinsically evil, informed the Cathar's ethics, which condemned all material activities and conceptions as also being inherently evil. Marriage and procreation were forbidden to the highest class of Cathar, because one must not collaborate in the work of Satan, who sought to imprison souls in their bodies. And since death constituted a liberation from the evil material world, suicide was actually considered a sacrament. The “endura,” a sort of clerical assisted suicide, was the sacramental withdrawal of nourishment from the sick and even sometimes from infants, to accelerate the return of the soul to the spiritual realm. Ultimately, the Cathar wished to attain a state of “dis-incarnation” similar to the goal of nirvana for Buddhists.

Obviously, such strict teachings wouldn't attract many disciples, so Catharism established two classes of faithful: the “Perfect” and the simple believers. The Perfect were the initiated, who lived in monasteries and conformed their lives to the Cathar Gnostic philosophy.

The Cathars also taught two degrees of moral order; asceticism for the minority and liberalism in matters of business and sexuality for the majority, with, in addition, the guarantee of eternal salvation at little cost. The believers, the vast majority of Cathars, were freed of all moral obligations, including in commercial and sexual matters. Debauchery, contraception, abortion, euthanasia, suicide, brutality, an intensely liberal moral fabric; all were permitted them. It was very similar to the morality of Leftists of today.

These facts mean it is historically inaccurate to claim the Cathars were innocent, pure Christians of non-violence, and upstanding morals. On the contrary, they formed a powerful and arrogant sect that advanced an immoral false doctrine, oppressed the orthodox Christian commoners wherever they held greater numbers, and persecuted orthodox Christian clerics. They even succeeded in assassinating the Grand Inquisitor, St. Peter Martyr. Not at all the gentle, innocent sect of popular ﬁction and myth. 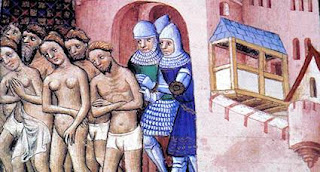 The church displayed great patience before taking measures against the Cathar threat. The Albigensian heresies were condemned by the regional Council of Toulouse in 1119, but, until 1179, Rome was satisﬁed with sending preachers into Languedoc, men such as St. Bernard and St. Dominic. These missions had little success though. In 1179, the Third Lateran Council asked the civil authorities to intervene. The king of France, the king of England and the German emperor had already begun, on their own initiative, the suppression of Catharism, which was threatening the social order by its moral and social doctrines, (which were rightly understood as an attack on the family) and their dishonest business practices, which were a violation of civil laws. Beyond that, it was a well known fact that Cathars wouldn't hesitate to give an oath and then violate it without a thought. Keep in mind that the feudal system rested upon the oath of one man to another. The destruction of the value of an oath was as dangerous for medieval society as would be the removal of the authority of law enforcement agencies for modern society. It was nothing less than an attempt at social insurrection.

In addition, the Cathar preachers were encouraging anarchy and directing armed militias, known by different names in different countries (“cotereaux,” “routiers,” “patarins” etc.). These bands were sacking the churches, massacring the priests and profaning the Eucharist. The Cathari, unlike the myth of pop revisionist history of today, were well known for their extreme violence and complete disregard of any civil authority, including the law. The King of France, Philip Augustus, had to send troops against a band of 7000 Cathar insurrectionists, and the bishop of Limoges had to march against 2000 Cathars as well. Germany and Italy too found themselves in the same position. In 1145, Arnold of Brescia and his “patarins” succeeded in seizing Rome and driving out the pope. They proclaimed a republic and remained in power for ten years before being conquered and condemned to the ﬂames by the German emperor Frederick Barbarossa. It was very clear that Catharism was nothing less than a revolutionary movement, very much in the spirit of the American Left today. In 1208, the men of Raymond VI, count of Toulouse, assassinated the pope’s legate, Blessed Peter de Castelnau. Finally, realizing he had to make a concerted effort to stop the spread of this socio-religious heresy, Innocent III decided to preach the Albigensian Crusade. It was led by Frenchmen from the north under the command of Simon de Monfort. The Cathars resisted for four years (1209-1213) and took up arms again in 1221, which demonstrates how string they were militarily, and how deep their heresy ran with the wealthy and titled. Their last fortiﬁed stronghold, Montségur, didn't fall until 1244. However, even after all of this, Catharism didn't disappear. It transformed itself into a secret society, not unlike that of Freemasonry.

As in all wars, the Albigensian Crusade was an occasion of excesses. There is no question that the civil authorities sometimes went too far, and that armies were given to immoral acts in the prosecution of the Crusade. The taking of Béziers (1209) was a horrible massacre. It was impossible to distinguish the Cathari from the Christians among the population of the city. The papal legate, Arnold de Citeaux, is reported to have said, “Kill them all. God will recognize his own.” The statement is most likely falsely attributed to him, but they reﬂect all the same an undoubted fact: the Cathars, who had for a long time been provoking the hatred of the common people because of their immorality and their practicing of usury, ran the risk of a popular lynching. But actions of the church prevented an even worse massacre by distinguishing between the heretics and the orthodox, and between the leaders and the followers, and by applying proportionate responses to the diverse degrees of involvement in the heresy.

Finally, the eradication of the Cathars can be seen as a humanitarian work. In severely punishing the leaders of a cult that sought the destruction of the social fabric and even the sovereign state, the church made sure to spare the vast majority of the Cathar believers, who were, in most cases, ignorant victims of the heresy, rather than responsible for it. In ferreting out the heretics who had gone underground,  the renaissance of Catharism was avoided, and of all the social and moral disorders that this doctrine brought with it.
Labels: Albigensian Crusade Cathars Christianity Expedition Truth Radio Gnosticism heresy J. Davila-Ashcraft secrets of the Cathars