Is Speaking in Tongues Biblical? 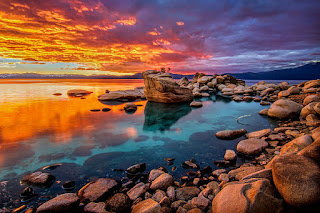 Most Christians have encountered the Charismatic movement at some point in their spiritual lives. It may have been simply a passing conversation with an adherent who claimed the supernatural ability to speak in a personal “prayer language”, or it may have been direct experience of witnessing the practice in a church service. Whatever the case, the issue of “tongues” is often divisive. What does Sacred Scripture have to say on the issue? And what did the early church believe about the gift of tongues? Is the activity we witness in Charismatic circles biblical, or is it a spiritual counterfeit?

I. Scriptural Evidence
The logical starting point for understanding this issue is Acts 2: 1-21. Here we have the first recorded account of the gift of tongues in the church. Previous to this event, Christ had told his disciples that they would be the recipients of supernatural assistance after His resurrection and ascension. (John 14:16-17) This assistance would be the direct indwelling of the Holy Spirit. Acts 1:4 tells us they were told to wait in Jerusalem for this special moment. The day finally arrived on Pentecost, 50 days after the resurrection. The Holy Spirit descended upon them and there was an amazing manifestation of His presence. (Acts 2:2-4) Scripture tells us there was a sound like a mighty wind, and flames divided and rested upon each of the twelve apostles and 120 disciples. “And they were filled with the Holy Spirit and began to speak in other tongues as the Spirit gave them utterance.” (Acts 2:4) Contextually we find nothing in the subsequent history recorded in Acts of this event that would at all lend itself to the idea that this was some mystical “prayer language”- the incoherent babbling witnessed in Charismatic churches. Acts 2:5-6 is very clear that the foreigners present all heard these faithful disciples speaking in their own languages. In other words, the contextual evidence is that the apostles and disciples were speaking very real earthly languages, which they had not studied or spoken prior to this event. No incoherent babbling, no falling on the floor and writhing, no shouting or animal noises, just clear earthly languages.

II. Paul's Teaching
The other important scriptural evidence that must be addressed is that of Paul's First Epistle to the Corinthians. Specifically 1 Corinthians 12: 27-31, and 13:1. In verses 27 and 28 Paul explains briefly the various offices in the church, and mentions that there are “various kinds of tongues”. Keeping in mind what we know from the earlier events of Acts 2, we know that Paul is referring to the various kinds of earthly languages around at that time. He also notes that, much to the chagrin of those Charismatics who suggest we all must speak in tongues or we are not truly saved, “Do all speak with tongues?” It is a rhetorical question that again, contextually, leads to an obvious answer of no, not everyone speaks in tongues. Next, Paul says something that is often twisted by Charismatic apologists. He writes in 1 Corinthians 13:1, “If I speak in the tongues of men and of angels, but have not love, I am a noisy gong or clanging cymbal.” This passing reference to angels is taken by Charismatics to mean the “prayer language” they engage in. It is, to them, an angelic language, and this verse is their proof text. This idea ignores entirely Paul's use of rhetorical language throughout the epistle, such as the previous questions regarding whether all are apostles, prophets, teachers, workers of miracles, etc. Paul is not suggesting there is an angelic language which believers can supernaturally speak, but is saying that no matter how many languages one has a gift for, if you lack love it is a worthless endeavor. In fact, in 1 Corinthians 13:21, Paul specifically addresses the futility of speaking a language one's listeners cannot understand! In 1 Corinthians 14:14, Paul writes that the person who does so also “builds himself up.” Rather than being a positive, Paul is actually making a negative comment on the practice. In short, it puffs one up in pride. John MacArthur, writing of the Charismatic misunderstanding of this verse states:

“The first verse they assume, speaking in an unknown tongue, builds someone up, when in fact; Paul was saying it in a negative sense. It puffs your ego...”1

Finally, it is important to note that nowhere else in Scripture is the word tongue ever considered anything but a very real earthly language.
III. The Patristic Witness
The uniform witness of the early church is that the gift of tongues is the gift to speak an earthly language one had not previously known.

“In like manner, we also hear many brethren in the church who possess prophetic gifts, and who through the Spirit, speak all kinds of languages, and bring to light for the general benefit the hidden things of men.”- Irenaeus2

“This is He who places prophets in the church, instructs teachers, directs languages (tongues), gives powers and healing, does wonderful works..”- Novatian3

Even given the fact that this gift was in operation in the early church, the clear witness is that they took Paul seriously and considered other gifts of more importance to the church.

“Paul, too, in this list of charismata bestowed by God, placed first the “word of wisdom”. Second, as being inferior to it, there is the “word of knowledge”. Third, and lower down there is faith. And because he regarded the Word as higher than miraculous powers, he for that reason placed workings of miracles and gifts of healing in a lower place than the gifts of the Word.”- Origen4

“Therefore, it is no ordinary individual whom you will find to have participated in divine wisdom.”
- Origen5

They also took Paul's admonition regarding love quite seriously, as we witness in just a few of the many quotes on the issue.

“Jesus commanded us to love even our enemies..”- Justin Martyr6

“All of us pray for you, and for all men, as our Christ and Lord taught us to do. For He commanded us to pray even for our enemies, and to love those who hate us...”
- Justin Martyr7

“Our religion commands us to love even our enemies, and to pray for those who persecute us...For everyone loves those who love them. It is unique to Christians to love those who hate them.”- Tertullian8

“He said it's a very dangerous thing and this is what he wrote in his own words, "The enemy of the soul is ever ready to take advantage of an out of control situation, and thousands of Christians can testify with regret to the end results. Such experiences not only give Satan an opening he is quick to exploit, they can be physiologically damaging to the individual. Charismatic writers are constantly warning tongue speakers that they will suffer a letdown, this is ascribed to the devil and the reader is urged to get refilled as soon as possible. So the seeker for experience goes back through the ritual again and again, but begins to discover something. Ecstatic experience, like drug addiction requires larger and larger doses to satisfy. Sometimes the bizarre is introduced; I've seen people run around a room until they were exhausted. I've seen people climb tent poles, laugh hysterically, go into trances for days, and do other weird things, as the high sought becomes more elusive. Eventually there is a crisis and a decision is made; he will sit on the back seats and be a spectator, fake it, or go on in the hope that everything will eventually be as it was. The most tragic decision is to quit and in the quitting abandon all things spiritual as fraudulent. The spectators are frustrated, the fakers suffer guilt, the hoping are pitiable, and the quitters are a tragedy. No, such movements are not harmless," end quote.”

What must be said is that the concept, as practiced by Charismatics, is not biblical, does not find its roots in the early church, and reflects in all its manifestations the same experience witnessed in animistic religions and shamanic trance states. It is my opinion that speaking-in-tongues, as practiced by Charismatics, is of diabolic origin and should be opposed by learned Christian apologists and pastors.