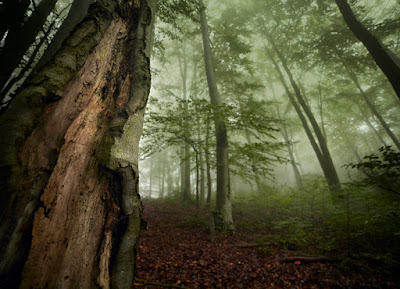 It isn't too much to say that few of Anselm's critics have understood his argument. They think it is sufficient to adopt an illustration employed by Kant, and to say that we can't prove the existence of a hundred dollars from the idea of them, no matter how good the dollars are supposed to be. This refutation of Anselm's argument really misses the point of that this is an effort to discriminate between the idea of God and all other ideas. Gaunilo's objection comes closer to the point than Kant's does. Anselm argued that existence must belong to one idea, though to one only, namely, the idea of that other than which nothing greater can be conceived. To say, as Kant does, that the idea of a hundred dollars doesn't involve their existence, is quite irrelevant, since we can easily conceive greater things than a hundred dollars. On the other hand, Gaunilo's idea of a perfect island was at least the idea of something perfect or complete of its kind. Nothing greater of its kind could be conceived. We can, however, conceive something of a greater kind—perfect of its kind, and of a kind more perfect.

Scotus, and, long afterwards, Leibniz, both put their finger on the weak spot, and pointed out that the argument was inconclusive because the mind can't affirm with certainty that an infinite nature is possible.

Descartes Weighs In
Descartes' version of the argument isn't materially different from that of Anselm. It is worthwhile, how-ever, to see how it takes its place in his system. According to him, the concept of God is an innate idea. He denied, as is well known, what appears to be so evident, that through sense-perception we possess direct cognition of the external world, and held that the direct object of knowledge is always internal and spiritual; that we have no immediate knowledge of anything except the ideas within the soul. These ideas he distinguishes into 'adventitious' and 'innate.'
Adventitious ideas include all particular perceptions. These appear to inform us of the existence of a material world outside us; yet it would be rash to accept their testimony on this point without further guarantee. As innate we must reckon our universal ideas, and all common notions, i.e., axiomatic truths. These can't come from without: no particular impression can be the cause of a universal idea. Are, then, these innate ideas capable of giving us valid knowledge? And if so, what can we gather from them? He answers this question by the application of his criterion of truth, viz., clearness of conception. If the innate ideas are tested by this criterion, it appears that they convey perfectly valid knowledge, but in reference only to possible existence, not to real. The note of possible existence is attached to every nature thus intellectually conceived. Any one of them could be actualized in a real external order of things. Yet there is among them one that differs from the rest—the idea of God. This contains the note, not of possible, but of real existence. It is the idea of a supremely perfect Being, and a Being can't be conceived as supremely perfect unless it is really existent. God, therefore, exists. The argument can be stated thus:
In God's existence he finds a satisfactory basis for certainty regarding the reality of an external world. Since adventitious ideas must come from myself, from God, or from an external corporeal world. They don't come from myself, since they come often against my will. They don't come from God, since He wouldn't deceive me. There is, therefore, an external world. The criticism of Anselm's form of the argument is true here. Our idea of the supremely perfect being containing the note of necessary existence isn't obvious in the sense that is necessary for the validity of the reasoning. We can form such ideas of geometrical figures. The intellect knows beyond all doubt that these contain no contradictory elements, and that, therefore, possible existence can be argued, but we have no such certainty regarding the concept of supreme perfection. For all we know, some impossibility might be involved in such a nature. That this isn't the case must be demonstrated. Descartes' contention that the idea isn't gathered from created things, but forms part of the soul's initial endowment, seems to lend some clarity to his conclusion that the idea can't be a figment of our own minds, but must represent objective reality. However, as we've previously pointed out, his whole theory of innate ideas is baseless. The idea of God, the perfect Being, stands in no need of recourse to any such hypothesis. We reach it without difficulty by considering the finite perfections of the created world, and then forming a negative idea, in which perfection is conceived without any limit.