The Law of Identity and the Soul 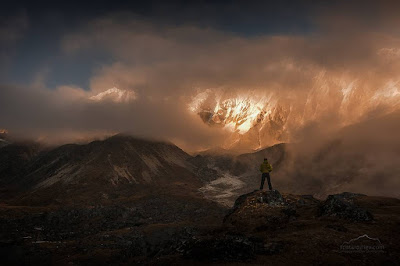 The scientific method is only adequate in the evaluation of the material universe, which means the physical sciences are largely insufficient to test, discover, or explain immaterial things. This would include the immaterial concepts and laws of logic, mathematics, objective morality, self introspection, and even the order of science itself. If the question at hand is of a transcendental nature (beyond the natural), the suggestion that we subject those questions to the scientific method is an absurdity.

The human soul is just one of many transcendental issues science isn't capable of addressing. Yet there are sound, logical arguments for the existence of the soul. For example, the Law of Identity. This Law, when applied to the question of the human soul, tells us, if I have the property of being possibly disembodied, but my body doesn't have the property of possibly being disembodied, it logically follows that I am not the body. In other words, if it isn't logically incoherent to conceive of the idea that I could exist apart from my body, then it logically follows that I'm something more than just the physical, material body. There is a property that I possess that my material body doesn't, and, therefore, my material body and I aren't identical. That is, I'm not simply the physical body. This "I" that is observing this fact is something other than matter, and is what we know as the soul. And even if we entertain the idea that there is no life after death, logically speaking, I'm at the very least the type of being that could potentially exist after my body dies.

Since this is a logically coherent concept, the Atheist Naturalist is illogical to deny the possibility that we are something more than the body or electrical activity in brain matter. If it is logical that I'm the kind of being that can exist disembodied, then, logically, I'm not my brain either. Since I have the potential to exist disembodied and without a brain, but my brain can't exist without my body, this argues that there is also something true of me that isn't true of my brain. We can state our argument as follows:
In Christian philosophy and theology we refer to the composite state of human existence as substance dualism. The Atheistic Naturalist will likely counter our argument with the problem of interaction. That is, the question of how an immaterial soul can cause matter to do anything. While we do have scientific evidence supporting the fact that this does indeed occur, explaining how it occurs is more problematic. Not long ago, the psychiatry department of the UCLA, in studying obsessive compulsive disorders, came to some interesting findings. The study of self-directed neuroplasticity demonstrates that the way you think, even if it violates your current neural pathways, can "rewire" your neural pathways (the physical grooves in brain matter), changing your brain chemistry to work more efficiently in the way you choose to use them. This is significant evidence that one's immaterial thoughts actually change the material brain. Applying the Law of Identity to this tells us:
Unlike the Atheistic Naturalist claim that brain chemistry is the driving force at work, an immaterial will is actually in control. For every action you take, there is a chemical cascade which is secondarily  initiated by the brain, but a choice your immaterial self made prior to that action caused the chain of events. This being true, it logically follows that you are not your brain. The scientific data demonstrates that we have some degree of sovereignty over neurological systems through our immaterial will.

The Apostle Paul taught something consistent with this.

"We destroy arguments and every lofty opinion raised against the knowledge of God, and take every thought captive to obey Christ.."-2 Corinthians 10:5

"Do not be conformed to this world, but be transformed by the renewal of your mind, that by testing you may discern what is the will of God, what is good and acceptable and perfect."-Romans 12:2

The scientific data indicates we can do exactly what the Apostle encourages us to do, because we are more than the body, we are composite beings of physical body and immaterial soul.
Labels: Apologetics argument for the existence of the soul Christian philosophy J. Davila-Ashcraft Law of Identity Science and Faith the human soul theology