Enoch and the Origin of Evil 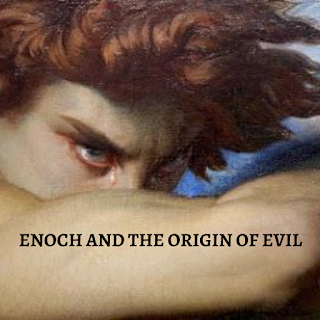 Anyone who has studied hermeneutics (the science of biblical interpretation) understands the impact interpretation has on how we view the Gospel in relation to our own lives and the world around us. One of the most important principles the theologian must keep in mind with regard to interpretation is that any passage(s) should be understood as the author intended the passage(s) to be understood by his original audience. This means we must make it our primary task to discover what the accepted knowledge of the people of that time and place was with regard to the particular subject at hand. For example, with the New Testament we have to first read and understand the writings as the original 1st century audience did. This is part of the contextual examination of Scripture. From there we begin the process of discerning how to apply those same truths truths to our current time and place. This is what is often called the "Hermeneutical Bridge". This is not surprisingly the approach we find consistently in the writings of the Church Fathers.

I say this to inform my reader of my own approach as I delve into biblical angelology, demonology, and spiritual warfare. It is important to say at the outset that none of the information that follows is unique to me, nor are the ideas contained herein mine. They are a part of the historical deposit of the Christian Faith, and are known to most Biblical scholars today, though rarely spoken of outside academic circles. We can point to Dr. Mike Heiser, Biblical scholar and expert in Semitic Languages, as the one who broke this mold, so to speak, with the publishing of his books "Reversing Hermon" and "Unseen Realm". The bulk of my own research is inspired by his work.

One of the errors that I have been guilty of in the past is of sanitizing both Scripture and the Church Fathers; explaining away problematic statements. Statements which are only problematic if one imposes 21st century Rationalism and, to some extent, anti-Supernaturalism, on the texts in question. In challenging myself to explore these issues deeply, and from a scholarly/academic approach, I have found such whitewashing of Sacred Scripture and the Patristic witness of the early church to be an egregious error, which I hope can be corrected by stalwarts such as Dr. Heiser.

The Origin of Evil
The question of the origin of evil is one most apologists are familiar with, and while we often offer an anthropological answer, the Church Fathers would have offered three reasons for the existence of evil in our world;
As Dr. Michael Heiser puts it, "What happened in Genesis 6:1-4 is part of what the Messiah had to reverse." And as we delve into this topic we will see that 1st century Jews did not envision the Messiah only as a King, but also the one who would reverse the destruction wrought by Satan and the Watchers; He would redeem the entirety of the cosmos partly by destroying the power base the rebellious angels had established.

"Now, Enoch, the seventh from Adam, prophesied about these men also, saying, "Behold, the Lord comes with ten thousands of his saints, to execute judgment on all, to convict all who are ungodly among them of all their ungodly deeds."- Jude 14 (Quoting the Book of Enoch)

Enoch
While the Book of Enoch is not considered canon today (It is found in the official canon of only one church- the Ethiopian Orthodox), for many reasons, it was regarded as Scripture by the Essene faction of Judaism, as well as many of the Church Fathers. Thus, we find such early Christian theologians as Origen, Tertullian, the author of the Epistle of Barnabas, Clement of Alexandria, and Anatolius quoting from it liberally. This use of the Book of Enoch is not without merit, as the book does indeed connect well to both the Old and New Testaments. For example, Enoch writes of "Watchers", an angelic order. We find this very same order referred to in Daniel 4:13,17, 23.

"In the visions I saw while laying in bed, I looked, and there before me was a holy one, a messenger, coming down from heaven.."- Daniel 4:13

The Aramaic word "irin" (holy ones) used in the Hebrew of this verse is also translated as "Watcher". The Book of Enoch details the history of these Watchers, or at least one group of them, who descended to Mt. Hermon, and whose central transgression was marriage to human women and the subsequent procreation of offspring known as "giants", or Nephilim. We should be careful not to ascribe to these beings the qualities of the "jolly green giant", as many folk theologians do, as that is not, I believe, what is intended by the word. Instead it seems to imply great strength, great abilities, as well as an above average height for that time.

Eventually, due to the great sins of the Watchers and Nephilim, God sends the flood to cleanse the earth and the Nephilim became "unclean spirits"-demons. We find this Enochian history being accepted as fact by many Church Fathers.

"The angels (Watchers) transgressed this appointment and were captivated by love of women. And they begat children, who are those who are called demons."- Justin Martyr

"In the Days of Noah, He justly brought on the Deluge for the purpose of extinguishing that most infamous race of men then existent, who could not bring forth fruit to God. For the angels who had sinned had commingled with them."- Irenaeus

"Such was the beauty of women that it turned the angels (Watchers) aside. As a result, being contaminated, they could not return to heaven. Being rebels from God, they uttered words against Him. Then the Highest uttered His judgment against them. And from their seed, Nephilim are said to have been born....When they died, men erected images to them."- Commodianus

"It is on account of the angels (Watchers)- those whom we read of as having fallen from God and from heaven because of lusting after females.."- Tertullian

There are many other examples of an acceptance of Enochian history, but these suffice for our purposes here.

The Sin of the Watchers
"1. And it came to pass when the children of men had multiplied that in those days were born unto them beautiful and comely daughters. 2. And the angels, the children of the heaven, saw and lusted after them, and said to one another: 'Come, let us choose us wives from among the children of men and beget us children.' 3. And Semjâzâ, who was their leader, said unto them: 'I fear ye will not indeed agree to do this deed, and I alone shall have to pay the penalty of a great sin.' 4. And they all answered him and said: 'Let us all swear an oath, and all bind ourselves by mutual imprecations not to abandon this plan but to do this thing.' 5. Then sware they all together and bound themselves by mutual imprecations upon it. 6. And they were in all two hundred; who descended ⌈in the days⌉ of Jared on the summit of Mount Hermon, and they called it Mount Hermon, because they had sworn and bound themselves by mutual imprecations upon it. 7. And these are the names of their leaders: Sêmîazâz, their leader, Arâkîba, Râmêêl, Kôkabîêl, Tâmîêl, Râmîêl, Dânêl, Êzêqêêl, Barâqîjâl, Asâêl, Armârôs, Batârêl, Anânêl, Zaqîêl, Samsâpêêl, Satarêl, Tûrêl, Jômjâêl, Sariêl. 8. These are their chiefs of tens."- Enoch 6 (R.H. Charles translation, 1917)

As already noted, the sin of the Watchers was that they sought to marry human women, and through them to raise up their own nations in imitation of the Creator. What lurks behind this act of rebellion is jealousy of the procreative mandate of Man, his creation in the image and likeness of God, and a lust for experiences of the flesh and for power. Their sin ultimately led to the Flood, wherein all life on earth save a few were destroyed by God. Interestingly, the Hebrew root word for Hermon means, "devote to destruction".

The connection of Enoch to Sacred Scripture can be easily demonstrated. For example:

"1.When man began to multiply on the face of the land and daughters were born to them, 2 the sons of God saw that the daughters of man were attractive. And they took as their wives any they chose. 3 Then the Lord said, “My Spirit shall not abide in man forever, for he is flesh: his days shall be 120 years.” 4 The Nephilim were on the earth in those days, and also afterward, when the sons of God came in to the daughters of man and they bore children to them. These were the mighty men who were of old, the men of renown."- Genesis 6:1-4

If we divorce these verses from the historical, literary, and cultural context given to them by Enoch, they make very little sense, and certainly seem out of place. This is why it is important to understand them as did 1st century Jews and Christians, since this illuminates the biblical text for us and helps to "flesh out" obscure concepts such as that presented in Genesis 6.

I believe this also helps inform our angelology, demonology, and spiritual warfare. The Church Fathers taught that the Nephilim, after the Flood, became what we know in Christian theology as demonic spirits. (Enoch 15:9; 11-12; 16:1)

"...the souls of the Nephilim, who are the demons.."- Athenagoras

"Being depraved themselves, they infuse others into the error of their depravity...The poets know that these spirits are demons."- Mark Minucius Felix

These very same disembodied Nephilim- now demons-were recognized to be the very pagan deities so popular in the surrounding culture.

"From the seed (of the Watchers), Nephilim are said to have been born...When they died, men erected images to them...And it is these whom you (pagans) presently worship and pray to as gods."- Commodianus

"However, those who were born (from the Watchers)- because they were neither angels or human, but had a mixed nature- were not admitted into Hades (when they died)...Thus, there came to be two kinds of demons: one of heaven, the other of the earth. The latter are the wicked spirits, who are the authors of all the evils that are done."- Lactantius

"In my opinion, it is certain wicked demons ( so to speak, of the race of Titans or Nephilim) who have been guilty of impiety towards the true God."- Origen

Note the specific use of the term "Titans" for these Nephilim. In Greek pagan mythology, the Titans were the second generation of divine beings, descended from a group of primordial deities who were said to have descended to a mountain. Sound familiar? It should, since this is exactly what we find in the Book of Enoch, and find corroborated in Genesis 6:1-4 ("the mighty men who were of old, the men of renown"), as well as the Epistle of Jude.

Dr. Michael Heiser and researcher Derek Gilbert have noted a very clear connection of the Enochian history to Mesopotamian paganism- specifically the story of the Apkallu. The Apkallu are ancient pagan heroes who were said to be in the service of an entity known as EA. All of these beings were said to exist before the Flood. Like the Enochian history, these entities were said to have taught various skills to humans, and obviously mated with human women, since after the Flood, as the Mesopotamian record tells us, the only surviving Apkallu are said to be of human descent, and no longer divine. One of the four surviving mixed Apkallu is none other than Gilgamesh. It is worth noting that the Essenes mention Gilgamesh in connection to the Nephilim as well, in the Book of the Giants, found at Qumran. I encourage readers to obtain copies of Dr. Heiser's works, as well as Derek Gilbert's book "Last Clash of the Titans", for a thorough, academic exposition of the topic.
Labels: Apologetics Book of Enoch Christian theology Church Fathers Derek Gilbert Dr. Mike Heiser J. Davila-Ashcraft Nephilim Patristics Watchers