The Argument from Degree 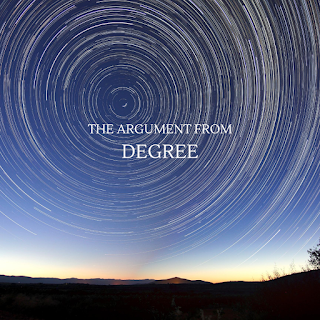 Many critics cite the presence of bad people in the church as a reason to reject the existence of God. After all, if God really exists, why would He permit less than perfect examples of His church? One of the good arguments to use is that known as the Argument from Degree. The fact that we have an understanding of greater or lesser goodness, nobility, morality, etc., actually points to the existence of God.


Thomas Aquinas used this Henological Argument, and in his form, looked like this:

We could also apply this to being and consciousness:

Dr. Robert Schihl, one of the founders of Regent University, proposed the following form:

1. Objects have properties to greater of lesser extent.
2. If an object has a property to a lesser extent, then there exists some other object that has the property to the maximum possible degree.
3. So there is an entity that has all the properties to the maximum possible degree.
4. Hence, God exists.
Labels: Apologetics Argument from Degree arguments for the existence of God Being consciousness Dr. Robert Schihl J. Davila-Ashcraft Thomas Aquinas