The Argument from Consciousness 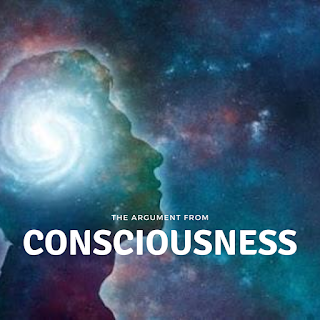 The problem consciousness presents for Materialists is significant. The apparent dualistic nature of the material body and the mind (consciousness) defy purely physical explanation. This area of study is also sometimes referred to as Metaphysical Dualism. Metaphysical Dualism, in the sense it is used here, refers to the specific questions in the study of the nature of humanity. We can break this area of study down into two categories:


It is no secret that the world's great philosophers have grappled with the question of the interplay between mind and body for centuries, as have theologians. What has emerged from their studies are three basic options:


1. Materialist- This position addresses the issue with the presupposition that it is merely one of understanding how the physical body works. In other words, the mind (consciousness) is nothing more than electrical impulses in brain matter, and nothing more. Remove the electrical impulses, and the mind ceases to exist. Playwright W. Somerset Maugham gave expression to this position: "The highest activities of consciousness have their origins in physical occurrences of the brain just as the loveliest melodies are not too sublime to be expressed by notes." Herbert A. Simon, political scientist and economist, expressed the same view. He wrote, "We invented a computer program capable of thinking non-numerically, and thereby solved the venerable mind/body problem, explaining how a system composed of matter can have the properties of mind." Finally, Francis Crick, in his The Astonishing Hypothesis: The Scientific Search for the Soul, wrote: "People often prefer to believe that there is a disembodied soul that, in some utterly mysterious way, does the actual seeing, helped by the elaborate apparatus of the brain....on the contrary, that is not the case...it's all done by nerve cells." This view is the default view of the vast majority of Atheistic Naturalists.


2. Idealist- This position attempts to address the issue from the perspective that the mind having an effect on the material (the body). The famous philosopher Plato (427-347 B.C.) is one example of this school of philosophy.


3. Dualist- This position holds that neither the body nor the mind are reducible to the other. Beyond this simple statement, various of those individuals holding this view have very precise nuances that make each slightly different. This is the position of Thomas Aquinas.


This third position is the most biblical of the three. There are, of course, arguments as to the specifics of this Body/Mind dualism. For example, are the body and mind so different that the interaction between the two is simply a mystery? Others ask whether the very essence of what it means to be human is the mind. It seems to me that the closest solution to the Mind/Body problem, and the one most in conformity to Sacred Scripture, is as follows: Humans are created specifically to exist as beings of both mind and body. Neither on its own is the essence of what it is to be human, but both constitute the totality of Man, and thus together are the essence of what it is to be human. This conforms to the biblical account, as recorded in Genesis 2:7.

"...then the Lord God formed the man of dust from the ground and breathed into his nostrils the breath of life, and the man became a living soul."

In addition, Jesus made a distinction between these two constituent parts of humanity in Matthew 10:28.

"And do not fear those who kill the body but cannot kill the soul. Rather fear Him who can destroy both soul and body in hell."

The Church Fathers seem to have embraced dualism as well.

Clement of Alexandria noted that, "It appears to me that man is like a centaur...compounded of...soul and body."

Lactantius reflects on this dualism as well. "He clothed and covered man's spirit with an earthly body..." He goes on to write, "Man consists of soul and body- that is, from heaven and earth."

And Irenaeus writes, "Both (body and soul) are revealed to the world as but one. For the soul was not prior to the body in its essence. Nor, in regard to its formation, did the body prece de the soul. But both of these were produced at one time."


The Argument from Consciousness is, therefore, a legitimate argument for the existence of God. One form is:

Peter Kreeft offers his own version based on the intelligibility of the universe despite the limitations of the human mind.