Mary's Role in the Gospel 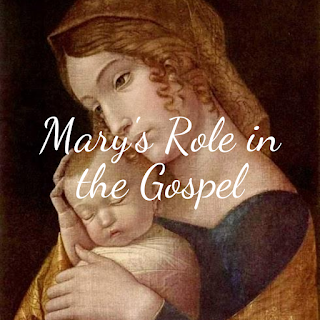 The Roman Catholic and ethnic Orthodox Christian churches are known, among other things, for their distinctive views on, and veneration of Mary, the mother of Christ. There are prayers offered to her asking for her intercession, processions in her honor, statues erected to many claimed apparitions of her, and a rosary dedicated to her. On the other side of the equation are those Christians who, for the most part, have little to nothing to say about Mary. It should be our goal to be as consistent as possible with the biblical witness, first and foremost, but also with the Apostolic traditions passed on by the disciples of the Apostles, and their direct students, all of whom form the collective wisdom of the Church Fathers. So, what did these Church Fathers believe about her?

Her Obedience
It is clear from their writings that Mary is to be esteemed because of her obedience and faithfulness, thereby making it possible to reverse the effects of Eve's disobedience. Mary is then an example of true womanhood in her submission to the will of God even under the most difficult of circumstances. Also, the fact that she was declared by the angel to be "full of grace" and therefore likely in a state of entire sanctification tells us that she is an exemplary holy woman.

"He (Jesus) became man by the virgin, in order that the disobedience which began with the serpent might receive its destruction in the same manner in which it derived its origin. For Eve, who was a virgin and undefiled, having conceived the word of the serpent, brought forth disobedience and death. But the virgin Mary received faith and joy when the angel Gabriel announced the good tidings to her that the Spirit of the Lord would come upon her."- Justin Martyr

Her Virginity and Children
Mary was not considered by the Church Fathers to be a perpetual virgin. This is a pious myth that crept in later in church history. There is a potentially dangerous association between the concepts of Mary as a perpetual virgin and her literally being without sin. While Mary was likely in a state of entire sanctification (meaning she did not commit willful acts of sin), she was still born with Inherited Depravity, could still commit a sin of ignorance, and thus still needed a Redeemer.

Some actually promote the concept that Mary was a perpetual virgin because of an underlying Gnostic theology of sex which labels the procreative act as intrinsically sinful, much akin to Augustine's theology of sexuality and the fall of man. This concept must be rigidly opposed, because God, the author of sexual intimacy, designed humanity with this function, and pronounced it good. (In other words, sex itself is a positive thing, only its misuse is gravely sinful). Augustine was clearly influenced by his previous Manichaean philosophy, as at least a few of his contemporaries argued.

It is also a very clear Biblical fact that Mary had other children.

"There still survived some of the kindred of the Lord. There were the grandsons of Jude, who according to the flesh was called His brother."- Hegesippus

"Jude, who wrote the catholic epistle, was the brother of the sons of Joseph." - Clement of Alexandria

Mary as Theotokos
Early on in the history of the church (by the 4th century), we find the first mention of Mary as Theotokos- Greek for "God-bearer". The Biblical evidence and the consensus of the undivided church demonstrate that it was an orthodox belief that she is indeed the Theotokos- the "God Bearer". To suggest she is not the Theotokos is to suggest there is a division in Christ's humanity and divinity, which is a grave heresy.

"The Spirit could not abide upon all men, but only on Him who was born of Mary, the God-bearer."
- Disputation of Archelaus and Manes

As we can see, the Church Fathers and earliest Christians possessed a healthy respect for the Blessed Mother. However, we find no hint of the dogma of Mary's "Immaculate Conception", nor of  the "Assumption". We also find no evidence of prayers or devotionals in her honor, nor of titles such as the "Queen of Heaven", nor "Co-Redemptrix". Such things are idolatrous and should be resisted fervently by the Faithful. Mary's role was to be the human mother of the Messiah, to be given the honor of raising Him from infancy to adulthood, of knowing Him more intimately than any other human, and of seeing her Son save all of humanity from their sins, and of being a continual example of surrender to God, even when it is most difficult.
Labels: Blessed Assumption Christian theology Church Fathers Ever Virgin Immaculate Conception J. Davila-Ashcraft Marian theology Mary Queen of Heaven Theotokos