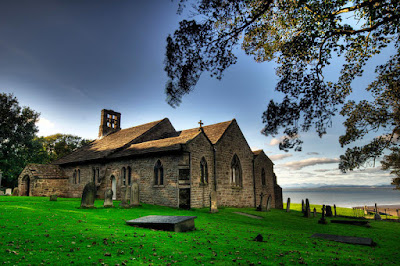 Although the entirety of Christian doctrine requires knowledge and diligence on the part of both layman and the minister, that of the Sacraments, which is necessary by the ordinance of God, demands a specific care since Christ taught us, "Don't give dogs what is holy..." (Matthew 7:6) What follows is an attempt to explain the nature of something holy; namely, the sacraments of Baptism and the Eucharist, or Lord's Supper.

What is a Sacrament?
A sacrament is an outward sign of inward grace instituted by Jesus Christ, by which grace is given to the soul. The word 'sacrament,' in ancient times, was used to express the obligation of an oath, and the oath by which soldiers promised their service was called a 'military sacrament.' This is the ordinary meaning of the word found in historical writers. In its theological sense the word is used to signify a sacred thing hidden and concealed. Another way to convey the same idea is the word 'mystery.' Its a word of ancient usage, and appears in the writings of Jerome and Augustine.

We have no evidence that there were sacraments before the Fall of Man. In fact, they very likely wouldn't exist if Adam had not sinned. They wouldn't be necessary in a state of innocent holiness, not for the forgiveness of sin, as there would be no sin, and not for grace, since Man would have been in a state of constant grace.

Under the Mosaic Law, that is, in the period from Moses to Christ, all agree that Sacraments existed. Although the Church Fathers and theologians teach that there were sacraments of the Mosaic Law, they are not precise as to their number. Sometimes their number depended on the sect of Judaism to which one belonged. For example, the Essenes had more sacraments than the Pharisees and Sadducees. At any rate, they are generally divided into three classes:

1. Those that gave to the Israelites and to the Kohanim (priests) a title or character for the worship of God. Such was circumcision for all the people, and the consecration of priests for the Divine ministry;

2. the sacred rites used for sacred things and sacred duties, such as the eating of the Paschal Lamb and the loaves of proposition for the priest ;

3.) rites and ceremonies for reparation and expiation, such as the ceremonies of general expiation for the people, and the ablutions of the hands and feet of the priest.

All these sacraments of the Mosaic Law were instituted by God. They produced two kinds of effect: exterior or legal sanctity, and interior sanctity.

It is commonly taught that they didn't of themselves, nor of their own virtue and power, or, to use theological terminology, ex opere operate, produce interior sanctification; but they did so by reason of the dispositions of those administering or receiving them, or by virtue of faith in the future Messiah testified to symbolically in the sacraments, and attached to their ministration. This view is consistent with Sacred Scripture. Thus, the Apostle Paul refers to them as weak and needy elements, and he says that the blood of goats and oxen can't take away sin. On the other hand, he speaks of justification by the faith of pious men in the coming Redeemer.

Three things are essential to a sacrament:
An Outward or Visible Sign
The visible sign is that which is perceived by the senses, which indicates something else which is not perceived, as the rainbow was a sign or pledge to Noah that God wouldn't destroy the world by a flood again. The miracles of Moses were signs and pledges to Pharaoh of his Divine mission. These signs aren't invented by man, but appointed by God to signify the interior grace which He confers through them. In the sacraments, the things which are seen, and the word's which are spoken, are the sensible signs of the grace, but the supernatural action is not perceived by the senses; thus, in baptism we hear the words that signify the interior reality that occurs during the exterior action of immersion in water signify the cleansing from sin and the New Birth.

The same can be said of the Lord's Supper. The sensible signs are perceived, that is, the bread and wine and words of consecration, while our senses don't normally perceive the supernatural action, which is the presence of Christ in our observance of His Supper, and the grace received by our worthy participation.

Its true that God can and does communicate His grace to our souls without the use of any external sign or means, and if He has appointed external means it has been for reasons of His own Divine wisdom.

The Institution by Christ
It is a dogma of Christianity that the sacraments were instituted by Christ. He instituted them when yet on earth. The Eucharist and Baptism He instituted by direct example and command. The reason is because He alone, Who is the Author of grace, has the authority to determine when and how that grace is given. Some would add Matrimony to the list of Sacraments, which I would have no argument with as it does signify a sacred covenant between one man and one woman and God, and God certainly bestows grace on such a union.

The Power of Conferring Grace
The sacraments aren't merely signs of grace like the sacraments of the Mosaic Law. They're instituted to produce grace; they're efficacious signs of it; they contain it and effect its production directly by virtue of the power given them by Christ Himself. As to the question, how can these material things produce in the soul a supernatural transformation, the answer is that God is the principal Agent in this transformation, and it is no more impossible for Him to renew His creature to His own image than it is for a painter to reproduce on canvas by his hand and brush the conception of his mind. God has often condescended, even outside the sacraments, to use material things as the means of supernatural grace. Thus, the Israelites were healed by looking at the brazen serpent set up by Moses. Naaman was healed by the waters of the Jordan; the man born blind was cured by our Savior with a mixture of dirt and spit. The sacraments were instituted for our sanctification, which is the effect of the grace of God that they produce in the soul.
Labels: baptism Christian Sacraments Christian theology Eucharist J. Davila-Ashcraft Lord's Supper Sacraments Truth Aloud Apologetics