UFOs, Aliens, and the Bible 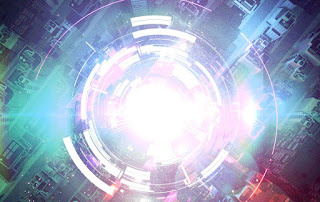 It isn't uncommon for me to be confronted with the issues of UFO’s and alien abductions in my ministry as an Apologist. Some seek to challenge the legitimacy of the Christian faith by means of the subject matter, while others are sincerely seeking answers that will help them understand the topics in light of their faith. Unfortunately, with so much fallacious information out there in books and on television, it is hard for the average person to discern fact from fiction. Let me say clearly that I do believe in the validity of the abduction experience and in UFO sightings. I have personally been witness to a very dramatic UFO sighting. That said, I want to deal with this topic fairly and not simply dismiss it out of hand as many Apologists do. I don't think such a response is fair, nor is it intellectually honest. If there is data to bring the question to the table in a serious manner, and there is, then we should be ready to give an answer to those who ask us about it. This leads me as both someone who has seen a UFO (I'm not suggesting I saw a craft from another planet. I use that term in its strictest meaning-unidentified flying object, with NO implications beyond that), and as an Apologist, to address the following questions:
What Are They? Where Are They From?
Firstly, the term “alien” is a matter of semantics, and can have different meanings depending on context and intention. Thus we see “illegal aliens”, “aliens from space”, and the more theologically sound term (at least for our purposes in this article) to refer to something foreign to our common experience. Taking this as my definition for “alien” I can say without a doubt that some of the claimed experiences have indeed been with something "alien". This doesn't mean we're talking about beings flying here from the planet Zolton B. In fact, there seems to be a very earthly component to many sightings and experiences, which points to what could perhaps be "Black Ops" programs being conducted by various governments throughout the world. A good rule of thumb when it comes to advanced technologies that our nations might possess is to look at the most advanced we have in the public square, and then project how that technology might look in 25 to 35 years, and you have a good idea of just what our government and military aren't sharing yet. Many UFO sightings are mistaken conventional aircraft, drones, satellites, and in some cases atmospheric phenomena. These cases however, don't at all negate the fact that there are significant examples of something clearly beyond these likely scenarios. I'm persuaded that something strange is indeed going on that is beyond the natural.

As for where they come from, the Christian answer that suits both theology and science is simply that, in those rare cases wherein we have exhausted all other possibilities, and are left with nothing of a natural explanation, then we can cautiously propose the opinion that they come from another reality that exists side by side with ours so intimately that they are able to travel between each with relative simplicity. This still doesn't support the notion of beings from another planet, mind you, only that we're dealing with something "alien", or foreign to our normal experience.

Who Are They? What Are They Doing?
Again I want to caution against the easy answer that demons are the answer to all cases of UFO sightings or abduction scenarios. There are a wide variety of other human possibilities for these experiences, as previously mentioned. Beyond even those natural explanations we have to also take into consideration the potential for false memories, psychological warfare programs, mental illness, and even downright lies. When dealing with those rare unexplained cases, we can propose a theological answer. However, even with that, we have to admit that Sacred Scripture doesn't address the subject of UFO’s in any overt way. The Bible deals with the issue of Man and his relationship to God; the fall of humanity, the degeneration of creation, and its redemption back to God through the sacrifice of Jesus Christ. There is no room in Christianity for the New Age or Occult theories about aliens being our space brothers coming here to show us the way to some glorious New World Order of peace and prosperity, nor of alien monsters bent on taking over the earth. Though many abductees come out of their experiences with these messages or conclusions, we need to reject such ideas, certainly more so if they're coming from a purported "alien being". I also must note a connection between these messages and the stated goals of the "Aquarian Conspiracy" of Cultural Marxists in pursuit of a Global government and mono-culture. Whether from demons or human conspirators, the messages are disturbing.

The Bible does however warn us that in the Last Days we would see “signs and lying wonders”. (2 Thess. 2:9) Repeatedly Scripture warns that in the last days a message would be spread across the earth that is antithetical to the Gospel of Jesus Christ, and would be a part of the Great Apostasy and grand delusion to destroy humanity. That message is being disseminated in various ways in our world today, through Post-Modern culture, the New Age community, Socialists, Cultural Marxists, in the scientific community, through political leaders and governments, and even down to the messages received by "abductees" during their experiences, each of these sources in various ways and with various emphases. Sacred Scripture tells us, “But even if we or an angel from heaven should preach a gospel other than the one we preached to you, let him be eternally condemned.” (Galatians 1:8)

The theological test for determining the identity of aliens, or who they serve (which would cover the human possibilities as well), is simply to examine the ideas being promoted and their actions in light of what scripture says and Christ taught. Do their words and actions support and reflect the Gospel, or do they deny the revelation of God found in Christian Faith, and indeed seek to detract from it’s authenticity? In every case we find spiritual teachings, eugenics ideas, or discussion of human society and government from a globalist, Socialist perspective. We find that regardless of their assumed identities, whether they appear to be Grey’s, Reptilians, or Human-lile, they all give the same message they wish to be shared with humanity. That message is most often as follows; humanity is the creation of the given alien race, and that our alien creators have returned to the earth to assist us in taking the next evolutionary leap in our collective development, usher our planet into a sort of cosmic brotherhood, and that our current politics, culture, society and religion must be given up for their more enlightened, evolved ways.

In every case I've examined, when Jesus is mentioned he is said to be a member of their particular race, or merely an "Ascended Master" type (which connects the UFO and abductee experiences to Theosophy), and that Christ is not God, but a cosmic consciousness available to all humans as a method of conscious evolution. We don't find any instance where there was a clear statement that Jesus is God, the Third Person of the Holy Trinity, True God and True Man, the Savior of Humanity. In fact, we see denials of these Christian teachings over and over again. For example, the founder of the Raelian Movement claims to have been told, “We are the one’s who designed all life on earth,” and that “We are at the origin of your main religions.”

And this is where we begin to discern the identity of these "aliens", and their real agenda. By virtue of this single fact alone, as a Christian, I can say without a doubt that I believe these "entities" are deceptive, since their teachings don't match up with God’s revealed word. So then, who are they really? I believe that in many cases we are dealing with a psychology operation or Black Ops programs under the control of various governments. However, I allow for the possibility that some of the experiences are genuine spiritual encounters. I believe that in these cases we're witnessing demonic activity and cases of oppression and obsession. I'm not alone in this assessment, as even UFO researchers have come to this same conclusion or at least find the commonalities startling.

John A. Keel states in his book UFO’s: Operation Trojan Horse that, “The UFO manifestations seem to be, by and large, merely minor variations of the age old demonological phenomenon.”

Dr. Jacques Vallee states in his book Confrontations, “The medical examination to which abductees are said to be subjected, often accompanied by sadistic sexual manipulation, is reminiscent of the medieval tales of encounters with demons.”

Whitley Streiber explained his feelings in their presence in his book Transformation, as follows:

“I felt an absolute indescribable sense of menace. It was hell on earth to be there, and yet I couldn’t move, couldn’t cry out, couldn’t get away. I’d lay as still as death, suffering inner agonies. Whatever was there seemed so monstrously ugly, so filthy and dark and sinister. Of course they were demons.”

Indeed the commonalities are more than mere coincidence. Aliens, in the sense of beings foreign to our normal conscious lives, are very real, and their ultimate character and nature is evil. It behooves us to approach these topics as Christians with a reasoned, logical and faith based methodology that carefully assesses all available data, which some groups, such as Answers in Genesis, have simply failed to do with this topic. At the end of the day I'm forced to say that the abduction scenario, when real, reflects direct demonic attack, and that I believe there is a connection between the UFO phenomena and the Nephilim. They're here to do what they've always done; deceive Man and pull him away from the Gospel of Jesus Christ.