The Nature and Attributes of God: Part 1 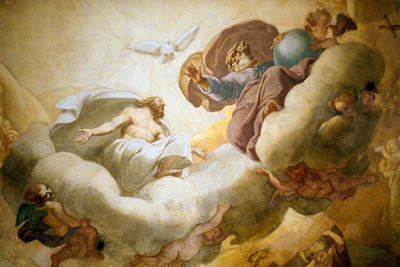 In order to attain to some knowledge (however inadequate) of the nature of God, it is necessary to premise what is meant by the threefold division of distinctions into real, virtual and purely mental. A real distinction is based upon complete absence of identity, and is illustrated by the difference between the President of the United States and the Emperor of Japan. A purely mental distinction, on the other hand, is one made by the mind in regard to a person or thing, when the different mental aspects refer to the same object of thought. Compare for example the two ideas "Commander in Chief" and "President of the United States." They indicate the same person, and the distinction is wholly mental. A virtual distinction arises from the fact that the person or object under consideration presents to the mind different aspects, which have objectively a claim to distinct recognition in the nature of the being. There is, for example, a virtual distinction between the attributes of rationality and animality in Man. Here too, the attributes belong to the same individual, but aren't merely mental aspects of the same quality.

This example illustrates what is known as a major virtual distinction, because one attribute doesn't include the other, and in point of fact, animality and rationality are found separate in different subjects (example: man and horse), as well as associated together in Man. A minor virtual distinction is illustrated by the Divine attributes of Justice and Mercy. Formally considered these attributes are distinct, and therefore the distinction is virtual and not purely mental, but really, as they exist in God, the attributes of Justice and Mercy are identical owing to His absolute simplicity and perfection. We attain to some knowledge of the nature of God from the arguments which prove His existence.

The First Mover is free from all potentiality. He is Pure Act. The First Cause is uncaused. That is, He has not received existence from another. Necessary Being involves the consequence that existence belongs to its essence. The Supreme Being possesses not a participation of being, but being itself, and Supreme Intelligence directs all the forces of the cosmos and controls order and harmony from their association and interaction. We must remember that in ascribing to God any perfection, such as wisdom, we not only remove all limitation from the perfection, we not only conceive the perfection (thus free from limitation) in the highest possible degree, but finally in applying the perfection to God, we predicate wisdom in an analogical and not in a univocal sense. That is, we recognize that between the Divine Wisdom and the highest conception of human wisdom, while there is a certain proportion of analogy, there also exists an essential difference.

Is there one Divine Attribute which seems from our human viewpoint to be fundamental? Many answers have been given to this question. Some have argued that the fundamental attribute of God's Nature is freedom, but freedom presupposes reason and cannot therefore be ultimate. Others have suggested goodness, but the idea of "being" is logically prior to that of "goodness." Others have maintained that thought is the fundamental attribute of God; but thought involves an immaterial substance as the principle and source whence it comes. The description of Himself given by God to Moses and recorded in the third chapter of Exodus indicates the fundamental attribute of His nature. "I am." As scholastic writers have pointed out, God is the subsistent act of existing itself, in regard to whom there is no past and no future, but all things are present to Him. He is the "pelagus substantiae infinitum" the infinite ocean of substance. All things are made in His "image"; the inorganic world resembles Him analogically in so far as He is being, the animal world in so far as He is the source of life, and rational creatures bear upon themselves the hallmark of the Divine Image, because God is Supreme Intelligence. The far higher privilege of bearing the "likeness" of God is due to the transcendent gift of grace which makes us "divinae consortes naturae" sharers in the Divine Nature.
Labels: Apologetics Attributes of God Christian philosophy Christian theology J. Davila-Ashcraft nature of God Truth Aloud Apologetics