Is Tradition Counter-Productive to Spiritual Life? 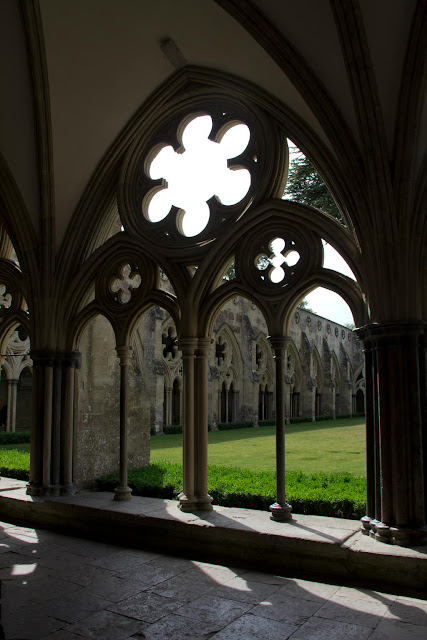 "It is within the power of all, therefore, in every church, who may wish to see the truth, to contemplate clearly the tradition of the Apostles manifested throughout the whole world."-Tertullian

Many of my Evangelical brethren balk at any suggestion that tradition plays a role in the practice of our faith. Much of this dislike for tradition stems from early Protestant criticisms of cultural traditions of men, that is, those traditions not part of Apostolic Tradition, which were held inviolable by Rome. Unfortunately, this leads many Evangelicals to view tradition itself as an evil. This is, I firmly believe, an error both in thinking and in theology.

What is tradition? Tradition, in simple terms, is whatever is delivered, as well as the way and means, by which the object delivered came to us. The proper source of revelation is the Word of God, which is both written and unwritten. Allow me to clarify, since I know the unwritten part will draw some gasps. The written is contained in the Sacred Scriptures, which contains all that is necessary for salvation. However, with regard to Christian Life, the life of the individual Christian as well as the life of the church, we have the unwritten will of God in Apostolic Tradition. When we speak of the unwritten word of God, we don't mean that it has never been written, but that it isn't contained in Sacred Scripture. It was committed to writing afterwards by those who were students of the Apostles, or by others, who heard their from his lips.

The word tradition, considered in its object, means whatever is delivered or transmitted. In this sense it is called objective tradition. If we consider, however, the act, or the way and the means, by which an object is propagated and transmitted, this is called active tradition. This active tradition includes of necessity the object delivered to us. Likewise, the object of tradition supposes an active tradition, without which it couldn't have been passed down to us today. We must always, therefore, take tradition in its composite sense, that is, as made up of two parts—the act of transmission, and the thing transmitted. A tradition, considered in its object, loses its value without the active tradition that delivers it. We can neither explain nor understand it without knowing the source, the act, the way and the means, through which it has reached us. Tradition must always be understood to mean not only the doctrine accepted, or the custom that prevailed in Apostolic times, but also the way or the means, by which that doctrine or custom has come down. To give an example, Scripture doesn't state on what day Jesus Christ was born. But an old church tradition tells us to celebrate on the 25th of December. The church accepted and set that date for its celebration. Christians —in obedience to the common consensus of the church—have observed it ever since. These are the two elements. The tradition of observance of December 25, and the teaching church that set that date for its celebration. The observance of Lent, albeit in a different form than that which most are familiar with today, is another good example. Scripture is silent on this tradition, but the Ante-Nicene Fathers tell us Lent, known then as the Station Days, was observed in Apostolic times. The church approved of Lent as having Apostolic origin, and transmitted it from generation to generation to the present day. The Apostles didn't write about it in Sacred Scripture. Why should they? It was orally transmitted to their disciples. Some of these early Christians, these disciples of the Apostles, or their disciples in turn, wrote of such things to instruct future Christians on what the Apostles had taught and preached. The same applies to other disciplines and practices, as well as points of doctrine.

Traditions aren't all alike, and so can't have the same value or authority. We distinguish them, first of all, by the manner in which they are transmitted. Some of them had been originally written, others came to us orally from Apostle to Church Father, from Father to church, or in a practical way as, for instance, through the practices of the Church. For this reason traditions are either written, oral, or practical. Some traditions are called written traditions, because the word tradition may be taken in its widest meaning to include whatever has been delivered to us. In this sense even the Scriptures may be called tradition. Secondly, traditions are distinguished by the object they convey, dogmatic, or disciplinary, according as they refer to a fundamental doctrine of the Christian Faith, or to some rule or law to be observed by Christians. The doctrines of the Trinity and of the Hypostatic Union are dogmatic traditions.

Many of the ancient Christian traditions are only unknown because of a faulty understanding of tradition itself—both on the part of those who created their own traditions, as well as those Protestants who rejected them altogether, mistaking them for Roman traditions. Still, some have remained in use to the present day, while others were discarded for the cultural traditions of mere human origin.

Now, in the writings of the Church Fathers one will find reference to local traditions that arose out of necessity in a particular place. These aren't the same as Apostolic Traditions, which are universal, being evidenced in all churches of ancient times. It is evident that the universal tradition is what we should be concerned with, not the local. Universality is a mark of truth.

Divine Traditions have God as their Immediate cause and author. In the New Testament, the first visible promulgator was God Himself in the person of Jesus Christ, or the Holy Spirit, who spoke through the Apostles. These Traditions are sometimes called Dominical—from the Latin word Dominus or Lord,—if they were first revealed by Christ Himself; Divine-Apostolic, if revealed by the Holy Spirit through the Apostles. They all consist of dogmatic truths, commandments and institutions, which God directly revealed, or instituted for man.

This distinction obviously supposes that not all revelation was completed by Christ, while He lived among us, but that it found its completion with the death of the Apostles. After Christ's ascension into heaven the Holy Spirit came down upon the Apostles, instructed and taught them not only whatever Christ had said to them, but also all those truths, which they neither heard nor knew before, nor could they understand while they lived with Christ.

"But the Helper, the Holy Spirit, whom the Father will send in my name, he will teach you all things and bring to your remembrance all I have said to you."- John 14:26

Ecclesiastical Traditions are those that were introduced by the Apostles themselves to the church. To understand the difference, one must bear in mind the double office of the Apostles. The Apostles were, first of all, emissaries, in the strict sense of the word: the teachers of the truths and institutions, revealed to them by God Himself. However they were also the primary leaders of the churches they founded. As teachers, they wrote a part of those revelations made to them. They wrote as events and circumstances here and there induced them to write—to certain persons, or to the churches, which they had founded. They wrote occasionally, since their principal ministry was to preach the Gospel according to Christ's command. What they wrote forms the Sacred Scriptures: Divine-Apostolic Tradition. That part of revelation which, as Apostles, they taught orally and didn't write and which was retained by the early church, forms what we call Ecclesiastical Tradition. As church leaders, they established certain practices and rules which they deemed necessary or useful for the sanctification of the faithful. Such rules and practices, which aren't all to be found in the Scriptures, comprise what the Church Fathers refer to simply as Apostolic Tradition. The Apostles, therefore, as ambassadors of God, preached the Gospel to every creature. They all preached, but only some of them wrote. The others preached and didn't write, but what they preached was subsequently retained by their students.

When a tradition contains a practice that is found in Sacred Scripture and is proved to be of Apostolic origin, it must be considered as important to the life of the Christian and of the church. On the other hand, if a tradition isn't from the Word of God or of Apostolic origin, it isn't authentic, and we have the responsibility to reject it. This is why Protestants and Evangelicals rightly reject such doctrines as the Immaculate Conception and the Assumption of Mary, because they are founded neither in Sacred Scripture, nor Apostolic Tradition. This is the proper way to view tradition in the Christian Faith. Tradition, then, isn't evil or somehow counter-productive to spiritual life, but is of inestimable value to our Christian walk. Christ's criticism of the traditions of the Pharisees wasn't a condemnation of tradition itself, but of traditions that were of mere human origin and which laid a burden on people that was both unjust and not of Divine origin.
Labels: Apostolic Tradition Christian theology Divine Tradition Ecclesiastical Tradition J. Davila-Ashcraft Tradition Truth Aloud Apologetics