The Use and Abuse of Reason 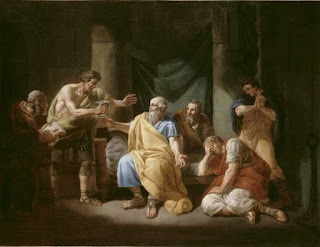 Reason is the greatest human prerogative. It distinguishes Man from all the inferior orders of creation. Reason is given to Man to keep him from sinking below his intended level, below the beasts, below inert nature. It is a super-added sense, if the term may be used. It is within his control to a large degree; it is beyond his command in, perhaps, a still larger degree. What is it and what are its uses and abuses?

I. It is a seeing faculty; it is the immaterial eye of the individual. It perceives. Its object is truth. It doesn't make truth, no more than any eye creates the objects depicted upon the retina. The eye doesn't bring into being the thing it looks upon—that thing simply enters into the area of its vision. Were there was no object Man wouldn't see it. For instance, the reason, or the intellect of Man, doesn't make it true that two and two are four, but because it is true that two and two are four the mind sees it to be so. Run through the wide domain of intellectual facts, axioms, maxims, principles, etc.—these facts are not products of the mind; they simply are and present themselves to the mind under investigating or favoring conditions. This means truth isn't dependent on reason or mind, but reason is dependent on truth. In the strictest meaning, creation, that is, in the sense in which the term creation signifies the making of something out of nothing, there is no such thing in the intellectual order. Even God doesn't create truth. God is Truth, and from Him all truth flows into the human mind.

II. Another use of reason is the comparing of one truth with another, and from the comparison deducing other intellectual facts. This is how we deduce the principal function of reason—in other words, its principal use. Its function isn't to imagine; imagination is another faculty below and subordinate to reason; nor is it to fancy, which is practically the same thing. Neither is its duty to originate. There will be no difficulty in understanding how originating in all matters, and especially in spiritual matters, is the parent of false teaching. If unbiased reason doesn't keep its eye on itself or its own quirks, but on the light of Scripture; if it consults neither feeling nor interest, but only fact or truth, the outcome will be the discovery of all that is needful in many things, but especially in discriminating between what is false and true in spiritual matters.

Reason is given to Man to enable him to ascertain the truth in all things beneficial to his material and spiritual welfare. Above all to his spiritual welfare—the welfare of his highest nature. Properly used it will lead to good; abused and it will just as inevitably lead to disaster. It is a pity that we must confess that Man, a reasonable creature, has been extremely irrational in the use of that very faculty whereby it is in his power to truly comprehend the good. Man simply abuses his reason.

The Abuse of Reason
I. Naturally all the misuse a person makes of his reason comes from his misconception of the nature and object and limits of that faculty. He mistakes its nature, and therefore, supposes that it is in its power to make or unmake truth, that within the grasp of his denial and admission lies the existence of truth. Reason doesn't make truth, but truth existed before any human mind.

II. Man abuses the reason which God has given him by supposing that the whole region of truth is his to discover, to roam over, to command. He so much revels in his reason, and his reason is so much of a joy to him, that he allows it to run away blindly. In other words, liberty of thought is his motto. A man can think what he pleases and as he pleases. It is noticeable that one allows reason more liberty than one allows the senses, since there are things from which one turns away. In thought, so the axiom permits, there is no restriction. This fallacious license of thought leads to a pernicious boldness.

III. Unlimitation. No boundaries to the exercise of this faculty. No sacredness. No horizons. No remembering that there are things that exist and are true that are beyond the comprehension of reason. This limitlessness of reason's prerogatives begets a spirit of reckless intrusiveness, since it assumes to be the sole umpire in matters of truth and falsehood, of good and evil. Reason somehow becomes its own law, and it legislates for God and man, for time and eternity; something reason is ill equipped to do.
Labels: abuse of reason Christian theology J. Davila-Ashcraft reason Truth Aloud Apologetics