The Connection of Creed to Morality 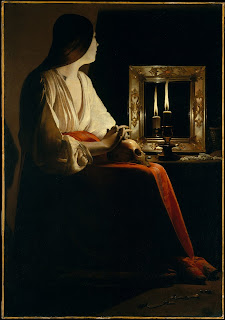 In one of my many conversations with non-believers, the man I was speaking to objected to the very concept of truth, especially any claim that moral truth has its source in Christian creeds. He responded that right conduct doesn't depend upon any system of belief. There are good and bad men in all religions. In fact, he insisted, there are many good atheists. All we have to do to go to heaven, is to do what is right; be a good person. Is this a reasonable or accurate understanding of the facts?

We Christians agree that it is a good thing to do what is right, whether you believe what is right or not. But suppose for a moment that one of those things you are obliged to do is to accept certain articles of belief, or, in other words, to accept a creed—what then? Can you be indifferent to all creeds? There is no Christian creed that doesn't profess to embody a divine revelation—an expression of God's own mind. The mind of God revealed to those whom He has created can't be a matter of indifference. What if one of those creeds is a correct exponent of God's revelation: could you then be indifferent to all creeds, including the right one? True, creeds differ and are often mutually contradictory, and consequently they can't all be right, but this in no way absolves us of the responsibility to discern a right creed. The Relativist, however, claims our one concern should be to do the right thing, whether we believe the right thing or not, regardless, or even in spite of, creed. Evidently, then, the Relativist regards some acts as good, and others as bad; and in this we Christians are in agreement. But why does the Relativist regard them as such? The Relativist can answer that everyone has an instinctive feeling that some things are morally right, others morally wrong, which is essentially true, but let's also remember that we're rational beings, and if we can plead no more than instinct we don't act according to reason. The Relativist can respond that it is rational to judge things by their results, and that the results of the practice of the virtues of honesty, sobriety, and chastity are happiness for the individual and general order and prosperity for society. In other words, the moral virtues work well. But that isn't morality—it is only expediency. The Relativist might say there is a good feeling or positive effect on society about right actions, which proves them to be right, and perhaps constitutes them such. Again, this isn't the morally right, but the aesthetically pleasing. Neither the expedient nor the aesthetically pleasant answers to the very concept of the morally good which all humans share, and which it is the object of ethics to bring into the foreground of consciousness. Morality implies a law, in the strictest sense of the term—a law which impresses itself on the conscience and tells me the right that must be done and the wrong that must be avoided. If there is no strict law undergirding the dictates of conscience there would be no sense of guilt when one does wrong; but it is precisely because, before acting, I feel the force of a just command, which is the expression and application of a law of morality, that after acting I feel guilty for having violated it. On the other hand, I know of no commandment to do what is merely expedient, what produces a nice society, or what is pleasing. It may be desirable to do the one or the other, but I don't feel bound to do either. Where it is a question of the morally right or the morally wrong, I'm bound by the moral law to do the one and avoid the other. This is the only rational interpretation of that universal impression which men have of a right and a wrong in their actions. There is a law, and a law that binds, beneath the dictates of conscience.

But if we admit a law of morality we must also admit that it has its ultimate origin in that which is the source of all law — the will of God. All obligation in the moral order must be traced to the ultimate source of all authority, since authority is implied in the very notion of law. If I can't trace a reputed obligation back to the ultimate source of authority, I might view it as pleasant or profitable to do the thing in question, but I'm in no way obligated to do it. This applies to moral action in general; but it is plain, of course, that when God's will is manifested by means of positive divine laws, as in the case of the Ten Commandments and the divine ordinances promulgated by Christianity, the connection between human obligation and the divine will is more directly evident than in the case of the natural law impressed by the divine will upon the faculty of human reason. The connection thus established between morality and the will of God has important consequences. My notions of morality, or my application of the principles of morality, will vary according to what I know or believe about God and His law. They will vary, in a word, according to my creed. I can't, therefore, be indifferent to creeds. If my creed is an Atheistic one I reject the truths revealed by God. which I'm not at liberty to do. If I have a creed which is based on Christian beliefs, but not orthodox, it opens the door to countless moral evils. If it is a creed that doesn't recognize a principle of authority to which one may look for an absolute decision in matters of faith and morals, it throws its followers back upon their often misinformed and uninformed private judgment.

Even if you observed the whole of God's law externally, the interior motive, which is the very soul of the moral act, would be a matter of the first importance. God, as our Creator and sovereign Lord, has a right to control our behavior and to amend our disordered feelings, which are the springs of outward action, as our whole being belongs to Him. The effect of Relativism with regard to beliefs is to shut God out of our thoughts in reference to the morality of our actions and to fall back upon motives of pleasure or utility, which is nothing short of denying the interior allegiance we owe to our Maker.
Labels: Christian creeds Christian theology creeds J. Davila-Ashcraft moral truth morality Truth Aloud Apologetics