Revelation: What Is It? Why Is It Necessary? 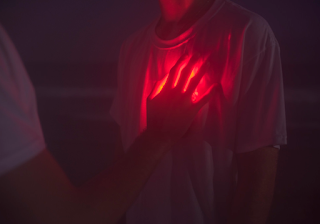 Has God given Man a Divine Revelation embodying supernatural truths? What are the criteria whereby it may be recognized? To answer this, it is first necessary to define what is meant exactly by the terms "natural" and "supernatural." The word "natural" is applied to:

1. The elements which constitute a nature. For example, senses and reason in man.

2. All that flows from a nature thus constituted. For example, sensations, ideas, etc.

3. All that a being requires for the use of his faculties.

4. All that a being can accomplish by his own powers.

1. Relative: When, for example, a perfection is given to a nature without raising the nature beyond its own sphere. For example, the immortality and freedom from lust accorded to Adam and Eve. Such gifts are termed "preternatural."

The following example will help to make the distinction between the supernatural and the preternatural. "A king gives to his ambassador certain powers necessary for his diplomatic duties. These powers are natural. If the king gives him further powers increasing his dignity and influence, but not superseding ambassadorial functions, these powers are preternatural. Finally, should the king share with him his royal prerogative, and make him adopted son and heir to the kingdom, such privileges would be "supernatural".

It is possible now to differentiate between the Natural and Supernatural Orders. When God created man He appointed as his end the knowledge, love, and worship of Himself, as understood and possible through finite senses and mind. God also gave Man the means to attain to that end-intellect seeking truth, and will seeking goodness. But God has made it possible for Man to attain the dignity of sonship. He's given Man a supernatural end- intuitive vision of God. He's also given Man the means for the attainment of this supernatural end- intellect illuminated by faith, and will strengthened by Grace. Man is raised to a supernatural destiny, aided by Divine grace, and destined for either for eternal life with God or eternal punishment in hell with the rebellious angels, and thus is part of the Supernatural Order.

The reality of this connection of Man to Supernatural Order is plain from the fact that there is no obstacle either as regards God or Man. God is omnipotent, infinite in goodness, and absolutely free in His will, and Man, though limited in faculty, is capable of receiving eternal life with God. But the raising of Man to the Supernatural Order isn't only possible, but also harmonious with God's character. Such a benefit is in keeping with God's infinite goodness: The highest good is diffusive and would confer on Man supreme advantages in the extended knowledge of Divine truths, in conferring peace of heart, and in furnishing the support of Divine Grace to face the difficulties of life.

What we're alluding to here is an extended knowledge of Divine truths-truths beyond the reach of human reason. Such knowledge is called Divine Revelation, and may be deemed as the act of God whereby He manifests to Man certain truths. Revelation may be made:

1. Immediately by God Himself ; or...
2. Via mediator- by one divinely authorized.

That revelation is possible is shown by the fact that, again, there is no obstacle to this Divine benefit on the part of God or Man, and no obstacle arising from the revealed truths themselves. It is in agreement with the Divine Nature to reveal to His creatures truths that are spiritually beneficial. There is nothing in revelation that corrupts human reason. God's revelation doesn't destroy human reason, but extends its power and scope, as the telescope enables the eye to see stars invisible to unaided vision. Moreover, truth, revealed as well as natural, is always truth, and therefore the proper object of the human intellect.

Since revelation includes truths that are beyond the reach of human reason, there is neither difficulty nor absurdity in the fact that mysteries form a part of Christian belief. Mysteries are okay! The depth of the infinite can't be understood in its fullness by finite human scrutiny. The real injury to reason isn't belief in revelation or mysteries, but disbelief in revelation and mysteries when the evidence for the truth of both is nearly irrefutable.

Revelation is necessary due to two limitations of human reason:

1. Absolute Inability-When the truths cannot under any circumstances, nor be reached by the natural light of reason.

2. Moral Inability-In this case the truths are accessible to reason, but owing to difficulties, the acquisition of them is morally impossible.

It is clear that there is absolute inability to reach:

1. Mysteries and truths of the Supernatural Order.

2. Positive precepts imposed by God, inasmuch as such precepts depend on His will, and cannot be known apart from revelation.

The absolute necessity of revelation in regard to these truths is so obvious that it cannot be questioned. Thus we can conclude that revelation is morally necessary so that all men may know promptly and with certitude the dogmas and precepts of either Natural or Supernatural Truth. Without revelation no one could acquire the knowledge of these truths, and even if Man could somehow attain the knowledge of these truths on his own, they wouldn't be free from error, owing to defects of both intellect and will. Thus revelation is morally necessary both to enlighten the mind and strengthen the will.

Man is in desperate need of revelation, and God has met that need in personally inspiring the authors of Sacred Scripture to express all that is necessary to Man's salvation.
Labels: belief Christian theology faith J. Davila-Ashcraft reason revelation Truth Aloud Apologetics What is revelation?