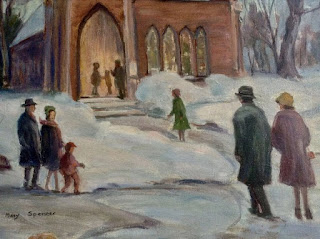 Rationalism claims that revelation, or faith in a divine authority, annihilates reason or renders it absolutely useless. This is a false assertion. Christianity holds that there exist two orders of knowledge, distinct in their principle and in their object. In their principle, because in one we know by natural reason, and in the other by divine faith. In their object, because outside of things to which natural reason may attain, there are mysteries hidden in God, which are proposed to our belief, and which could not be known to us if they were not divinely revealed.Though faith is above reason there can never be any real disagreement between faith and reason, since the same God, who revealed the mysteries and communicated faith, has given to the human mind the light of reason, and God cannot contradict Himself, nor can truth ever deny truth.

Not only can faith and reason never disagree, but they afford each other a mutual assistance; right reason demonstrates the foundations of faith, and, enlightened by the light of this faith, develops the knowledge of divine things; faith delivers and guards reason from error and enriches it with different kinds of knowledge. Thomas Aquinas teaches the same:
"Reason would not believe, if it did not see that it must believe."

He only repeated what Augustine wrote on the subject in his letter to Consentius:

''The Church exacts faith; and because we have so many reasons to believe, strong and urgent reasons, she requires faith and humble submission to all her divine teachings. Let her not be accused, then, of requiring an absolute, blind, unreasoning faith, or of insisting that those who, in order to believe, have used their reason in the salutary manner we have indicated, may not continue to use their reason to render their faith ever more humble, but also ever more enlightened. God forbid that our submission to all that is of faith, should prevent us from searching and asking the reason of what we believe, since we could not even believe if we were not capable of reasoning!"

Evidently any revelation made by God supposes in man the corresponding capacity of knowing. To what power of the mind do we appeal if not to reason? Christian faith isn't any acquiescence to believe irrationally; it is a rational assent, otherwise it wouldn't be a virtue. And how can faith be rational, if reason has no part in it? What are the proofs that will show me Sacred Scripture and the mysteries it teaches to be evidently credible? This is the important question we need to grasp and understand; and it is here that I bring my reason into play. Without this strict examination and discussion my faith will be uncertain, wavering, and vague, without principle and without consistency.

It is incontestable, not only that Christian teaching accords reason a special object, distinct from that of faith, but that even in the things of faith, reason fills an important and serious role. One part of this role is to establish harmony between the various revealed truths, to show the link which unites them, to prove each one by fitting arguments, and to deduce the consequences which follow from them; in a word, to make these truths a reasonable whole.

We can establish with certainty the foundations of faith by demonstrating that it is perfectly rational, legitimate, and indispensable to believe the Gospel. It belongs to reason to give this demonstration, and we can't, under pain of erring against faith, deny it this right and power. It also falls to reason to defend revealed truths against the attacks of skeptics.

I'm not suggesting that reason directly produces faith. Faith is a supernatural gift; a virtue by which we firmly believe the truths revealed by God, because He has revealed them. Now, evidently the natural cannot produce the supernatural; hence reason only prepares the way for faith by examining the motives of belief. Thus, an unbeliever or a heretic who, by examining these motives, is convinced of their soundness, and, consequently, of the necessity of giving his assent to revealed truths, has only a wholly human belief; in order that his belief becomes a divine faith he requires a supernatural principle, that grace leads him to believe these truths as revealed, that is, on the infallible authority of God. Faith then is reasonable and a divine gift all at once.
Labels: Christian theology faith is faith reasonable? J. Davila-Ashcraft rationalism reason Truth Aloud Apologetics