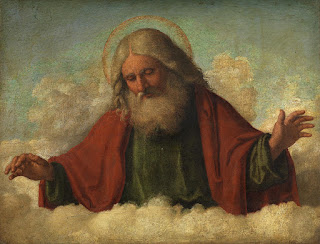 Most of us have, at some point, heard a challenge to our faith that begins with those three words. Usually it is followed up with questions regarding the existence of evil in the world, or of personal loss and pain. Regardless of the question asked, what is being called into question is God's existence and character. Implicit in the first three words, "if God exists", is a challenge to God to prove His own existence and to justify His perceived actions and/or will. One such challenge is couched in what I call the Argument from Ignorance, as it is essentially predicated on the ignorance, real or apparent, of the one posing the question.

Let's examine each premise and the conclusion logically.

Premise 1: If God exists, He would make Himself clearly known to Man/me.

Response: It is not logically necessary that if God exists He must make Himself known to any given people or person. There is no "must" or "should" that the Agnostic or Atheist can bring to bear on the question, since if God exists He is possessed of free-will and can do whatever He chooses to do, save that which violates His own nature and character. He can choose to remain undetected, or to reveal Himself at His will. The sovereign God is under no obligation to reveal Himself to anyone at any time. If God chooses to do so it is on His terms and for the purpose of confirming to Man His will, and not for satisfying the demands of human curiosity.

Premise 2: He has not made Himself clearly known to Man/me.

Conclusion: Therefore God does not exist.

Response: Since premises 1 and 2 are not logically true, the conclusion doesn't necessarily flow from the premises and simply can't be accepted on simple logical bases. It is much more logical to conclude, from the science of Biogenesis, that God does indeed exist, since the scientific fact that life comes from life is firmly established.

This Argument from Ignorance also takes another, similar form.

Let's examine this form of the argument as well. Do note, however, that the premises of the following argument are simply a rehashed form of the previous argument, designed to appear more reasonable or scientific.

Premise 1: If God exists there would be convincing proofs of His existence.

Response: This isn't a logical necessity at all. If God exists, He may choose to provide such evidences or He may not. God's free-will isn't somehow removed by the demand of creatures for confirmation.

Premise 2: There are no convincing proofs of His existence.

Response: This is opinion, not fact. What is convincing proof for one person might not be for another. And, as noted in the first form of this argument, if one has a presuppositional base that excludes the existence of God, then any proofs offered will very likely be rejected outright. Proof and argument for a proposition, and being convinced by said proof and arguments, are two very separate issues. Premise 2 therefore isn't logical, but subjective.

Conclusion: Therefore God does not exist.

Response: As Premise 1 wasn't at all logically necessary, and Premise 2 is a subjective opinion, the conclusion doesn't follow.

It is important for Christians to understand these sorts of arguments and the fact that they're not really scientific, nor philosophically or logically sound. Don't be intimidated by confident skeptics tossing out illogical challenges to faith, no matter how confident they may seem of their debating skills.
Labels: Apologetics Argument from Ignorance Christian theology J. Davila-Ashcraft proof of God's existence Truth Aloud Apologetics