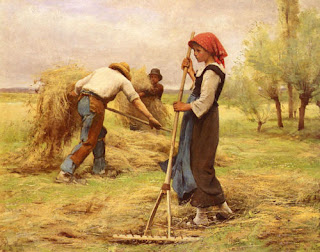 If all men are the same at their birth, why, then, are they divided later into categories such as classes, races, etc.? After all, since God is no respecter of person, they're all equal before God. While these statements contain elements of truth, they don't account for all the biblical data available to us. We can just as correctly say that all men are not the same at their birth. The truth lies midway between the two propositions.

All men do indeed possess the same human nature—they all have bodies and souls. They have the same Creator and are made for the same eternal life. All are bound to observe the same commandments. All are children of the same Heavenly Father. Hence their common obligation to behave as rational beings and their common right to be treated as such. But here equality ceases.

In many respects men are not the same, and that, too, quite apart from any arbitrary distinctions created by society. Some are sound in health, others the opposite; some are rich, others poor; one man is learned, another unlearned; one clever, another dull. They differ in point of ethnicity, character, dispositions, and needs. Some are industrious, thrifty, temperate, and honest; others possess the opposite qualities. These facts must be accepted as facts by Socialists, Egalitarians, and others who want to reconstruct society.

The distinction between rich and poor is indeed in some measure due to the way in which men freely exercise their right of private ownership, some men squandering their money, others using it sparingly, but collective ownership will not mend matters so long as human nature is not radically changed. So long as two men have the use and enjoyment of anything—no matter what economic system they live under — they will use and enjoy it differently. Private ownership is, moreover, a natural right and is implied in the moral code of Christianity. No Christian can advocate the abolition of it.

Reason itself teaches us that a man has a right to what he has honestly acquired, be it food or clothing or money or land. To take it away from him is to rob him of his most basic of rights. Socialism is therefore incompatible with Christianity, irrational, and an enemy of human freedom.

Notwithstanding the distinction between man and man, God does not judge men according to their talents or their wealth or their social position, but according to their deeds, for in very truth, "there is no partiality" with God (Col. 3:25). Sin is punished no less in the case of the rich and the educated than in the case of the poor and the illiterate, though it is no less true that, all things being equal, it is easier to serve God in the humbler walks of life than in the higher.
Labels: Egalitarianism equality Freedom J. Davila-Ashcraft paleo-orthodoxy socialism theology