Can We Know Anything About God? 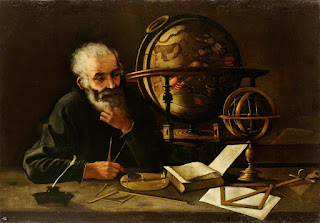 According to Pew research, in 2017 17% of those polled claimed to be Agnostics. This may seem like a small number, but when you consider most of them really lean heavily toward Atheistic Naturalism, this is a troubling percentage. The Agnostic will ask, why trouble ourselves about spiritual issues, such as God's existence—no matter how important one might think they may be, since we know nothing and can know nothing about God? If a man tells me he knows nothing about God I can believe him, because he is supposed to know the state of his own mind; but if he tells me that nothing can be known about God I can challenge the assertion and I have a right to ask him to prove the proposition. The thing is, proving propositions is not a role familiar to Agnostics.

What is an Agnostic?
An agnostic is one of a class of thinkers who disclaim any knowledge of God or of the ultimate nature of things. Agnostics, generally, profess to know nothing about God, while some maintain that there is no convincing evidence of His existence. Others go so far as to claim that no such evidence is possible and that God, if there is a God, is forever unknowable. Agnosticism takes shape in individual minds according to their habits and dispositions. One form of Agnosticism assumes lightly and after little or no reflection that it is impossible to gain knowledge of God or of man's final destiny. It is generally one of the fruits of indifferentism, which makes it a matter of small concern whether a man has any religious belief or not, so long as he does nothing to compromise his honor or his reputation. Another Agnostic attitude is the result of one-sided, research, favoring the Atheistic Naturalist worldview, accompanied, perhaps, by a modicum of reflection—though its real root often lies deeper and must be sought in the moral nature of the individual Agnostic. Yet there is a higher kind of Agnosticism which wears more of a scientific air. It goes the whole length of asserting that all knowledge is confined to phenomena or appearances. Observation and experiment, we are told by this class of Agnostics, report to us the existence of phenomena which are, or may be, manifestations of realities lying beyond them, but of these realities nothing is known and, according to some Agnostics, nothing can be known. God, the human soul and all the essences and principles of things, placed as they are beyond the reach of this sort of experience, cannot be objects of human knowledge. One type of Agnosticism doesn't reject religion, but starves it out of existence. It acknowledges a First Cause of all things and claims that it simply appeals to the emotional element in man and thus produces an act of Faith; but the nature and attributes of the First Cause it regards as unknown and forever unknowable. The First Cause is to us simply the First Cause and nothing more. Now it should be plain to anyone who has a grasp of what Faith is that the fact of a First Cause, on its own, doesn't appeal to the religious sentiment and cannot inspire an act of Faith. If I simply state the Cosmological Argument, that doesn't prove the existence of God. True, the idea of a First Cause does contain in it the basis for moving on to discern God's existence, and thus an act of Faith may follow. Since human reason can deduce from the notion of the First Cause the idea of an infinite and eternal God and of a Creator and Sovereign Lord, to whom praise, thanksgiving, adoration, and service are due—these are real acts of Faith, but the Agnostic generally refuses to draw any such deductions. They will counter that the power which the universe manifests to us is utterly inscrutable. Thus the only thing we've really done is approach a simplistic knowledge of a First Cause as such. What single act of Faith can an Agnostic of this type suggest as being rational in one who only knows that there is a First Cause? Wonder and a sense of awe are indeed feelings which may well be awakened by the thought of a First Cause of all things, but is the indulgence of a feeling of wonder or of awe, in and of themselves, an act of Faith? We could just as easily say that an Atheist is engaging in his morning devotions when he stands in awe of the Niagara Falls. Will such meager knowledge inspire an act of Faith or of thanksgiving? We're not supposed to know whether the First Cause is deserving of praise or of thanks, because the Agnostic won't permit us to know anything about Its (or His) attributes—to know, for instance, whether It (or He) is free, bountiful, or merciful. The same is true of adoration and dedication of will. The only act left would be that of exclaiming, ''Oh, First Cause!" Pretty pathetic.

Dogmatic Agnosticism
One of the most notable points in Agnostic ways of thinking and speaking is the downright dogmatism of the Agnostic. If the attitude of Agnosticism were one of simple ignorance or of doubt, or if its followers simply admitted their inability to comprehend the force of the arguments in favor of Theism, Agnosticism would be less irrational. However, for the most part Agnostics are nothing if not dogmatic. They assert positively that the Absolute is unknowable; but in doing so they show an attitude of mind which is anything but scientific and one that runs counter to the spirit of open-mindedness which is the boast of the current culture. Scientists should, whether consistently or not, profess an open-mindedness which makes them accessible to truth, no matter in what quarter it presents itself, and which tends rather to widen than to contract the domain of possible knowledge. These remarks are particularly applicable to Agnostics who claim to devote their energies to the physical sciences. Immersed in science and for the most part narrowed in their sympathies by Evolutionary theory, they simply have no patience for examining the claims of any source of knowledge but the one that is familiar to them and which confirms their conclusions.

The physical sciences are not the only legitimate occupants of the field of knowledge. Psychology and Natural Theology are sciences no less than physics, chemistry, and biology. The rational sciences are concerned with ultimate truths, at which the experimental sciences can tell us little. The processes of thought followed are, to say the least, as rational as those of the physical sciences. When the rational psychologist argues from the spiritual operations of man to his possession of a spiritual soul, or when the theologian argues from the order observed in the universe to the existence of a Supreme Intelligence by whom that order was conceived and brought into being, or when the metaphysician argues from the finite and the conditioned to the Infinite and the Unconditioned, he argues as rationally as one who would conclude from the presence of smoke the action of fire. And yet the reasoning and conclusions of the rational sciences have been brushed aside by the Agnostics. Had our "scientific" Agnostics been put through the discipline involved in those studies the world would know little of dogmatic Agnosticism. As to the theology, it is based on evidence as rigorous as the groundwork of the physical sciences. The historical evidences of Christianity have won the assent of countless brilliant minds in every century.

Summation
We believers don't contend that our knowledge of God is perfect. We claim to possess an imperfect yet true knowledge of God. If we can't comprehend His attributes we can at least form some conception of them and give them their right names. The Infinite transcends experience and is necessarily wrapped in mystery to the finite mind; but we can know it as a fact, incomprehensible though it is. When we say that God is infinite we mean that He possesses all conceivable perfections—a perfectly rational proposition and one within the range of human thought. The illogical nature of the Agnostic mind when it makes a serious attempt at philosophizing is amazing. Though an agnostic arrives at the conclusion that behind phenomena there is an unknowable Something—the Absolute, the Unlimited, the First Cause, isn't it strange that such a Being is deemed unknowable when we know even that much about Him? And must we be forbidden to advance a step farther and deduce from those primal attributes other attributes which are logically contained in them? Agnosticism is, then, really a self contradiction, and one which we shouldn't view as a logical, reasoned objection to our faith.
Labels: Agnosticism Christianity First Cause J. Davila-Ashcraft philosophy the Existence of God theology Truth Aloud Apologetics