What About the Apocrypha? 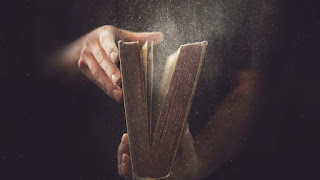 This is one of the most common questions I get asked when discussing either early Christianity, or the trustworthiness of Sacred Scripture. The word apocrypha is a Greek word meaning "hidden". Jerome (342-420 A.D.) was the first to use the term for the books not accepted as part of the Old Testament canon, and contains between 13 and 18 books, or additions to books, and is used liberally by Roman Catholics and Orthodox churches. Jerome was even hesitant to include them in his Vulgate translation of the Scriptures.

During the Protestant Reformation, Martin Luther separated these disputed books from the canon of the Old Testament, labeling them non-canonical texts one could read, but which are not inspired. Other Reformers took the position that, because the Old Testament represents the covenant of pre-Christian Israel, only those books found in the Jewish canon should be accepted as inspired. As a result, the Apocrypha has no authoritative status among most Protestants. In response to the Reformers' rejection of these books, the Roman Catholic Church, at the Council of Trent (1546), declared the Apocrypha (with the exception of 1st and 2nd Esdras and the Prayer of Manasseh) to be sacred and canonical.

So how should we look at the Apocrypha? As the books were not universally considered canon from the Ante-Nicene period to quite late in Church history, and as they have been shown to contain errors, Christians should not embrace them as divinely inspired and canonical. They are profitable only as a matter of historical interest, and as faith based works. We should never use any of the concepts found in them to form doctrine or the practices of our faith as Roman Catholicism has.
Labels: Apocrypha canon of scripture Early Christianity Early Church J. Davila-Ashcraft paleo-orthodoxy