The Historical Fact of the Resurrection 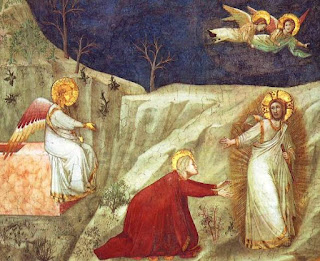 C.S. Lewis wrote: “I am trying here to prevent anyone saying the really foolish thing that people often say about Him” 'I'm ready to accept Jesus as a great moral teacher, but I don't accept His claim to be God.' This is one thing we must not say. A man who was merely a man and said the sort of things Jesus said would not be a great moral teacher. He would either be a lunatic- on the level with the man who says he is a poached egg- or else he would be the devil of hell. You must make your choice. Either this man was, and is, the Son of God: or else a madman or something worse. You can shut Him up for a fool; you can spit at Him and kill Him as a demon; or you can fall at His feet and call Him Lord and God. But let us not come with any patronizing nonsense about His being a great human teacher. He has not left that open to us. He did not intend to.” 1

Lewis puts a challenge before us that must be met with honest reflection. That challenge is to recognize what Christ says about Himself and His life, death and resurrection as true and accept Him as Lord, or determine He is a liar or lunatic and reject Him completely. If what Jesus says of Himself is true, we need to be careful to examine all the evidences at hand, since if we come to a faulty conclusion regarding His self claims, it holds eternal impact.

Jesus is certainly a revolutionary historical figure.  indeed so revolutionary that His claims can only be taken as exclusive and therefore demand a response. This is the crux of Lewis' Trilemma.

Jesus is either a liar, a lunatic or the Lord.

Peter Kreeft writes that Jesus could in no way be a liar.

He writes: “Because He has the wrong psychological profile. He was unselfish, loving, caring, compassionate, and passionate about teaching truth and helping others to truth. Liars lie for selfish reasons, like money, fame, pleasure or power. Jesus gave up all worldly goods, and life itself.”2

Kreeft goes on to point out that Jesus had no conceivable reason to lie. He had nothing to gain. Instead, His claims earned Him hatred, rejection, persecution, torture and ultimately death. It is inconceivable that He was a liar.

Was He a lunatic?

Jesus, again, does not fit the profile. Lunatics lack all of the qualities we see reflected in Jesus' character and life. That is, wisdom, love, and creativity. He demonstrated careful thought, keen insight into others motivations, and offered sound guidance. None of this points to a lunatic.

What, then, does this leave us with? We are left with only one real possibility. That is, Jesus was exactly who he claimed to be- the Messiah and Lord.

This explains why he kept his identity secret for a period of time. He understood that His enemies were looking for an excuse to murder Him, and knew that He had to keep His true identity under wraps until it was time for Him to proclaim Himself openly. Once He did, all the powers of religious authority and governmental power were arrayed against Him.

What evidence do we really have that He is Lord?

The primary evidence at the heart of the Gospel accounts is the Resurrection. We know that Jesus had been beaten horribly, lost massive amounts of blood, His side was pierced through to the heart, He was wrapped in bandages and entombed. On the third day, the Gospels tell us, He raised from the dead. Even the Jews have, throughout history, admitted that His tomb was somehow empty. Of course, they seek a different reason for His absence in the tomb. Trypho, a second century Jewish historian, wrote:

“One Jesus, a Galilean deceiver...we crucified, but his disciples stole him by night from the tomb, where he laid when unfastened from the cross, and now deceive men by asserting he has risen from the dead and ascended into heaven.”3

This, among many other non-biblical sources, helps establish the fact that the resurrection is an historic event. When we consider the rapid growth of Christianity in Jerusalem, there is no way it could have achieved such success if there were no empty tomb, or the apostles were lying. No one would have believed them there in Jerusalem, where the church started, if there were no empty tomb. The Roman and Jewish authorities could easily have pointed to the body and quickly debunked a lie. That isn't what happened however. Thus we find sources, such as Trypho, who make the absurd claim that the apostles stole His body. We know from the historic accounts of the Gospels that there were Roman soldiers posted at the tomb as guards, just in case someone did tried to steal His body. The apostles would have had to manage to sneak past these armed guards, roll away the stone, and sneak past them again carrying His body. Not a likely scenario. The alternative is that the apostles would have had to somehow overpower Roman centurions, armed with the best weapons and armor, and no order having been issued for their arrest for committing what was a crime demanding the death penalty. Again, not a likely scenario. The Romans were known for their brutality in pursuing and punishing anyone who dared offend the imperium.

Some contemporary authors have asserted that the Romans themselves removed the body. This leaves the question of why. What would motivate Pilate to remove the body? By doing so He would have potentially sparked an insurrection, or given credence to the small sect that had grown around Jesus, and who said he would rise from the dead. Also, if the Romans had indeed removed the body, why would they not have produced it to prove the apostles wrong when they proclaimed His resurrection in Jerusalem? This would have been in their interests, since they viewed any messianic movement as a potential political powder-keg, and certainly this would have ended any question of Jesus' identity or messiaship. This is another theory that simply does not work when examined closely.

We can also point to the fact that Jesus is reported to have appeared to people after His resurrection. For example, I Corinthians 15:3-8 gives us a list of some of those who saw Jesus after His resurrection:
When we look at their lives, all but one of the Apostles died for their testimony of his resurrection. People may die for many things, but not for a willful lie they are telling. It would have been much easier for them to simply walk away from the whole thing if indeed the resurrection was a lie. The fact is, none did. In fact, James, the brother of Jesus, didn't believe in his brother's claims until he was a witness to the resurrection himself!

“If the evidence for the resurrection was set before any unbiased court room in the world it would be judged to be an historical fact- Jesus rose from the dead.”

The expected resurrection is not so surprising when we consider Jesus' self claims.

He claimed to be one with God the Father:

He claimed power to perform acts only God could perform:

“Which is easier, to say to the paralytic, ‘Your sins are forgiven’; or to say, ‘Get up, and pick up your pallet and walk’? “But so that you may know that the Son of Man has authority on earth to forgive sins”—He said to the paralytic,“I say to you, get up, pick up your pallet and go home.” And he got up and immediately picked up the pallet and went out in the sight of everyone, so that they were all amazed and were glorifying God, saying, “We have never seen anything like this.”- Mark 2:9-12

Even in the very face of death, during His trial, He was asked:

His response was clear:

Jesus claims His identity is the Christ, the Son of God. This is His real identity! He was not murdered for what He did, or what He taught, but for who He was! The Messianic Secret is that Jesus is the Messiah, the Son of God, and very God of very God. He came to live a holy human life, to teach us the gospel of the kingdom, to suffer and die for our sins, to restore us to a relationship with His Father, and to overcome death through His resurrection. Your response to His claims, and to the facts of history regarding Him, is the most important decision you will ever make in this life.