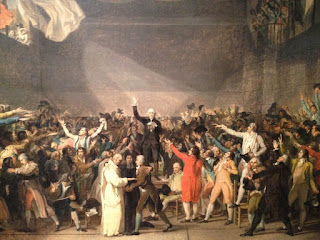 Why is the church traditionally opposed to secret societies? If individuals may lawfully have secrets, why may societies not have them? There's nothing wrong with being a Freemason, since all they really do is charitable works in society, right?

The church has traditionally condemned certain societies not simply and solely because they have secrets, but because of the particular kind of secrecy practiced in those societies. In some cases they're also condemned because there is sufficient evidence, as in the case of Freemasonry, that secrecy is used as an instrument for the propagation of error, and for the destruction of orthodox biblical Christianity. If a Christian thinks of joining a secret society he must know, not only as a Christian, but simply as a man of conscience, to what sort of secrecy he is going to commit himself; and those who have a right to know the state of his conscience also have a right to know whether his joining that society will be a source of spiritual harm to him, or a stumbling block for others.

One very objectionable feature of certain secret societies is an oath of absolute secrecy. In most cases, these oaths are taken without one's knowing what he may be committing himself to. The most objectionable is the oath of absolute and unconditioned obedience, which no one, under any circumstances, can conscientiously take.

The use of a pseudo-religious ritual is itself a sufficient reason for condemnation, especially if it is accompanied by the use of symbols of a religious character whose meaning is known only to higher adepts, or are taken from various occult and/or pagan systems of belief. Even in many of the less objectionable secret societies of the day (such as the Knights of Columbus) there are influences constantly at work tending to weaken the faith of Christians and lessen their allegiance to Christ alone. It is partly because of such objectionable elements in Freemasonry that many churches have traditionally forbidden, under pain of excommunication, anyone to join any Freemasonic organization. The Knights of Pythias, the Odd Fellows, Skull and Bones, and all like societies fall under this same condemnation.

But what about other secret societies not explicitly condemned? Are Christians free to join them simply because the church has not expressly condemned them?

The answer is no, since membership in them may be a source of spiritual harm. Careful inquiry should be made into the character and aims of such societies, and prudent advice sought as to the wisdom of actually joining them. The church should have every reasonable assurance that membership in any given society will not prove spiritually harmful to the Christian concerned, which automatically excludes societies requiring oaths and secrecy. For example, the following oath is that of the first degree of the Blue Lodge in Freemasonry, and is blasphemously taken on the Bible. It is important to know that the secrets of Freemasonry are not known to most outsiders, and that Freemasonic philosophy does not regard the Bible as the Word of God, as the Freemasonic philosophy is much more aligned with Theosophy.

“I, in the presence of the Great Architect of the Universe ... do hereby and hereon solemnly and sincerely swear that I will always hide, conceal, and never reveal any part or parts, any point or points of the secrets or mysteries of or belonging to Free and Accepted Masons in Masonry which may heretofore have been known by, shall now or may at any future time he communicated to me. These several points I solemnly swear to observe under no less penalty than to have my throat cut across, my tongue torn out by the root and my body buried in the sands of the sea, or the more efficient punishment of being branded as a willfully perjured individual, void of all moral worth. So help me God.”

No Christian can, in good conscience, pledge himself by promise or by oath to any duty or obligation, the nature of which he does not know.

Our Savior has answered the question of oath taking quite well, in saying:

On the purely natural level, anyone taking such Freemasonic oaths is doing so without full knowledge of their obligations, and becomes a potential menace to society; while on the spiritual level he violates the clear commandment of Christ, and becomes an apostate.
Labels: Christianity Freemasons J. Davila-Ashcraft Masonic Lodge oaths paleo-orthodoxy secret societies