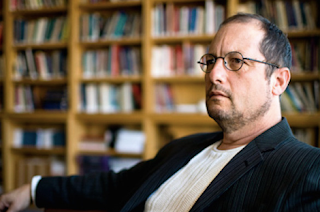 While it is true we have no copies of the originals of the New Testament writings, Ehrman would argue that the manuscripts and manuscript fragments we do possess, the oldest of which are from the 2nd, 3rd and 4th centuries, when compared to each other, demonstrate a profound difference, and therefore brings their truthfulness into question. What Ehrman is a bit deceptive about here is this; we actually possess 5,700 Greek manuscripts, 10,000 classical Latin manuscripts, and 9,300 miscellaneous versions of the New Testament. This gives us 25,000 ancient manuscripts which we can compare for accuracy and consistency. When examined closely, these manuscripts demonstrate that 1/8th of the manuscripts actually differ, and 1/8th of that the demonstrate differences in spelling, missing or misspelled words, etc. None of these flaws impacts the history or theology of the New Testament in any way. For Ehrman, a 1/8th difference was somehow enough to derail his faith, and he wants you to believe it should derail yours as well. When backed into a corner, Ehrman will admit that 99.9% of the differences he uses to bolster his claims are in fact one or two word variations that indeed do not impact the history or theology of the New Testament. In a 2009 interview, he was asked, “You wouldn't say that...the fundamental doctrines of Christianity are, in some way, called into question by textual variation?”, to which he stated, “No, I don't argue that...I don't think that if you have a theologian with a particular theological view, that if you give him a different manuscript, and he reads that one instead of the one he was reading, that it's going to change his doctrine. People seem to have doctrines for all sorts of reasons, and they rarely have anything to do with small textual variations.”2

The fact is, Ehrman indeed does argue that the texts can not be trusted because of these variations- variations he admits are mere "small textual variations"- so he is subtly suggesting in his rhetoric that the fundamental doctrines of Christianity are in question.

His answer, albeit shockingly honest, demonstrates a manipulative approach on his part. Note that, rather than simply admitting the textual variations are not of such a quality that they impact the history or theology of the New Testament, and leaving it at that, he shifts the focus to question whether theologians truly look to the text for their theology. You could call this a sort of intellectual slight-of-hand. He answers in a way that is truthful, but only to call theology into question, diverting attention away from his obvious foundational error. Any theologian worth his degree will carefully examine Sacred Scripture for the truths it contains, rather than bringing their presuppositions to the text for confirmation. Undoubtedly there are cases where a theologian has done so, but then, these aren't reputable theologians. Have some reputable theologians, at times, misinterpreted the biblical data? Certainly, but then other theologians, diligent in their pursuit to understand Scripture faithfully, come along and correct the errant theologian. If the errant theologian is persistent in his misreading of the data, it simply underscores the fact that he cannot be trusted in the field, and he falls into disrepute. If the error is egregious enough, he is denounced as a heretic, since he is out of step with 2,000 years of experience in the science of biblical interpretation, departing thereby from orthodoxy into heterodoxy or heresy.

Such errors in interpretation happen in most fields of study where one is pursuing truth. The sciences have a long history of misreading data, and coming to some very faulty conclusions as a result. Eventually a scientist comes along who is more diligent, or perhaps adds more data, and comes to a truthful conclusion. No one would suggest that we completely ignore science, simply because some fringe, disreputable scientists hold to presuppositions or theories that are not substantiated by the data. Yet that is exactly what Ehrman would have us do with theology.

The New Testament is actually quite faithful to what must have been the original autographs, One of the ways we know this is through internal evidences. For example, the Gospels are filled with Aramaic words and phrases from 1st century Jewish culture, preserved in the Greek texts. Why? Professor Alan Millard is quoted as saying, “The simplest explanation for the presence of these foreign terms in the Greek is accurate reporting.”3 Accuracy implies a faithful transmission of the preceding, and therefore original, texts. Brian H. Edwards, writing for Answers in Genesis, reports on a leading Jewish scholar on the rabbincal traditions of the 1st century, who stated, “We would naturally expect the logia of Jesus to be originally copied into codices.”4 Again, if originally copied in manuscript form, and then being witnessed to in later Greek texts of the New Testament, then we know, despite the minor variations from text to text, that we have a faithful transmission of the original.

Far from being the shocking undermining of the New Testament that Ehrman proposes, the internal evidences and manuscript consistency are overwhelmingly in support of the faithful copying of the New Testament texts. New Testament scholar Daniel Wallace notes that, despite the variations in texts (numbering about 300,000 individual variations), this number should not be taken as an indication of faulty texts. He points out that the vast majority are spelling variations, inversion of phrases, and minor changes in the conveying of certain events. He argues that the Majority Text and the modern critical texts are in agreement in 98% of cases.5 Greg Koukl, who holds a M.A. In Philosophy of Religion and Ethics, and is the founder of Stand to Reason, an apologetics ministry, quotes D.A. Carson, a Greek scholar, as saying:

“The purity of the text is of such a substantial nature that nothing we believe to be true, and nothing we are commanded to do, is in any way jeopardized by the variants.”6

The scholarly consensus is clear, and soundly refutes Ehrman's minority opinion. The fact is, the New Testament is not harmed whatsoever by the minor variations in texts, its content remains consistent throughout, it demonstrates continuity with earlier texts, and is reliable in what it contains.