The Error of Cultural Relativism 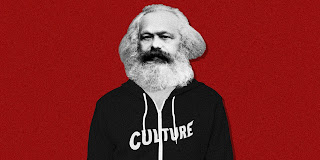 The basic premise of Cultural Relativism is that morality and ethics are relative to the current culture. In fact, those who propose this philosophy take this to the next level by further stating that all moral beliefs are nothing more than "cultural norms". Euthanasia, for example, can be viewed as right or wrong only within the context of a given culture at a given time. If a culture legalizes the euthanasia of the elderly for the perceived greater good of a community, then it is morally acceptable to have the elderly euthanized. It could also be viewed as a moral good for the elderly to request such for the good of the community. In other words, whatever is legal is considered moral.

I would argue that simply observing a cultural norm is not evidence or proof that the observed action is moral or good. To make such a claim means that a culture could make any action moral simply be the power of legislation. Just because the Supreme Court of the United States has ruled that it is okay to murder an unborn child does not make that action moral. Perhaps more to the point for the Cultural Relativist, we should point out the racial hygiene laws of National Socialist Germany. Under these laws many crimes were committed, yet if we accept the premise of Cultural Relativism, we cannot call these actions objectively evil or bad. They were simply laws that were seen as benefiting the community and culture of Germany at that time. This also means the Holocaust could not be viewed as an objective  moral evil. The Cultural Relativist is, if he is to be consistent in his philosophy, forced to accept such actions as moral for that time and place.

This also means that morality is ever changing. A thing that is moral today may be immoral tomorrow. This would mean that a culture would be proposing two opposing sentiments, and thus either one is wrong and the other right (and thus objective moral truth), or both are wrong, and objective moral truth is simply not yet realized by that culture. Indeed, the same could be said of two different cultures, each adhering to opposing views on a given moral issue. For example, if a culture practices the oppression of women, then that action is assumed to be right because that is what is happening naturally in the context of that culture. Any culture that opposes the oppression of women is merely expressing their unique morality, and not in possession of any objective standards. Perhaps this is one reason Leftists support and turn a blind eye to those Islamic cultures that commit atrocities against women, children, gays and Christians. It also explains the Leftist resistance to the preservation of any given culture, nation, borders, etc., since these things would simply be relative to time and influence and possess no objective value, and thus would naturally change. In their Cultural Marxist worldview (of which Cultural Relativism is a part) they simply view these crimes against humanity as a natural experience of those particular cultures with no objective moral implications whatsoever.

Cultural Relativism makes many assumptions that are clearly fallacious. In its failure to reasonably recognize universally objective morality, ethics and truth, it leads to the destruction of culture and the people in that culture. I think there is a spiritual dimension to this worldview conflict as well, since if objective truth, morals and ethics exist, then this in turn argues for the existence of an Absolute Source of these things-a moral law giver. For Christians, this moral law Giver is God. I suspect this is really what the Cultural Relativist wants to avoid, since they would then be accountable for their actions and attitudes both in this life and in the afterlife. This means that, like many other philosophies of our modern world, it is merely another component in the worldview war against God.
Labels: Christianity Cultural Marxism Cultural Relativism J. Davila-Ashcraft Leftists objective truth philosophy theology truth claims