Does Post-Modern Culture Prove the Existence of God? 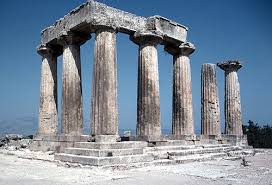 The dangers of Post-Modern culture cannot be underestimated, and the remedies to which the faithful often have recourse are insufficient to meet the demands of what can only be called greater evils. We will begin, therefore, by saying a few words about the need for greater faith, since ever greater evils demand we demonstrate an ever greater faith.

The poison of Post-Modern culture is such that we find ourselves in a post-Christian society. This “dechristianization” began in 18th century France with the rebirth of paganism and the reappearance of pagan pride and an undue reverence for “liberty”, even among Christians (though, admittedly, one could argue it began with the American Revolution). This turning away from Christ helped advance the next stage of the Adversary's plan, which rejected the objective nature of truth, the existence of objective moral values, a disdain for family and tradition, and finally, the need for observing the precepts which lead to salvation; four denials which strike at the root of the Christian life. The French Revolution with its deism and Naturalism undermined the faith thus: God, if He exists, is interested only in a universal ordering of things and not in individual people. Sin, therefore, is not an offense against God, but only an offense against reason and perhaps even the prevailing culture, which is constantly evolving. Stealing, for example, was a sin so long as the right of private property was admitted; but if, as Socialists hold, private property is a crime against the community, then private property itself becomes a theft.

This spirit of revolution led naturally to the modern Leftist movements, which once they infected the churches, at first, to hide their tracks, tried to steer a middle course between the gospel and Leftist social ideology. But they found themselves in a situation where they could reach no definite conclusions: these “liberals” in the church neither affirmed nor denied, but always made distinctions; and controversies raged on because they were incapable of solving difficulties which were springing from their subtle denial of the principles of Christianity. Liberalism failed to provide a norm of conduct and so it gave way to modern radical Leftist ideology, which is even more opposed to the gospel and seeks to replace biblical morality with a puritanical social justice morality as a replacement. Because they tend to avoid the word "anti-Christian" they couch their hatred in other, positive, terms. They're “pro-choice”, “pro-LGBTQ”, “pro-feminist”, and “pro-free thought” (at least until it conflicts with theirs). And now we see that this radicalism of the Left has led to the New Atheists and outright Socialism/Communism.

Let's be very clear here: the only effective opponent of Socialism and Post-Modern culture is the Christian, because only Christianity contains the truth without any mixture of error.

What effect have both of these errors had on civil legislation? Take a look at our courts and legislatures. They have gradually become atheistic and antagonistic to the Christian life. Not only does they forget the existence of God and divinely revealed law, both positive and natural, but they even enact legislation opposed to the divinely revealed laws. For example, making prayer unlawful in schools (unless you are a Muslim), removing mandatory courses in Western European history and American history, philosophy, etc. and replacing them with courses in intersectional gender studies, LGBTQ studies, women's studies, and the like. Educational institutions have eventually become atheistic in all three divisions: primary, secondary, and university. In these schools religion is often reduced to a more or less rationalistic history of religions in which Christianity wears the garb of the oppressor and the violent aggressor. Finally, there is complete freedom of cults and all sorts of religion on campus, with the exception of Christian groups who frequently find themselves under assault by both the student body and the administration. Another example is divorce on demand, which in every nation ruins thousands of families each year and leaves children without a father or mother in the home, extended family, and often inferior education and guidance. And so, year after year, young people who are the country's future citizens leave these atheistic schools without a grasp of any true religious principles, no appreciation or understanding of objective truth, no concept of the family as the foundation of human society, and a completely nihilistic worldview. Disordered "reason", the sins of the flesh, the sins of the eyes, the desire for money or the hatred of the wealthy and nation, and the pride of life take the place of Christian faith. All these things form an Atheistic Naturalist system under the name of progress and liberty without any obligation or sanction.

If the corrosive effects of these errors are not evident to us now, they will become very obvious according to the "Law of Acceleration in Fall" in the generations to come. This deterioration in succeeding generations is like the quickening speed of falling bodies: if in the first moment the rate of fall is 20, in the fifth moment it will be 100.

Keep in mind that at the root of these errors is deism (the heresy of the Enlightenment and the majority of the Founding Fathers of the U.S.A.), the idea that God, if He exists at all, is only interested in universal laws and not in individual people. As a result, sin is not an offense against God, but against a constantly evolving reason. There is no such thing as inherited depravity, a redemptive sacrifice, regenerative grace, sacraments, and a holy life. The church and prayer are useless.

Indeed, according to many modern Progressives, to think that God exists at all is a mistake. If God is disinterested in us, then we do not need God, so why should we even believe that He exists? Rather, humanity is evolving itself into god. God is that tendency to progress, to achieve the happiness of the enlightened post-Modernist, the happiness of which Socialism and Transhumanism speak.

As for objective truth, how, according to these principles, can we discern truth from falsehood? There is only one way: Progressive liberty. This liberty is absolute. It has jurisdiction over everything. I have my truth and you have yours. Morality and even biological science remains as open as if there never had been a divine revelation or scientific facts. The fact that there are only two biological genders, for example, is a material understanding that fails to account for the transgendered persons “feelings”. They feel themselves to be the opposite gender of their birth, and so are that opposite gender. This is “truth” for them and you will accept that as absolute truth-or else! Post-modern culture, therefore, because it rejects the divine law and even the natural law written on man's heart, cannot preserve public order and prevent serious disturbances. This failure is in fact an implicit proof, per absurdum, of the existence of God.

Societies which are based on grossly false principles and atheistic legislation are on their way to death. In them, the individual as such can, with God's grace, be saved; but as societies they are dying because the error upon which they are founded is a deadly one.

Only the Christian faith can resist these errors, but it can only influence culture on condition that we have deeper faith to meet the deeper errors of our world.

“For everyone who has been born of God overcomes the world. And this is the victory that has overcome the world-our faith.”- 1 John 5:4