Self Realization III: The Identity and Origin of Self 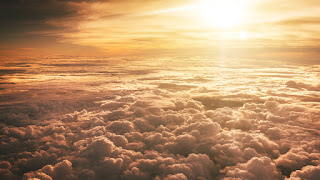 "With the possible exception of the equator, everything begins somewhere."- C.S. Lewis

In our quest for self realization, we have to define self. As we have touched on previously, we tend to think of self in terms of name, family heritage, ethnicity, country of origin, employment, relationships to family members, etc. These are all correct in their respective experiences, but not in the ultimate sense, which is what we are trying to get at in regard to self realization. As Materialists want you to believe you are simply an animal, any question of self realization would really end there, since your self would be a momentary blip on the face of nature with no true value or meaning. A very dark and dour worldview indeed, though the Materialist may try to lend existence some manufactured form of meaning which only further confuses the issue, since they find it in- surprise!-material things alone. If indeed you are just an animal, abstracts such as love, compassion, self-sacrifice, peace, and friendship are all merely illusions. Interestingly, many eastern religions teach a similar approach to the material world. For them, the world itself is illusory, and our relationships with one another are simply designed to help us avoid our true identity, which varies depending on the school of thought in question.

The word self actually refers to our objective existence-our objective created identity. All of those other definitions we apply to ourselves are simply various layers of understanding self, much like peeling an onion with all its layers. At the very center of our identity is the ultimate objective self. We can make some minor changes to the Cosmological Argument and come up with the following syllogism as an aid to understanding our self.

Anything that begins to exist, has a cause.
Humanity began to exist.
Therefore, humanity has a cause.

We have already examined the claims of the Materialist (evolution) and found them lacking, but we do agree with them on one point: humanity had a beginning. Let's think on our syllogism for a moment. What is the cause of humanity, if not evolution? Considering the complexity of the human mind and body, the cause would of necessity be complex itself. Since we are beings of personality, this cause would also need to possess personality, since personality could not be generated from impersonal energies. As personality is the characteristic of a person, this in turn means this source must be a Person. In order to be the cause of something that began to exist, this being must have preexisted what it creates. And since we have a concept of self, and understand that we possess the ability to know the self, this cause must be the Absolute Self, and we are the derived self since we are the caused. And finally, to be capable of creating humanity with such complexity, precision, and attributes, this cause must be all powerful. The conclusion one reaches is that this can only describe God. So what does this mean in our quest for self?

"Then the Lord God formed man from the dust of the ground, and breathed into his nostrils the breath of life; and man became a living soul."- Genesis 2:7

This biblical data confirms our philosophical conclusion as to the origin and core identity of self. We are, in our very essence, a living soul. This is our self. This should not be confused with the eastern concepts of self identity, which deny the material is of any value, as the material is considered illusion. In eastern philosophy, we misidentify with the material body, while Sacred Scripture takes a more balanced, reasonable position: we are living souls, comprised of both a material body and an immaterial soul, which is what makes us "living".

We also know from Sacred Scripture that God eventually ceased from creating. (Genesis 2:2-3), which means that, after the creation of Adam and Eve, the living soul is no longer directly created by God, though it continues to have its origin in His creative act. How is it then that all the living souls from that time forward appeared?

God commanded the first man and woman to be fruitful and multiply. In other words, to have children; to procreate. This means that they were to generate offspring after their own kind. Logically this would include all the characteristics common to the parents, including being a "living soul". Thus we have obvious evidence of, and can conclude that the immaterial and material aspects are both generated from the parents during the procreative act.

This then is the identity and origin of self.

-More to come...
Labels: human origins identity origin of the soul paleo-orthodoxy Self Realization the self