The Heresies of Brennan Manning 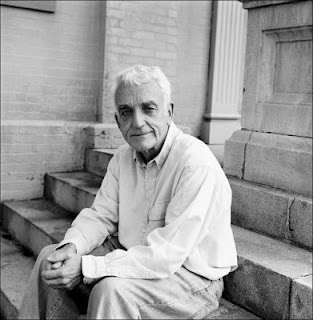 Brennan Manning has been a favorite author of many evangelicals for some time. Such well known figures as Michael W. Smith, Rich Mullins, Michael Card and Max Lucado praise his writings. When a pastor friend quoted his 1990 book The Ragamuffin Gospel, it was obvious to me that something was quite wrong here. The quote, an antinomian statement in defiance of both church history and scripture, reads:

“Rome is burning, Jesus says. Drop your fiddle, change your life and come to Me. Let go of the good days that never were - a regimented church you never attended, traditional virtues you never practiced, legalistic obedience you never honored, and a sterile orthodoxy you never accepted. The old era is done. The decisive inbreak of God has happened.”

There is so much wrong with this statement it is difficult to know where to begin.

First, "a regimented church"; The historical record of the church demonstrates it has always had a certain regimented character. A character which, despite the protests to the contrary, is one which has ever increasingly been abandoned by some Protestants in pursuit of an egalitarian church that never really existed in anything but their imaginations.

Second, the notion that one should abandon traditional Christian virtues which one never practiced is absurd. If one never practiced them, then one can hardly abandon them. Also, to advocate the abandonment of those virtues is to echo the exact same advice of the Cultural Marxists. If anything we should be calling people back to traditional Christian virtues.

"Legalistic obedience you never honored". The first observation I have of this phrase is this; obedience is conformity to a certain standard. Biblically speaking, it is conformity to God's Word. If indeed one never honored that demand for obedience, how could one be called "legalistic"? Also, I find that the word legalistic is often used in Modernist Protestant rhetoric to cast aspersions on those who take seriously God's commands and refuse to violate their conscience. Just because God has demanded something of me in my relationship with Him that may be keeping me from something detrimental to my spiritual life (and not necessarily yours), does not make me legalistic.

And finally, the notion of a "sterile orthodoxy" is absurd. Orthodoxy is "right thinking about God". It is by definition impossible for orthodoxy to be sterile. If there is sterility it lays in the one who does not take seriously the need for orthodoxy, despite apparent signs of life. What Mr. Manning is advocating here is a "fertile heterodoxy". To place such sentiment in Jesus' mouth is dangerous. The "decisive inbreak of God" is what established the very things Brennan disparages.

This made me curious to know more about this man who is seemingly so popular. What did this man, who wrote of God as the “kooky God”, believe? What do his books really say? I was shocked when I actually looked into it, since his books can only be described as psycho-babble and heresy all rolled into one. What I found is a man who rolled the false teachings of Carl Jung (who was heavily influenced by the occult), Beatrice Bruteau (a New Age teacher who teaches the divinity of Man) , Henri Nouwen, Thomas Merton, and Pierre Tielhard de Chardin (a proponent of Evolution and the Modernist heresy) into one massive ball of theological heresy.

By way of examples, allow me to share Manning's explanation of the story of the woman caught in adultery, found in John 8. Manning writes on page 167 of The Ragamuffin Gospel that Jesus did not demand of her any change in her life, but rather He, “didn't seem too concerned that she might dash back into the arms of her lover.” This is one story Manning uses to disregard the orthodox biblical teaching of avoidance of sin. Of course, Manning completely ignores the fact that Jesus commanded her to “Go, and sin no more.” (John 8:11) It also ignores the fact that Jesus was consistent in his command to avoid willful sin, as in John 5:14.

In Manning's theology it does not matter what one does with regard to sin. One can continue to lie, cheat and steal, so long as he believes in Jesus. He shares a personal story of having met a woman who aborted her baby, a practicing homosexual, and an active prostitute, all of whom were happily unrepentant. And yet, somehow, they are all saved in his view. (The Ragamuffin Gospel, pgs. 32-33)

Manning's theology is nothing more, nor nothing less, than a personal rationalization that allowed him to continue in his alcoholism, which destroyed his marriage and ultimately took his life. Those who find in his writings anything other than heresy are either misinformed or are looking for the same sort of easy grace, wherein God winks and smiles at our sin. This false god Manning created in his own image is not holy, not all powerful, and certainly not just. He is a cosmic buffoon desperate for the attention of His creation, who cares less for their holiness than He does His own needs. In short, it is not the God of the Sacred Scriptures.

The God of Sacred Scripture is just and holy.

While God certainly receives us as we are, He loves us enough not to leave us that way. He commands holiness of life and obedience. This is the true gospel. Ragamuffins are invited in, and transformed into the sons and daughters of the Almighty, not permitted to continue in the muck and mire of sin.

Perhaps someone should have told Michael W. Smith, Max Lucado and the others this instead of allowing them to get away with promoting a pagan hedonistic ideology under the guise of Christianity.
Labels: Brennan Manning heresy paleo-orthodoxy Ragamuffin Gospel