Self Realization II: The Question of Identity 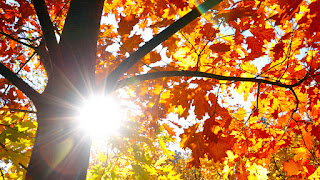 “Why does it feel like something inside? Why is all our brain processing-vast neural circuits and computational mechanisms- accompanied by conscious experience? Why do we have this amazing inner movie going on in our minds? I don't think the hard problem of consciousness can be solved purely in terms of neuroscience.”- David Chalmers, NYU Philosophy Professor 1

The question of who we are is intimately linked with the question of what we are. We can all readily see that we are beings of body (a human, biological form), and mind. The question we have to really answer is, what is mind, or consciousness? If I were to ask you who you are, your answer would likely begin with, “I am...”, and then proceed to describe some aspect of yourself. Usually it is answered in the following ways:
We will generally answer with biological descriptives, or personal names. The problem is, none of these actually answer the question. Sure, they give me biological information as to your physical identity, but never address who that “I” is answering me. Perhaps we need to ask, who is the “I” that perceives the material world and comprehends it? Who is the"I" that is aware? Is this"I" just the effect of matter; complex electrical impulses in the brain? When you experience good food, a beautiful sunset, or pleasant music, is it just the body that is experiencing? Is it just the tongue, the eye and the ear? Is this"I" at all distinct from the body?

As we noted in the previous article, Materialists (Atheistic Naturalists) reject the transcendent. What this means is they are exactly what their title says- purely Materialists. As Materialists are proponents of neo-Darwinian philosophy, they believe that humanity are simply animals. To be sure we are, in their opinion, highly intelligent animals, but animals nonetheless. As journalist Annalee Newitz put it:

"Even though you are reading this on a sophisticated electronic device, you are an animal. That's the most radical idea to come out of Charles Darwin's groundbreaking studies of evolution, and even today, it still freaks people out." 2

If indeed this is true, then we should see an overwhelming amount of evidence that demonstrates similarities. And while Materialists will offer said evidences, they are all limited to the biological- the material- and we have already noted that we need an answer that accounts for the I that is observing these biological facts. Once we begin to discuss higher topics, such as consciousness, the Materialist is forced  into all sorts of intellectual contortions, since it is clear humanity stands quite apart from the animal kingdom. Human consciousness establishes a very profound distinction that cannot lightly be ignored.

You are able to ask the existential questions we have previously mentioned. It does not, however, enter into the mind of the pig to question whether there is anything more to life than the pig sty. It never occurs to the dog that life has deeper meaning than to chase cars and bark at strangers. We do not doubt that animals have a type of consciousness, but it is clearly of a lower variety, expressing itself as instinct.

Even if we look at the biological evidences we see that humans are quite distinct from animals. Our brains possess qualities that no animal brain does, which makes us far more intelligent and creative. We have the ability to speak through a complex vocal system. Using the brain, we can observe things at will, contemplate a wide variety of interests and issues, make abstractions and think about spatially and temporally remote objects. Our bodies are so equipped that we have been able to master our environment, harness the elements of the natural world and create a higher standard of existence through the various sciences. We find nothing even remotely comparable in the animal kingdom. Obviously we are quite different from animals, no matter how desperately the Materialist would deny so.

Again, what we see here is the utter failure of Scientism to offer us any answers that meet the criteria for truth. G.K. Chesterton wrote of evolution:

"Evolution is a good example of that modern intelligence which, if it destroys anything, destroys itself. Evolution is either an innocent scientific description of how certain earthly things came about; or, if it is anything more than this, it is an attack upon thought itself. If evolution destroys anything, it does not destroy religion but rationalism." 3

The Materialist would have us ignore all evidence to the contrary of his "man as animal" theory, and simply stop looking for truth, since they claim to possess it in absolute quantity. It is one thing for us to doubt our preconceived notions (such as those held like religion by the Materialist), but another thing altogether to doubt the existence of transcendental truths given the evidence of transcendental realities.

"A man was meant to be doubtful about himself, but undoubting about the truth; this has been exactly reversed." 4

We should never allow the Materialist to reverse our thinking, and make a proverbial monkey out of man. If we embrace their worldview, then life is reduced to an animal existence. We live merely to eat, sleep, procreate, and defend our little territory just like all the other animals in the world.