Self Realization I: Materialism and the Existential Questions 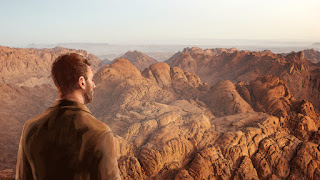 Self Realization (noun)- Definition: Fulfillment of one's own potential.

“In the divine Scriptures, there are shallows and there are deeps; shallows where the lamb may wade, and deeps where the elephant may swim.”- John Owen 1

Everyone, regardless of race, gender, ethnicity, or age, has at some point asked themselves the existential questions. It may take longer for some than others, but rest assured, the questions will be asked. Who am I? What am I? How did I get here? Why am I here? Is there meaning to life, or are the Atheistic Naturalists correct when they say life is ultimately meaningless? These form only the groundwork for even deeper questions of human existence. Those who actually pursue answers eventually find even more troublesome questions. Questions like the following.

Am I just a highly evolved animal?

Am I just the body?

Is my mind a product of electrical impulses in the matter of my brain, or am I something beyond the material body?

What is consciousness? Is it evidence of the soul, or is it just an effect of the brain, a purely biological function?

Is there a God?

Our world today is filled with voices, each claiming to know the answers to these questions, each offering opposing viewpoints. They cannot all be correct, since they contradict each other, so how do I discern truth from falsehood in this cacophony of voices? It is indeed very difficult to know who, or what, to believe. To begin our quest, we first have to eliminate those sources who truly cannot offer anything to us in terms of answers to these existential questions. After all, we are discussing self realization here, and so we must turn to the best teachers we can find. As self realization is defined as "fulfillment of one's own potential", the existential questions have to be answered first, since until one has an understanding of who we are, what we are, where we come from, and why we are here, any notion of fulfilling one's potential is futile. You cannot fulfill the potential of that which you have no understanding of.

Currently, the most popular voices in the confusing milieu of competing ideologies that is modern society are that of the Atheistic Naturalist and the Post-Modernist. The Atheistic Naturalist is perhaps better known as a Materialist, as he rejects any notion of anything beyond or above the material world. There is no room for the transcendent in the mind of the Materialist. All is a product of nature, and nature itself of the cold, chaotic processes of evolution. G.K. Chesterton recognized as far back as 1920, that many were, in effect, worshiping science, and thus were transforming science into a philosophy of life- a religion. We can call that religion Scientism. This religion rejects any claim of miracles, any argument for the existence of God, and any evidence of a human soul. These things are the height of absurdity to the adherent of Scientism! They are regarded as the primitive superstition of humanity that inhibits the advancement of human society, keeping it from fulfilling its potential- a collective self realization. For this reason, religion- all religion- must be opposed on the grounds of a claimed love for humanity. This is why such organizations as Freedom From Religion Foundation exist.

Richard Dawkins is perhaps the most well known proponent of this new religion. Consider the following statements he has made that exemplify this Materialist worldview:

“I am against religion because it teaches us to be satisfied with not understanding the world.” 2

“Faith is the great cop out, the great excuse to evade the need to think and evaluate evidence.” 3

“The universe we observe has precisely the properties we should expect if there is, at the bottom, no design, no purpose, no evil, no good, nothing but blind, pitiless indifference.” 4

Dawkins, like his fellow Materialists, labors under the misapprehension that those asking questions, and who are led by those questions to spiritual life, are discouraged from understanding the world. Furthermore, his comment regarding there existing no good or evil, is flat out Relativism, which is the operative philosophy of Post-Modernism.

The basic premise of Relativism is that there is no absolute truth, and thus, morality and ethics are relative to the current culture. In fact, those who propose this philosophy take this to the next level by further stating that all moral beliefs are nothing more than cultural norms. Euthanasia, for example, can be viewed as right or wrong only within the context of a given culture at a given time. If a culture legalizes the euthanasia of the elderly for the perceived greater good of a community, then it is morally acceptable to have the elderly euthanized. It could also be viewed as a moral good for the elderly to request such for the good of the society. In other words, whatever is legal is considered moral.

The fundamental flaw in this line of thought is that, since there is a great diversity between cultures, and these cultures change constantly and often conflict with one another, this actually points to an objective moral truth. Simply observing a cultural norm is not evidence or proof that the observed action is moral or good. To make such a claim means that a culture could make any action moral simply be the power of legislation. Just because the Supreme Court of the United States has ruled that it is okay to murder an unborn child, this does not make that action moral. Likewise, just because the Supreme Court ruled that gays can be married, this does not make such unions moral. Perhaps more to the point for the Relativist, we should point out the racial hygiene laws of National Socialist Germany. Under these laws many crimes were committed, yet if we accept the premise of Relativism, we cannot call these actions evil or bad. They were simply laws that were seen as benefiting the community. The Relativist would be forced to accept such actions as moral for that time and place. The wildly divergent ideas of what is right and wrong that exist in various cultures do not provide anything objective, but leave one in a state of ignorance as to what is truly right or wrong, moral and immoral. A thing that is moral today may be immoral tomorrow. This would mean that a culture would be proposing two opposing sentiments as truth, either one is wrong and the other right (and thus objective moral truth exists), or both are wrong, and objective moral truth is simply not yet realized by that culture. Indeed, the same could be said of two different cultures, each adhering to opposing views on a given moral issue.

Relativism is part and parcel of the Materialist religion of Scientism, of which Dawkins is arguably the foremost apostle. It assumes that what should be is, based on what is. For example, if a culture practices the torture of women, then that action is assumed to be right because that is what is happening naturally in the context of that culture. Perhaps this is one reason some Atheists support and turn a blind eye to nations that practice suppression and commit atrocities against women. It also explains the resistance to the preservation of any given culture, nation, borders, etc., since these things would simply be relative to time and influence and possess no objective value, and thus would naturally change. In their worldview , they simply view these crimes as a natural experience of those particular cultures.

Scientism makes many assumptions that are clearly fallacious. In its failure to reasonably explain the origin of the cosmos, human origins, morality, ethics and in its rejection of truth, it actually lends support to the obvious conclusion that there are objective truths, morals and ethics. And if objective truth, morals and ethics exist, then this in turn argues for the something that transcends the material world. This is really what those like Dawkins want to avoid, since they would then be accountable for their actions and attitudes both in this life and in the afterlife. This means that, like many other philosophies of our modern world, Scientism is not equipped to answer the existential questions. It is not the role of the sciences to address such questions. The sciences are meant to understand only the material world; biology, physics, geology, medicine, etc. are only equipped to handle issues of a material nature. Thus, when it is misused in a feeble attempt to address the existential questions of humanity, it can only fall extremely short of providing meaningful answers. The physical sciences cannot tell you who you are, but only how your body works. They cannot tell you why you are here, only the process of procreation. Science cannot answer the question of the existence of God, but merely witness to the incredible complexity and precision of the cosmos we exist in. And yet, many share Dawkins' worldview, and reject any notion of miracles, a soul, any transcendent meaning of life, and absolutely of God. G.K. Chesterton wrote:

It is abundantly clear that Dawkins and those who think like him, have a doctrine, though they would perhaps deny it vehemently. Chesterton goes on to note the innate insanity of the Materialist approach to the existential questions.

“As an explanation of the world, materialism has a sort of insane simplicity. It has just the quality of the madman's argument; we have at once the sense of it covering everything, and the sense of it leaving everything out...His cosmos may be complete in every rivet and cog-wheel, but still his cosmos is smaller than our world.” 6

The Materialist has, as Chesterton notes, a miniscule cosmos in which he lives, albeit one of his own imagination. He cannot entertain seriously questions that arise naturally and logically in the minds of those who sincerely seek understanding. Certainly the Materialist can use scientific terminology, and appeal to scientific findings, but as these only speak to the material world, and not to questions of a transcendental nature, they are completely relying on a sort of faith- ironic as that is.