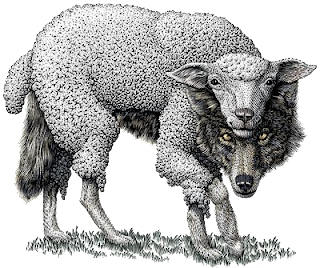 Recently I engaged a number of people ensnared by the Hebrew Roots heresy. They did their best to explain why we should avoid the use of the name "Christian", as well as why it is an absolute necessity to keep the Old Testament feasts, observe a kosher diet, wear tallit and tzitzit, and generally observe the entirety of the Old Testament Law. When I attempted to counter these claims with the plain truths of Sacred Scripture, as well as the witness of the early Church Fathers, I was denounced as an "antinomian". Anyone who has read my article on Christians and the Law will know this is a baseless claim. This issue does, however, bring up the need to explain the first council of the church- that of the Jerusalem Council recorded in Acts 15 and attended by the Apostles- and the meaning of the decision of this council, as it is misconstrued as actually supporting the Hebrew Roots heresy. What follows, then, is an attempt to do just that.

"Certain men came from Judaea and taught the brethren, "Unless you are circumcised according to the Law of Moses, you cannot be saved."- Acts 15:1

Scripture records for us events that occurred in Antioch, wherein Jewish converts to Christianity were teaching the Gentiles in the church that they had to keep the Law in order to be saved. It appears that some Jews could not fathom the idea that non-Torah observant Gentiles could possibly have a salvific relationship with the Messiah. After all, these Gentiles demonstrated absolutely no regard for observing the feast days, circumcision, dietary rules, etc. Their teachings caused quite a stir in the church at Antioch, and they cast doubt on the teachings of the Apostle Paul. What is clear from these and following verses is, Paul had not told them they needed to keep the Law. Neither he nor Barnabas obviously even hinted at the need to do so. This undoubtedly confused the Gentile Christians. Previously in Acts, we are told what Paul taught the Gentiles.

"...and by Him everyone who believes is freed from everything from which you could not be freed by the Law of Moses."- Acts 13:39

This teaching  of Paul directly contradicted the claims of these Judaizers, who taught that one had to keep the Law in order to be truly freed. In other words, Jesus saves you, but only if you keep the Law.

"Gentile converts who had not passed into Christianity by the gate of Judaism would be sure to be regarded as wanting something, by the people in whose mouths "uncircumcised" had been from old times the bitterest term of reproach. The tense of the verb implies that these men were persistent in their teaching, they kept constantly to this theme."

This difficulty, caused by converts to the faith from the school of the Pharisees, came to a head and was addressed by the Apostles themselves in the first council of the church, held in Jerusalem and presided over by James, the brother of Jesus. So, what was the Jerusalem Council's response?

"Therefore, my judgment is that we should not trouble those of the Gentiles who turn to God, but should write to them to abstain from the things polluted by idols, and from sexual immorality, and from what has been strangled, and from blood. For from the ancient generations Moses has had in every city those who proclaim him, for he is read every Sabbath in the synagogues."- Acts 15:19-21

"For it has seemed good to the Holy Spirit and to us to lay on you no greater burden than these requirements:"

Notice there is no mention of tzitzit, no mention of Old Testament feast days, no mention of tefillin, kosher foods, prayer shawls, or any other of the many requirements of the Law specific to Israel. The Council's letter is definitive: NO GREATER BURDEN THAN THE ONE GIVEN. This declaration alone refutes the claim that this was only a sort of introduction to Torah observance.

You see, many Hebrew Roots heretics will suggest, with the additional statement of verse 21 regarding Moses being read every Sabbath in the synagogues, that the Jerusalem Council was simply stating what the beginners requirements were and that they would learn to follow the rest of the Law in time. That, however, ignores the entirety of the contextual evidences here. Keep in mind that prior to this ruling, the council stated in response to the Judaizers:

"Now, therefore, why are you putting God to the test by placing a yoke on the neck of the disciples that neither our fathers nor we are able to bear?"- Acts 15: 10

This leaves no room for a greater adherence to the Law at a later time, but clearly states that to expect Gentile believers to keep the Law is both "putting God to the test", and "placing a yoke" on their necks that is considered unbearable. There is no contextual evidence for any sort of beginners Law keeping.

Of Acts 15:21 the Expositor's Greek New Testament has the following to say:

"....as the Jewish Christians in their continual association with the synagogue would still hear the law read every Sabbath, there would be no intercourse between them and the Gentile Christians, unless the latter observed the necessary restrictions enjoined by the decree for brotherly intercommunion. There is no occasion to interpret the meaning to be that it is superfluous to write the decree to the Jewish Christians, since they knew its contents already from the law (so St. Chrysostom, and Blass), for a decree for the Jewish Christians is not in question, see Acts 15:23. Others again interpret: there is no fear that the Mosaic law should be neglected or despised.." as it was read in the synagogues to Jews every sabbath.

I think the Pulpit Commentary perhaps explains it best:

"The meaning of this verse seems to be that, in requiring the above compliances, the council was not enjoining anything new or strange, because the Gentiles who attended the synagogues were familiar with these Mosaic doctrines. It has been often stated that these four prohibitions were in substance the same as the so-called seven precepts of Noah, which were binding upon proselytes of the gate. This is, however, scarcely borne out by the facts. The four prohibitions seem to have been a temporary arrangement adapted to the then condition of the Church, with a view to enabling Christian Jews and Gentiles to live in brotherly fellowship. The Jew was not to require more of his Gentile brother: the Gentile was not to concede less to his Jewish brother."

What emerges from the contextual evidence is just that these requirements were a concession to the Judaizers, who appear to be the weaker of the disciples in this situation, and not the heroes the Hebrew Roots heresy would have them be. We must realize that those teaching exactly the opposite of what Sacred Scripture actually says are wolves in sheep's clothing.
Labels: Acts 15 Early Church Gentiles Hebrew Roots Movement paleo-orthodoxy Torah