Consciousness: What Is It? 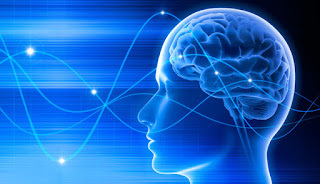 
What is the cause, and what is consciousness? Who is the "I" that is aware? Is this "I" just the effect of matter; complex electrical impulses in the brain? When you experience good food, a beautiful sunset, or pleasant music, is it just the body that is experiencing? Is it just the tongue, the eye and the ear? Is this "I" at all distinct from the body?

Philosophers and religious teachers throughout the ages have grappled with these questions. Neuro-Science has weighed in on the topic in recent years, offering a purely Naturalistic answer to the question of consciousness based on evolutionary presuppositions. Through such respected neuro-scientists as Gerald Edelman and Anotnio Damasio, Physicalism (consciousness is simply complex electrical impulses working in the brain) has gained a wide acceptance. The question arises, if indeed consciousness is just an effect of matter, then why is consciousness not present in the body of the deceased? Under normal circumstances, all the constituent parts of the brain and body are there, so consciousness should be present as well. If one responds by saying the matter must be living, then we have to ask what makes matter living? What animates the material body? This brings us back to the question of consciousness.

Again, if consciousness is just the effect of the material body, why do we not experience ourselves as purely a material being? For example, we instinctively refer to our body and its parts as "my body", "my arms", "my legs", etc. If indeed consciousness were just the product of matter, we should instead refer to these as "I body", "I arms", "I legs". We instinctively understand that the body and its parts are the object of something that transcends matter. Something distinct from the body controls it and experiences life through it.

Another good example of the misguided conclusions of neuro-science is the case studies of Dr. John Lorber, former professor of paediatrics at the University of Sheffield. In 1980, he wrote an article titled Is Your Brain Really Necessary?, which appeared in Science Magazine, a peer reviewed academic journal of the American Association for the Advancement of Science. He found that in cases where the cranial cavity was 95% filled with cerebro-spinal fluid (in other words, only 5% brain matter), half of the subjects demonstrated IQs greater than 100. One university student,  who had barely any discernible brain matter, had a measured IQ of 126 and lived a very normal life with no signs of mental or physical impairment. If indeed consciousness is only a function of the brain, these case study subjects should be severely impaired and not conscious of themselves. And yet this was not the case.

So what is the biblical answer to the Consciousness/Body question?

Genesis 2:7 tells us that God created Man and "breathed into his nostrils the breath of life, and the man became a living soul."

Zechariah 12:1 confirms that God, "formed the spirit of man within him."

Yeshua taught that humans are comprised of two "parts"; the outer (physical), and the inner (the soul).

"And fear not them which kill the body, but are not able to kill the soul: but rather fear him which is able to destroy both soul and body in hell."- Matthew 10:28

Paul also refers to this dualistic nature of human existence.

"...but though our outward man perish, yet the inward man is renewed day by day."- 2 Corinthians 4:16

Biblically speaking, the "I" that experiences material life through the medium of the brain, senses and body is the inner part of Man- the soul.

The reason consciousness does not exist in the body of the deceased is precisely because the living soul is no longer present therein.

Do not allow yourself to be misled by the answers of Scientism, based as it is on Evolutionary presuppositions. Sacred Scripture holds the key to understanding the mysteries of consciousness, which we have just barely scratched the surface of. Consciousness exists as an effect of the soul, which in turn exists as the creation of God.
Labels: Christianity consciousness Mind/Body neuro-science paleo-orthodoxy the soul