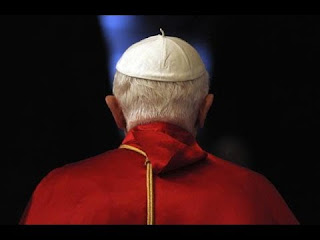 Is there any truth to the claims of Roman Catholicism that papal infallibility and universal jurisdiction are proven from Sacred Scripture and the tradition of the early church? Let's take a look at the claims and the evidence. The entire premise of Roman Catholic claims of Papal universal authority and infallibility is based on the idea that the Apostle Peter held supreme, infallible authority in the early church, which he then passed on to his successor bishops of Rome. The basic argument of Roman apologists is usually one invoking Matthew 16:18, wherein Jesus tells Peter, "And I tell you, you are Peter, and upon this rock I will build my church, and the gates of hell shall not prevail against it." This is the Scriptural basis for the basic claims of the papacy. What is ignored is the context in which these words were spoken. Previous to this statement, in Matthew 16:15-17, Christ asked his apostles,"But who do you say that I am?" Peter responds, "You are the Christ, the Son of the living God." Jesus then explains that this was not revealed to Peter by "flesh and blood", but by God. It is then that Jesus makes the comment regarding the "rock". Roman apologists argue that, since Peter is translated "rock", Jesus is referring to Peter as the Rock upon which He will build His church. If, however, one takes a more scholarly approach to the verses in question, something quite different is revealed.

The Koine Greek word translated "rock", and used of Peter here, is "petros." Petros is literally translated "little stone". However, when Jesus refers to the rock upon which he will build His church, the word changes to "petra"- a feminine gender word which, grammatically and contextually, cannot be used to refer to Peter. The context of these verses reveals that Jesus was speaking not of Peter himself as the rock upon which He would build His church, but upon Peter's testimony of Jesus as the Son of the living God. This is the rock upon which Jesus built His church! This understanding of the verses in question is also borne out by the Church Fathers. For example, Cyril, in his "Fourth Book on the Trinity", writes:

"I know that by Rock you must understand the unshakable faith of the apostles in Christ."

Hilary writes in his "Sixth Book on the Holy Trinity":

"The Rock is the blessed and only Rock of the faith which is confessed by the mouth of Peter: 'Thou art the Christ, the Son of the living God.'"

"It is on this Rock of confession of faith that the church is built."

John Chrysostom writes in his "Homilies":

"The Rock upon which Christ will build His church means the faith of confession."

It is clear, both from the evidence of the Scripture in question, as well as the witness of the Church Fathers, that the Roman claim is fallacious.

But what about Matthew 16:19? Roman Catholic apologists point to this verse as evidence for Peter's primacy and infallibility.

Sure sounds like Peter has universal jurisdiction and infallibility. Or does it? Again, on closer examination we find this is not the case at all. All we have to do to refute this claim is turn to Matthew 18:18, where Jesus is speaking to all of the apostles, and says:

Jesus repeats the "keys" statement, but not just to Peter this time. He clearly grants this authority to all of his apostles, removing any claims of Peter having universal jurisdiction or infallibility.

Origen, in his "Homily on Matthew", writes:

"If we also say, Thou art the Christ, the Son of the living God, then we also become Peter...for whoever assimilates to Christ, becomes the Rock. Does Christ give the keys of the kingdom to Peter alone, whereas other blessed people cannot receive them?"

What Origen is getting at here is, when one confesses Christ, they are a "Rock" as well, and every such "rock" can receive the keys of the kingdom. In other words, this was not an authority granted to Peter alone, giving him universal jurisdiction and infallibility. And, interestingly enough, one finds no hint whatsoever of Peter claiming such authority. In fact, in the account of the Jerusalem Council in Acts 15:1-21, we find, not Peter, but James, the brother of Jesus, making the final determination in the matter of the Gentiles and observance of the Law.

"Peter played a significant role in the primitive church...however, as soon as a foundation of leadership is laid, Peter gives up this role. Another, James, will take over leadership in Jerusalem while Peter will concentrate entirely on his missionary work and will do so, indeed, in a subordinate role under James."

"The brother of the Lord, James, took over leadership of the church with the apostles when control passed to them." (Ecclesiastical History, II, 23, 4)

Indeed, it seems from the biblical evidence that, rather than holding universal jurisdiction and infallibility, Peter was actually the "coryphaeus" (Gk.-"spokesman"), for the apostles, as in Mark 16:7. There is no hint of universal authority or infallibility in the Greek of this verse in Mark.

Hans von Camphausen, one of the most important ecclesiastical historians of the 20th century, writes in "Tradition and Life in the Church":

"Throughout the early period of the church there was only one authority which- beginning in the third century- raised the unheard of claim, on the basis of a supposed scriptural and irrefutable right, to be able to ascertain the truth with certainty, to expound and establish it, over and above anyone else. This was the Roman pontiff..."

Indeed, it was during the pontificates of Callistus (217-222), and Stephanus (254-257), that the bishops of Rome began making such absurd claims. Interestingly, the bishops who made such claims were clearly not free from theological error or false worship.
In the next installment we will look at the heresies of modern popes as well.

As we can see from this brief examination of the relevant Scriptures, as well as early church tradition, no Roman Catholic apologist can honestly claim that either lend any support to the claims of the papacy.
Labels: Church Fathers Church History church leadership Early Christianity Early Church paleo-orthodoxy papacy papal infallibility universal jurisdiction