The Supernatural: A Brief Theological Examination 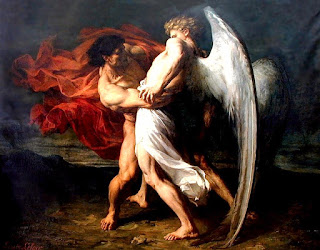 I have noticed a very common misunderstanding regarding the supernatural. Quite often, anything at all outside the normal course of events is labeled supernatural- even by Christians- when it  is not the case. We need to be very precise in our understanding of these topics, as they impact our understanding of God, the natural and spiritual orders, and the angelic realm. A nominal definition of "supernatural" would be, "that which is above nature." The word "nature" in this connection means "the complexity of all things in the universe interdependent according to fixed laws". Hence the supernatural is above the laws of nature. A supernatural effect cannot be produced by a natural cause; a supernatural truth cannot be deduced by the natural power of the intellect.

Pantheists who maintain that the nature of God and the nature of the universe are the same must and do deny the existence of the supernatural. God is the immanent principle in nature (and evolution) for them, and so there is no supernatural.

Deists admit an essential distinction between God and the universe, but deny the action of God in human affairs, and so deny the supernatural.

1. Supernatural miracles which exceed the power and exigency of created nature, but do not exceed the comprehension of the intellect.

2. Supernatural mysteries in the strict sense, and supernatural grace and glory. These exceed not only the power and exigency, but even the comprehension of any created intellectual nature.

That which is modally supernatural is some natural fact or quality produced or arranged in a supernatural way. The resurrection of Lazarus, for example, was natural in itself as nature gives life, but supernatural in the manner of its accomplishment.

There is nothing in the theological definition of supernatural that leaves room for so-called "paranormal" activity, as these belong to a different class of spiritual phenomena. The supernatural is entirely the effect of God directly intervening in human affairs, while angelic (including demonic) intervention/interference is more properly known as "preternatural."
Labels: Christian theology demonic possession ghosts hauntings paleo-orthodoxy preternatural the supernatural