Revelation: What Is It? 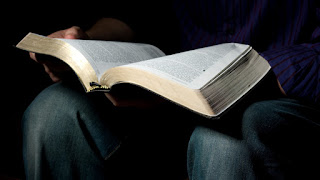 "Men of God sustained in them a Holy Spirit, and they became prophets. They were inspired and made wise by God, and so they became divinely instructed, holy, and righteous. Moreover, they were also deemed worthy of receiving this reward, so that they could become instruments of God...And they have all spoken things consistent and harmonious with each other."- Theophilus

"Among the Hebrews, the prophets were moved by the power and inspiration of God."- Clement of Alexandria

The word "revelation" suggests to us the removal of a veil to reveal something that has been hidden. In the sense of Christian theology it refers to a hidden truth that has been revealed by God, which marks it as special revelation, as opposed to natural revelation. In this sense, revelation is the manifestation of truth by divine intervention, outside the order of nature. (1 Corinthians 2:10).

Revelation can be understood as modal and substantial.

Revelation is substantially supernatural if the truth revealed exceeds the power of created intelligence to understand. For example, the doctrine of the Trinity.

Revelation is modally supernatural if the manner in which the truth is revealed is indeed supernatural, though the truth will not exceed the ability of the human intellect to comprehend it. For example, the goodness of God, or the sacrificial death of Christ.

We have to be very careful that we do not confuse Divine Revelation for Divine Inspiration. The two are quite distinct. Inspiration carries no implication of a new truth. It simply indicates the divine impulse to write infallibly about truths naturally known, as in the Gospels, for example. The authors were writing things naturally known of the life and teachings of Christ, and by Divine Inspiration did so infallibly. Both are essentially supernatural, but carry distinctly different outcomes. To secure the integrity of Revelation, the infallibility of Sacred Scripture is needed. This should be understood as a condition, not a cause, of Revelation. Thus Inspiration of Sacred Scripture safeguards Revelation.

Divine Revelation is best defined as: A free, divine and essentially supernatural act, whereby God, in order to guide humanity to its true end, which consists in eternal life in the presence of God in the future kingdom, speaks to humanity through the prophets, and more fully through Christ, manifesting supernatural mysteries and truths for the guidance of humanity to that ultimate end.

This simply definition is based on the causes of Revelation (the power of God in revealing) itself.

Efficient Cause-The principle efficient cause is God revealing truth. He does so through instrumental causes. i.e. the prophets and Christ Himself.

Formal Cause- This is the action of God, free and supernatural, whereby His truths are revealed. The action of God is free because Revelation is not deserved nor due to humanity in the state of Inherited Depravity, but freely given. It is, then, an act of grace. It is also supernatural, not just in the manner of its bestowal, but in its content. It reveals the heart and mind of God.

Material Cause- Humanity. As God has a plan for humanity, we are the material cause of Revelation. Thus, no Revelation of God's truth is a private one.
Labels: causes of revelation Church Fathers divine inspiration Early Christianity Early Church paleo-orthodoxy prophecy revelation Sacred Scripture