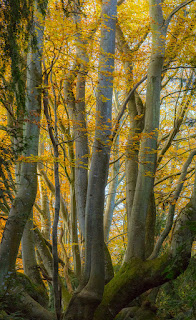 We often think of a living faith as one that is active (which is true), and a dead faith as one that is inert (also true). The necessity for a living faith, as opposed to a dry, dead faith (a mere intellectual assent), should be obvious to all believers today. What is perhaps less recognized is the type of dead faith that seeks to add something to God's plan of salvation. Unfortunately, this obvious pitfall often goes unrecognized. Thus it is that, in examining Paul's epistle to the Hebrews, I will attempt to establish that a living, consistent faith is necessary, and that a correct understanding of faith is crucial to that living faith.

Believers or Not?
Who is the intended audience of the epistle to the Hebrews? This is answered in Hebrews 3:12-14. In 3:12, Paul refers to “brothers”. One could attempt to make the argument that he was referring to his fellow Jews (yes, this is partly true), and not fellow believers in Jesus the Messiah, but this would mean ignoring completely verse 14, wherein he refers to his audience as those who “have come to share in Christ.” This could hardly refer to anyone other than disciples of Jesus. So the words of this epistle are indeed directed at those who have come to faith in Christ.

Apostasy and Heresy
Paul dedicates significant effort to exploring the issue of apostasy as a means to explain how and why faith can become dead. The word apostasy comes from the Greek ἀποστασία, (apostasia), meaning “a defection or revolt”. He begins this discussion by recalling the Exodus generation and their defections from God's plan. In Hebrews 3:8-19, he recounts the historical fact of the rebellious behavior of the Exodus generation, which caused them to wander in the wilderness (v.17), which in turn meant that they could not enter the Promised land (vs. 18,19). Paul's use of Psalm 95 underscores the rebellion of that generation, as well as the results of such apostasy.

The psalmist here is not writing his own thoughts on the apostasy of the Exodus generation, but under the inspiration of God, is writing God's opinion of apostasy. Paul is, quite simply, invoking God's divinely revealed statement on the issue, and not inventing anything new or novel. This adds the force of both history and divine revelation to Paul's teaching on the issue. Thus it is that Paul calls on believers to avoid being like that generation and to, instead, demonstrate a living faith. Why? Quite simply, a dead faith- a mental assent alone, or works based salvation theory- is quite useless. It is possessing knowledge, but doing nothing with it, or adding to it one's own plan of salvation.

“We call those heretics empty, for they are destitute of the counsels of God and of the traditions of Christ. Their dogmas originate with themselves...”- Clement of Alexandria

In Hebrews 6:1-2, Paul condemns the idea of adding our own works to God's plan. One might possess a semblance of fidelity to Christ, but by adding just a little something here or there, you have apostatized.

“Therefore let us leave the elementary doctrine of Christ and go on to maturity, not laying again a foundation of repentance from dead works and of faith toward God, and of instruction about washings, the laying on of hands, the resurrection of the dead, and eternal judgment.”

These Jewish believers in Messiah were slipping into apostasy, adding the works of the Law to the plan of salvation of Almighty God. This is exactly the sin of the modern Hebrew Roots Movement. This is a dead faith.

Paul, in describing this dead faith, likens it to a bad crop. He writes:

“But if it bears thorns and thistles, it is worthless and near to being cursed, and its end is to be burned.”- Hebrews 6:8

What lays beneath such apostasy is not faith (though the Hebrew Roots adherent might show all the visible signs of faith), but a lack thereof. If it were a living faith, it would trust God, trust His plan of salvation, and not need to add visible works or miracles, etc. to support it. Behind every act of apostasy is disbelief in God's revealed will.

“Heresies derive what strength they have from the infirmities of individuals. For heresies have no strength whenever they encounter a truly powerful faith.”- Tertullian

Living Faith
Paul explains what living faith looks like by using the examples of Abel, Enoch, Noah, Abraham, and Sarah. Each of these, Paul explains:

“These all died in faith, not having received the things promised..”- Hebrews 12:13

He defines faith as, “the assurance of things hoped for, the conviction of things not seen.” (Hebrews 11:1)

These great men and women were not saved by mere intellectual assent, nor by adding their works to God's plan, but simply by faith.

“For by it the people of old received their commendation.”- Hebrews 11:2

“Faith is power for salvation and strength to eternal life.”- Clement of Alexandria

A living faith simply trusts God, trusts His plan, and does not waver from it, nor add to or take anything away from it.

“Faith is something superior to knowledge and is its criterion. Conjecture, which is only a feeble supposition, is a counterfeit faith.”- Clement of Alexandria
Labels: Apostle Paul Clement of Alexandria dead faith Epistle to the Hebrews Hebrew Roots Movement J. Davila-Ashcraft living faith paleo-orthodoxy Tertullian