The Superiority of Christ and the New Covenant 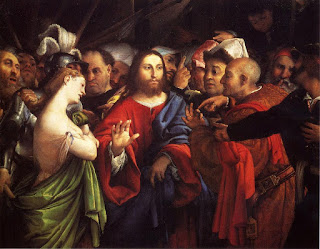 “In his life Christ is an example showing us how to live. In his death, He is a sacrifice satisfying our sins; in His resurrection, a conqueror; in his ascension a king; in his intercession a high priest.”- Martin Luther

The church has fought what came to be known as “Judaizing” throughout its history. In simple terms Judaizing is the teaching that one must keep the entirety of Old Testament Laws in order to be a good disciple of Jesus and inherit heavenly glory. The most current manifestation of this old heresy is that of the Hebrew Roots movement. This movement has misled many former Christians into a spiritual life of bondage, all under the guise of being superior or more mature disciples than Christians who do not keep the minutia of Old Covenant Law. This paper will attempt to address the basics of why the Old Covenant is inferior to the New Covenant, and provide solid Scriptural evidences for this position.

I. The Old Covenant Was An Imperfect Foreshadowing (Hebrews 8:5-7)

A. The Old Covenant acted more on the level of civil law, proscribing certain behaviors and prohibiting others. And like most civil law it was a written law to which on could refer. It had no living expression as such, but was (at least originally) nothing more than a cold code of conduct. In fact, Paul is clear that it was written on cold, lifeless “stones”. (2 Corinthians 3:3) This reference of Paul gives us a glimpse into the imperfection of the Old Covenant which, unlike the New Covenant, was not written on “tablets of human hearts”. The Old Covenant was inferior as it could not enter into a man's heart and transform Him, but only served to reveal his sin to him, and convict him of his need for a savior. The author of Hebrews tells us the Old Covenant was simply a foreshadowing of the perfect New Covenant to come.

B. We must add to this imperfection the fact that no one could be saved through the Old Covenant. (Galatians 2:16) The function of the Old Covenant was not to save or justify man, nor could it.

C. The Old Covenant also indebted man to God due to the sins the Law revealed. This is why we find in Scripture that the Old Covenant was nailed to the cross. It was a canceling of that debt before God at the crucifixion of Christ, who fulfilled all the requirements of the Old Covenant. (Colossians 2:14)
II. The Perfection of the New Covenant (Hebrews 8:6; 8:13)
The New Covenant suffers none of these defects. It is not simply a code of conduct (though conduct is changed in it), nor is it useless to enter into a man and transform him. The New Covenant is a transformational relationship directly to and with God in the person of Jesus Christ, the Son of God and Second Person of the Holy Trinity. The Old Covenant did not afford Man any such relationship. God always remained distant.

A. The New Covenant is written on “tablets of human hearts”. That is, it is a covenant that reaches far deeper than the behavioral rules of the Old Covenant, and makes a person desire change in his/her life with passion. This also implies that the New Covenant is a living, vibrant force rather than a cold, lifeless set of rules.

B. Through the New Covenant all can be saved. (Romans 10:4). The New Covenant, unlike the Old, offers salvation; and not just for the Jew, but for the Gentile-the nations. This means anyone who approaches Jesus Christ and sincerely desires to be His disciple is welcome without regard to his race or ethnicity.

C. That the New Covenant is superior to the Old is also evidenced in the fact that the Old was indeed replaced at the crucifixion. (Ephesians 2:14–17) If the Old Covenant were superior, it could never have been replaced and it would have offered Man salvation.

III. The New Covenant Sanctuary is Superior (Hebrews 8:1–2)
A. Jesus foretold of the destruction of the Jerusalem Temple, which happened in 70 A.D. Once the temple was destroyed Judaism faced an existential crisis: how to continue their faith without access to the central act of worship for Jews. Paul informs us in these verses that Christ is in a “tent” that “the Lord set up”. This place of worship is far superior to the one that was temporal and quite easily destroyed, as it is eternal and can never perish.

B. The New Covenant High Priest has made it possible for us to draw near to the very throne of grace with confidence; something the Old Covenant could never have done as the focus was on recognition of sin and rules of conduct. In fact, the only people spoken of as approaching the throne in Judaism are the prophets, and even then not with the confidence Paul mentions.

V. It’s Sacrifice is Superior (Hebrews 8:3–4; Heb. 9:11–14)
A. The Levitical priests offered up animals in the earthly sanctuary. (Leviticus 4:20) None of these sacrifices removed sin. The Hebrew word used in this passage from Leviticus, often translated as “forgiven: is actually “kaphar”, which does not at all imply removal, but “cover”.1 The best they could do was “cover” sins temporarily. Paul also tells us that the blood of sacrifices does not and cannot remove sin. (Hebrews 10:4) They merely foreshadowed the only sacrifice that could do so; that of Jesus Christ on the cross, which the author of Hebrews informs us is superior. (Hebrews 9:23)

B. The Lamb of God offers up Himself in the heavenly sanctuary. As noted, no animal sacrifice could remove sin. The once and eternal sacrifice of Christ removes sin and allows Man to once again commune with God in a personal relationship. In the superior sanctuary, referred to in Hebrews 9:11-12 as the “greater and more perfect tent”, entered “once for all into the holy places”, and rather than offering up the blood of animals offers up Himself. And unlike the Jerusalem Temple, which was a mere foreshadowing, the sanctuary Christ enters is “heaven itself” (Hebrews 9:24).

VI. Closing
As John MacArthur writes,“The old covenant was glorious, but it was “fading away,” replaced by a covenant much more glorious. Paul was already administering the new covenant. The old was obsolete, and was fading away. Although sacrifices continued to be administered in Jerusalem, they would cease soon after Paul wrote. The old covenant has ended, and we should live by the terms of the new covenant.” 2

John MacArthur again writes, “Paul says that we have died to the law — even the Jews have died to the law through identification with Jesus Christ. Therefore, the law no longer has authority over us, since we belong to Christ, not to the law. Christ is the one we obey, so that we can bear spiritual fruit. The law is contrasted with Christ, and it is the old covenant law that Paul is talking about — the Torah, the Law portion of the Scriptures. We can be under the law, or under Christ. Being under both is not an option.”3

It is abundantly clear from the Scriptural evidences that the New Covenant is superior to the Old. It is superior in its transformational power, its ability to offer salvation to anyone, its promises, its sanctuary, its high priest, and its sacrifice.