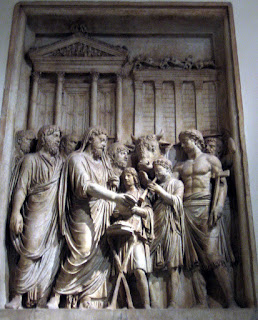 “An irreligious society cannot endure the truth of the human condition. It prefers a lie, no matter how idiotic it may be.”
― Nicolás Gómez Dávila

Most Atheistic Naturalists offer as scientific fact the idea that the universe emerged from “nothingness”. In this worldview, energy-without any origin- erupted or exploded, causing a “big bang” (according to one theory), which then allowed this same residual energy to come into contact with the resultant organic matter of the prebiotic earth, resulting in the proverbial “primordial soup” from which life emerged. Under this hypothesis, that energy catalyzed chemical reactions that, in the span of hundreds of millions of years, produced self replicating molecules. But does this scientific theory presented as fact meet the criteria of the Scientific Method?

Nothing New
The materialistic theory of the origin of the universe and of life is nothing new.

“Ancient Greek philosophers were perhaps the first to clearly formulate a materialistic evolutionary concept of origins. It must be emphasized that these Greek philosophers were neither scientists nor experimentalists; rather they speculated on the origin of the universe in a way consistent with their religious and philosophical beliefs. Although many of the earliest Greek philosophers considered their gods to be creators, this began to change with the influence of Thales of Miletus. Thales (who lived at the time of Nebuchadnezzar’s destruction of Jerusalem in 586 BC) founded the Milesian school of natural philosophy. One of the primary assumptions of this school of thought was that the origin of everything in nature could be explained in terms of its own material composition. Thus, they sought to explain the origin of everything by a process of self-assembly from some underlying material element. Thales believed that water was that basic element from which all things evolved.”1

In fact, the Church Fathers encountered this very same ideology as it developed in the paganism of the ancient Roman and Greek influenced cultures they lived in.

For example, we find the following in their writings.

“I cannot understand how so many distinguished men have been of the opinion that matter...was uncreated. That is, it was not formed by God Himself, who is the Creator of all things. Rather, they say its nature and power were the result of chance...thinking that so great a work as the universe could exist without an architect or overseer.” - Origen

“Who can bear it to be said that this mighty habitation, which is composed of heaven and earth and is called the cosmos, was established in all its order and beauty by those atoms that hold their course-devoid of order and beauty? Or that this same state of disorder has grown into this true cosmos of order?" - Dionysius of Alexandria

“I cannot omit here that some erring philosophers say that men and other animals arose from the earth without any Maker.”- Lactantius

“Still others (philosophers) would construct the entire fabric of the universe by chance accidents and by random collision of atoms.”- Arnobius

There are many more quotes of this nature which tell us that, not only is Atheistic Naturalism not new, but that its roots are founded in pagan philosophy, not science.

Defining the Argument
It is essential that we define our argument as believers in a created universe as opposed to Atheistic Naturalism. We are not in any sense denying the reality of micro-evolution. We freely admit to the fact of micro-evolution in the universe. Science can and has demonstrated it as a fact. What we are, however, refuting is the fallacious notion that macro-evolution meets the criteria of the Scientific Method. That is, macro-evolution is neither observable nor repeatable. It must be taken as a matter of faith, as there is no scientific evidence for the notion whatsoever.

“...macroevolution is not observable, repeatable, or refutable and thus does not qualify as either a scientific fact or theory. Evolution must be accepted with faith by its believers, many of whom deny the existence, or at least the power, of the Creator. Similarly, the Biblical account of creation is not observable, repeatable or refutable by man. Special creation is accepted with faith by those who believe that the Bible is the revelation of an omnipotent and omniscient Creator whose Word is more reliable than the speculations of men."2

“There is, in fact, no known relationship between so-called microevolution and macroevolution. Most evolutionists are quite aware of this (although you would never guess it from the explanations of evolution in the media, textbooks, and in the classroom).”3

Even dating methods used by Atheistic Naturalists are based on presuppositions or assumptions taken from this very same pagan faith.

“Scientists use observational science to measure the amount of a daughter element within a rock sample and to determine the present observable decay rate of the parent element. Dating methods must also rely on another kind of science called historical science. Historical science cannot be observed. Determining the conditions present when a rock first formed can only be studied through historical science. Determining how the environment might have affected a rock also falls under historical science. Neither condition is directly observable. Since radioisotope dating uses both types of science, we can’t directly measure the age of something. We can use scientific techniques in the present, combined with assumptions about historical events, to estimate the age. Therefore, there are several assumptions that must be made in radioisotope dating. Three critical assumptions can affect the results during radioisotope dating:
Thus, if one starts out with an assumption regarding these things, the resultant data will be skewed toward that assumption.

Being from Non-Being?
The fact of the matter is, science has no evidence for being arising from non-being. The truth is, all evidence points to the contrary, even down to the origin of the universe. The Kalam Cosmological Argument assists us in establishing this very logical and scientific fact.

Taken on its own this may not solidly establish that the cause is God, but it does establish that something cannot come from nothing, which itself is a refutation of the Atheistic Naturalist pagan philosophy. We must, however, proceed from there to another argument; the teleological. This argument basically states that the conditions for life are so precise, and need be so accurate, the fact that conditions on earth meet such precise criteria argues for a purposeful cause. Of course, there can be no purposeful cause, nor precision design, without a Person behind it.

“If nothing can be done or produced without design, it is plain that there is divine providence, to which that which is called “design” peculiarly belongs.”- Lactantius

“It is more believable that matter was made by God (because He is All-Powerful) than to believe that the world was not made by God. For nothing can be made without mind, intelligence, and design.”-Lactantius

Paganism versus God
What we are really witnessing in the debate between Atheistic Naturalism and Christianity is not truly one of science. Science is wholly on the side of the Christian worldview. The debate is essentially a religious one; an ongoing debate between ancient paganism in new dress, and the revelation of the one God of Creation. In writing of Jerry Coyne, a well known Atheistic Naturalist, a USA Today article states:

“For atheist Coyne, things are looking good. “Science nibbles [away] at religion” while “America’s fastest-growing brand of belief is non-belief,”5

The irony is that Coyne's “non-belief” turns out to be a pagan belief system, however much he would wish to deny it. He and his fellow atheists have simply found a dogma they prefer to supernatural revelation- the dogma of self.