Should Christians Respect All Beliefs? 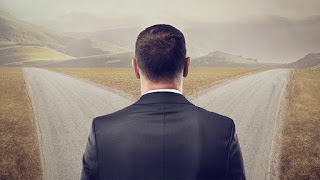 Imagine you are observing a conversation between a fellow Christian and someone advocating for evolutionary theory, gay marriage, and abortion- just as an example. The advocate for these things uses all the standard arguments.

“It is my body, keep the government out of my womb.”

“It is just tissue. It isn't a baby until it can breath on its own.”

“How can you be so stupid? Science has proven evolution!”

There are two roads you can take here.

The informed Christian can respond to each of these with facts that refute every presupposition. This often leads to the advocate of such errors saying something like, "Well no matter what you think, that's what I believe."

Now, imagine instead that our Christian friend responds with, "I respect your beliefs, even if I disagree with them."

Do you see the erroneous thinking in that statement? Look carefully. I understand that because our culture is so filled with politically correct speech and thinking that it might not hit you at first, so take a moment and repeat the response if you need to.

"I respect your beliefs, even if I disagree with them."

In today's society such statements roll off the tongue almost without thought. Relativism- the idea that all opinions are equally valid and true and worthy of respect- has so permeated society that it has found its way into the church. For many it is the central focus of their epistemology. This sort of watered down Christianity cripples meaningful apologetics and evangelism. After all, if you respect error, then error must be as valid as truth. Some Christians, wanting desperately to be seen as "different" from “those other” Christians (You know, the Christians the Leftists dislike because they defend their faith and defend healthy Christian cultural ideology), will almost crawl on their knees to appease the Leftist, thinking this is somehow "loving them into the kingdom". They make room for “diversity” on issues that Sacred Scripture is rock solid clear on, as if diversity were somehow a hermeneutical approach, or a virtue that supersedes the demand for orthodoxy and orthopraxy.

Don't get me wrong. Love is an essential part of evangelism. I get that. However, the milktoast, groveling Christian act is not love, it is self flagellation and groveling before the world, albeit on an intellectual level. We are to speak the Truth in love, not seek to be politically correct and in some strange, distorted view of sanctification think that makes us more godly.

I have looked hard. Really, I have.

I have looked hard for that scripture verse that says I have to respect error, false teachings and lies. Maybe it is a defect in my study skills, but I just can't find it. In fact, I find quite the opposite.

Now where I come from respecting error and outright falsehoods is having fellowship with an unfruitful work of darkness. Respecting error does nothing to lead someone out of that error, but rather reinforces the idea that error is on the same platform as Truth.

Sorry, I don't buy that.

And exposing something deemed to be error? Well that's just plain offensive to some.

"But you don't want to offend someone, do you?"

True, I don't want to intentionally offend someone, but let me ask you this; can one expose error without the potential-just the potential- of offending someone who believes in that error? Should I then not expose error and falsehood since someone might be offended? And if they are indeed offended, does that make me rude, mean or un-Christlike? Where do we get the idea that we will never be offensive?

I am not suggesting we start calling people names. None of us is God (and Jesus certainly is), and so we don't know a person's heart and innermost thoughts. However, this does demonstrate that Jesus could be offensive, and so will any Christian combating error. Even more so when you're able to label the specific errors and demonstrate how far from Truth they really are.

We are commanded to proclaim the Truth, in season and out of season; when it is received, and when it is not. (2 Timothy 4:2) This in no way means we have a license to be crude or deliberately rude. Clearly we don't. (Ephesians 4:15) What this does mean is that the Gospel offends. It offends the abortionist, the Leftist, the homosexual, the Atheistic Naturalist- in short, it offends the sinner. It offends because error cannot abide the light of Truth, and Truth has no respect for error.

Likewise, to say"I respect your beliefs" is itself an error. As Paul writes to Timothy:

"But shun the profane and idle babblings, for they will increase more ungodliness. And their message will spread like cancer."- 2 Timothy 2:14-17

Can you get any more profane than affronts to God's Truth? The very fact that one would respect opinions founded in falsehoods leads to that very falsehood spreading like cancer.

Again, to say you respect error is to give error a dignity it does not possess and does not deserve. It is placing error on the same level as Truth, even if only in the mind of the one in error. So, while I care about the individual, while I contend with them seeking their highest good (Christ), I don't respect their false beliefs, nor will I pretend to. What about you? What road will you take?
Labels: ecumenism false teaching paleo-orthodoxy Relativism