Teleology and the Refutation of Organized Naturalism 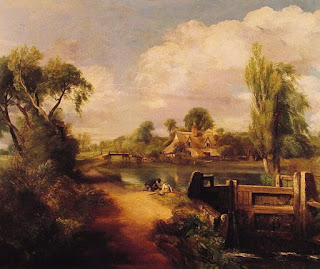 Before we get into the details of our topic it is prudent to define some terms. First, what is meant by Organized Naturalism? On a basic level this refers to the Atheistic Naturalist worldview arising from a rejection of the existence of God and the promotion of the theory and philosophy of Evolution. It also includes all those forces, whether in the sciences, arts, politics, or philosophy, that work against the gospel in their respective spheres of influence, and reject the possibility of the elevation of our nature to the supernatural life and order, or more radically still, in the destruction of the influence of the church socially and politically.

Next, what is teleology? Teleology is an approach to the natural world that recognizes the evidence for design and purpose, and thus is a valid argument for the existence of God. This is one of the philosophical foundations of the Philosophia Christi, since it helps lay the foundation for other philosophical arguments on behalf of divine life and order in the cosmos, such as the Cosmological, the Ontological, the Moral, etc. These arguments (and others) are in the metaphysical, logical, empirical, and subjective categories of argumentation.

Before we examine the claims of Organized Naturalism we have to make a distinction between the two different types of evolution.
It is important to distinguish between the two, since many uninformed would-be defenders of the faith argue against microevolution, which is an established scientific fact. When I refer to evolution in this article it will always be in reference to macroevolution.

Teleological Argument
The Teleological Argument is one line of scientific reasoning that points to the existence of God as evidenced in the intricate precision of living organism and signs of purposeful design. That is, things such as the precise position of the earth in relation to the sun and moon, the complicated functions of the human body, etc. all point to a purposeful design, and therefore, a designer. Well known atheistic philosopher (I refer to him as a philosopher since his arguments are just that, and not scientific.), Richard Dawkins, in his book The Blind Watchmaker, recognizes the reasonable conclusion that design indicates a designer. He writes that, “Biology is the study of complicated things that give the appearance of having been designed for a purpose.” Dawkins goes on to say, however, that the conclusion that there is a designer (God) is not a necessary conclusion since nature can produce the same effects. His conclusion is informed more by his faith in “Scientism” (a religious faith in science) than it is any substantive evidence. The fact of the matter is, the more we learn about our universe and living organisms the more substance we find for the Teleological Argument. So much so that physicist Paul Davies of Arizona State University and Director of BEYOND: Center for Fundamental Concepts in Science, states in his book Superforce:

“Every advance in fundamental physics seems to reveal yet another facet of order.”

The late Robert Jastrow, an astronomer and planetary physicist with NASA, wrote in his article A Scientist Caught Between Two faiths”, that:

“The Anthropic Principle is the most interesting development next to the proof of the creation, and it is even more interesting because it seems to say that science itself has proven, as a hard fact, that the universe was made, was designed, for man to live in. It is a very theistic result.”

What the Atheistic Naturalist must face is that the very concept of irreducible complexity refutes a molecules to man scenario. Such features as bacterial flagellum and chemical pathways that are absolutely essential for the existence of living organisms cannot be reduced to simpler parts and still perform their functions. Thus the theory of evolution is eliminated since there would be no possibility of these features arising through a gradual evolutionary process.

Things like deoxyribonucleic acid (DNA) support the Teleological Argument by demonstrating the inability of an evolutionary process to explain critical aspects of life. As physical chemist Dr. Charles Thaxton put it in his unpublished paper In Pursuit of Intelligent Causes:

“Is there any basis in experience for an intelligent cause for the origin of life? Yes! It is the analogy between the base sequences in DNA...There is structural identity between the DNA code and a written language.”

Why do we not hear of this evidence and the opinions of scientists who embrace a Teleological view of the universe? It is precisely because academia has long since been infiltrated by Cultural Marxists, who have bred entire generations of non-thinking scientists in their own image and likeness. If a scientist who recognizes the evidence for purposeful design in the universe dares to speak out, he is shunned academically, and faces the loss of his career. God is heresy to the forces of Organized Naturalism.