Millennials and the Church 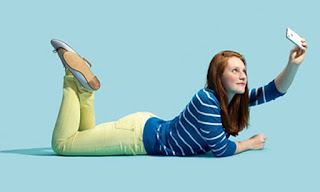 A recent article by Sam Eaton, a Christian writer and founder of Recklessly Alive, a mental health and suicide prevention ministry caught my eye this weekend. The article notes that 59% of Millennials have dropped out of church, and goes on to explain why that is and what the church should do about it. Not surprisingly, the remedy is essentially that the church needs to change its entire reason for existence to conform to the Social Justice agenda the Millennials have adopted from the current climate of Cultural Marxism. Eaton provides a list of 12 grievances and suggestions on how the church can address each one. I will examine only the first four, since these, I believe, are at the very core of the issue.

1. Nobody's Listening to Us- Eaton states that Millennials value "voice and receptivity" above all. He complains that when a church moves ahead without asking Millennials what they think, then Millennials get the message that the church doesn't care what they think. He suggests as one solution that churches hire a young adults pastor, a suggestion I can agree with. He goes on to suggest putting Millennials in positions of leadership. He writes, "Invite Millennials to serve on leadership teams or advisory boards where they can make a difference." What Eaton fails to grasp is the church was not organized by Christ as a democracy, nor has it historically sought the opinion of the youth on matters better addressed by those with many years experience walking with God and living the faith consistently. This is both the biblical and early church model. For example:

"And when they had appointed elders for them in every church, with prayer and fasting they committed them to the Lord in whom they believed."- Acts 14:23

"For this reason I left you in Crete, that you should set in order the things that are lacking, and appoint elders in every city as I commanded you."- Titus 1:5

"The tried men of our elders preside over us, obtaining that honor not by purchase, but by established character."- Tertullian

"To the elders of the whole church of God, who have become gray with wisdom."- Origen

This word translated elder comes from the Greek presbuteros, meaning "older" and "aged". It was not used as a title granted anyone who serves in the church, but only to older men with significant experience in Christian life who could serve as examples to the younger members. It is a role specific to spiritual maturity. Eaton, like many other Millennials, seemingly wants the church to violate both the scriptural and historical model simply to give Millennials "voice and receptivity" without actually meeting the biblical standard to earn it. This suggestion really reflects more the image of the Millennial as a spoiled brat who thinks he or she deserves recognition simply because they want it than it does the biblical model of eldership, which is earned over time.

2.  We're Sick of Hearing About Values and Mission Statements- Eaton states, "If you have to explain your mission and values to the church, it's overly religious and much too complicated." While there is indeed a simplicity to the Gospel it isn't as simple as Eaton would like to have it. Churches need to focus and re-focus from time to time in order to properly meet the mandate of its founding, which is to "feed my sheep" (John 21:17) and "equip the saints" (Ephesians 4:12-16). Furthermore, Eaton and the Millennials he speaks for would likely have abandoned the early church as well, which was very much concerned with theological precision. So much so that it held councils which issued creedal statements designed to focus the church on the correct understanding of scripture, and in turn, how that understanding can assist the individual Christian in conveying the Gospel accurately. A lack of concern for details, which is really what Eaton is advocating here, will render any ministry slipshod and ineffectual. It is also worth noting that elsewhere Eaton recommends the very thing he seemingly rejects here in next suggesting the development of programs specific to the social agenda of Millennials. As for the use of the term "overly religious", I'll address the attitude behind this term as we progress in this examination.

3. Helping the Poor Isn't a Priority- I agree with Eaton that a good portion of those who comprise the church are indeed self-centered. I disagree, however, that the answer to this is in changing the role of the church from feeding the sheep and equipping the saints, to that of yet another Social Justice organization. I believe that Eaton's take on this is radically influenced by Cultural Marxism, the working worldview of the Millennial generation. He suggests the church stop creating Bible studies and instead set up service projects in local communities. Yet again Eaton needs to be reminded that the church was not established as a Social Justice Warrior brigade, nor as some sort of relief movement. Undoubtedly many Millennials who want the church to "help the poor" would have cheered Judas and the others on as they complained of the woman pouring very expensive perfumed oil on Jesus' feet. (Mark 14) Should Christians be about helping the poor and the sick? Absolutely. Should we transform the church into yet another mere humanitarian club? Absolutely not! The church is intended to teach the Word of God, which in turn provides more "Light" to the individual disciple, who, if they aren't given to laziness, whining, and the "do-it-for-me-so-I-can-feel-better-about-myself" attitude of the Millennial generation, now possesses the proper  motivation and tools to actually go out and do the things Eaton and other Millennials simply point at and use as excuses for their own failure to live the Gospel in action. Let the individual mature Christian make helping the poor their personal ministry priority. The church trains, YOU go do.

4. We're Tired of You Blaming the Culture- Here Eaton offers us a solution, writing "Explicitly teach us how our lives should differ from the culture." Excellent point! There is, however, one little problem. First, you can't teach how to live differently if you don't examine the culture and where it is in error. Second, it has been my experience and that of many others that, when Millennials are confronted with the attitudes, actions and behaviors that constitute living differently from the culture, they don't like what they see. This is precisely because they want to cling to the world's culture, or at least the parts of it they like, and in effect live with one foot in the church and the other in the world. Modes of dress, hairstyles, musical preferences, television, etc. are all a part of culture, and in most cases they are areas in which Millennials are acutely at odds with living differently from the culture. For example, were the church to teach them to dress modestly, avoid excessive makeup, tell women not to wear jeans, but instead wear skirts or dresses to below the knees, to embrace traditional gender roles, or not to listen to certain forms of music, many Millennials snap back with Eaton's telling phrase "overly religious".

Eaton's article comes off as a whining rant designed to point the finger at the church and say "It's your fault I can't do anything!", rather than taking responsibility to engage a living discipleship and do the things God has revealed to the Millennial to do.

All in all I think Eaton's article, while certainly well intentioned, revealed more about the laziness and self centeredness of the Millennial than it did any defect in the church.

Or maybe I'm just an elder who is too "overly religious" to appreciate such keen insight. Somehow I don't think so, though.
Labels: Christianity Cultural Marxism culture J. Davila-Ashcraft Millennials Millennials and the church paleo-orthodoxy Sam Eaton Social Justice warriors