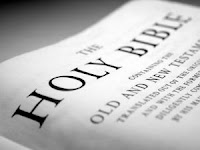 This article will attempt to address the question of how the doctrine of inerrancy impacts other issues of importance and why it must be a Wesleyan position. Before we begin it is perhaps best that we first define the doctrine itself. The Chicago Statement on Biblical Inerrancy, produced in 1978 by a panel of 300 noted evangelical scholars, defines it as follows:

1. God, who is Himself Truth and speaks truth only, has inspired Holy Scripture in order thereby to reveal Himself to lost mankind through Jesus Christ as Creator and Lord, Redeemer and Judge. Holy Scripture is God’s witness to Himself.

3. The Holy Spirit, Scripture’s divine Author, both authenticates it to us by His inward witness and opens our minds to understand its meaning.

4. Being wholly and verbally God-given, Scripture is without error or fault in all its teaching, no less in what it states about God’s acts in creation, about the events of world history, and about its own literary origins under God, than in its witness to God’s saving grace in individual lives.

5. The authority of Scripture is inescapably impaired if this total divine inerrancy is in any way limited or disregarded, or made relative to a view of truth contrary to the Bible’s own; and such lapses bring serious loss to both the individual and the Church." 1

This will be our working definition for the purposes of this article.

Scripture on Scripture
The Bible claims this inerrancy, inspiration and authority for itself.

"Men and brethren, this Scripture had to be fulfilled, which the Holy Spirit spoke before by the mouth of David."- Acts 1:16

"God has spoken by the mouth of all his holy prophets since the world began." - Acts 3:21


Here we have internal claims of direct interaction between man and God to produce Sacred Scripture. Nowhere do we find any form of disclaimer suggesting that, although God inspired the sacred writings, they are somehow subject to the defects of fallible men. To suggest that God is somehow incapable of inspiring prophets and apostles to convey His will and self revelation is to offer a deity that is the antithesis of the biblical God. For example, such a deity could not be the one described as follows.


Thus an attack on the inerrancy and inspiration of Sacred Scripture is a proxy assault on the nature and character of God the Father and God the Holy Spirit- indeed even on Jesus Himself.

Livingstone also notes that Jesus will judge humanity on the very basis of His infallible Word, written by fallible men under the direct and infallible inspiration of the Holy Spirit. If the enemies of inerrancy are correct, then Christ would have no objective basis by which to judge men since they would be bereft of any certain knowledge of the truth and of God's will for humanity. Fortunately Scripture does not afford the heretics any such position.

"No prophecy of scripture is of any private interpretation, for prophecy never came by the will of man, but holy men of God spoke as they were moved by the Holy Spirit."   - 2 Peter 1:20

"All scripture is given by inspiration of God, and is profitable for doctrine, for reproof, for correction, for instruction in righteousness."   - 2 Timothy 3:16


Sacred Scripture obviously claims for itself the dignity of inerrancy, inspiration, and authority, but our prime witness to these characteristics is Jesus Himself, the Second Person of the Holy Trinity, God the Son.

It has ever been the Christian tradition to base all doctrine on that which has been received from the apostles, the primary witness being the Sacred Scriptures, both Old and New Testaments. We find this in the Church Fathers, as well as a clear belief in the inerrancy and inspiration of Sacred Scripture. Thus we see such statements as the following. 3

"We have learned the plan of salvation from no one else other than from those through whom the gospel has come down to us. For they did at one time proclaim the gospel in public. And at a later period, they handed the gospel down to us in the Scriptures-to be "the ground and pillar of our faith."- Irenaeus
"There will be no light punishment upon him who either adds to or subtracts anything from the Scripture."- Irenaeus

"Faith will lead you. Experience will teach you. Scripture will train you."- Clement of Alexandria

"I have demonstrated that the Scriptures which we believe are valid from their omnipotent authority."- Clement of Alexandria

"Those who are ready to toil in the most excellent pursuits will not desist from the search after truth until they get the demonstration from the Scriptures themselves." - Clement of Alexandria


"To those who thus ask questions, in the Scriptures there is given from God...the gift of the God-given knowledge."- Clement of Alexandria


"If it is nowhere written, then let him fear the woe that comes on all who add to or take away anything from the written Word."- Tertullian

"However, the statements of Holy Scripture will never be discordant with truth."- Tertullian

"I do not wish to appear to build my assertions on the basis of inference alone, particularly concerning subjects of such importance and difficulty. Nor do I wish for my listeners to agree to what is only conjectural. So let us see if we can obtain any declarations from Holy Scripture. For by its authority these positions can be more credibly maintained."- Origen


These statements from the early Christian theologians prove one thing clearly. That is, the church has a long standing tradition of a very high view of the Bible, its inerrancy and its proper role. It is also clear that the early church believed in the divine inspiration of scripture.

"Look carefully into the Scriptures, which are the true utterances of the Holy Spirit."- Clement of Rome

"Take up the epistle of the blessed apostle Paul. What did he write to you at the time when the gospel first began to be preached? Truly, he wrote to you under the inspiration of the Holy Spirit."
- Clement of Rome


"These men had no need of the rhetorical arts...Rather, they presented themselves in a pure manner to the energy of the Divine Spirit, so that the divine plectrum itself could descend from heaven and use these righteous men as an instrument like a harp or lyre. Thereby, the Divine Spirit could reveal to us the knowledge of things divine and heavenly."    - Justin Martyr


The inescapable conclusion with regard to Sacred Scripture, both from the witness of the earliest Christian theologians, and from Sacred Scripture itself is that these writings are the absolute standard by which we understand doctrine, morals, values, and all principles governing a proper and holy human life. This renders the liberal approach to Sacred Scripture, such as that of the Neo-Orthodox movement, completely out of step with the hermeneutic of continuity. Whereas the Neo-Orthodox theologian will suggest that Sacred Scripture is a mere witness to revelation, or only becomes revelation in encounter, elevating subjective human experience such that it determines what is the revealed will of God and what is not, the historic witness of the church and of Sacred Scripture itself is clearly rejected. Indeed any claim to the descriptive “orthodox” (right belief) is to be understood as a misnomer of the grossest proportion. It was in refutation of this Neo-Orthodox heresy that the Chicago Statement on Inerrancy was written. 4
Speaking to Sin
Having established the historical and scriptural evidences with regard to the authority of scripture, and its inerrancy, we can now address the question at hand. How does the issue of inerrancy impact the Christian worldview with regard to issues of sin? The Neo-Orthodox theologian, again, would suggest that since humans make mistakes, “all human writings, including the Bible, are tainted with error, misconceptions, and overstatement or understatement.” 5


If this were so, and scripture was not inerrant, logically it could not be used to speak to social issues or sin with any more veracity than any other religious or philosophical text. Indeed, the social sciences, based as they are to some degree in observation and trial and error would be a better guide for the development of a worldview. Inerrancy, along with divine inspiration, is at the very center of any claim a Christian may have on objective truths regarding the knowledge of how we are to live as humans and how we are to walk with God.


“The inerrancy of Scripture means that Scripture in the original manuscripts does not affirm anything that is contrary to fact.” 6


If we jettison inerrancy as the liberal theologian does, then we have no absolute basis for our position on social issues such as homosexuality, abortion, adultery, theft, or any other sinful activity. We would be blatantly suggesting that Sacred Scripture is worthless, as it does not conform to reality or fact. As Dr, Bill Ury notes, we then find ourselves in a very dangerous position.

“Our plausibility structure has been so diminished that we are no longer able to confidently proclaim that God has spoken or speaks truly beyond issues of faith and practice.” 7

Rejecting inerrancy opens the door to Relativism (which is in fact the Neo-Orthodox position when understood logically), and erodes faith and morals as we can see evidenced in our culture today. If Sacred Scripture is in error on even one issue it is suspect in its totality, since we would have no reasonable basis upon which to trust in or rely upon it. To quote Dr. Bill Ury once more:

“To diminish or divorce the personal realities of the divine nature and the redemption of humanity from the words which the Holy Spirit both inspired and continues to do so within the church is to lay an axe at the root of reality as we humbly come to reflect upon it.” 8


The fact of the matter is the Sacred Scriptures speak to inerrancy as does the universal Patristic witness. Any suggestion that we take a lower view of Scripture must be viewed as contradicting those witnesses and should be rejected as a pernicious heresy. The Wesleyan theological method (sometimes known as the Wesleyan Quadrilateral- Scripture, Tradition, Reason, Experience) demands a high view of Scripture, in that Scripture is the first and foundational source of absolute truth, with all other sources being secondary. Rather than placing human experience at the center, as do the Neo-Orthodox, Sacred Scripture informs us of whether our experiences are truly divine or merely imagination or deception. When one reverses this rational order, placing experience in a position of conferring authority on God's written revelation, we are relegated to the realm of the subjective, to the defects of inherited depravity, and to diabolic deception. It is only when we follow the example and witness of Christ and accept the inerrancy and inspiration of Sacred Scripture that we can avoid these pitfalls and have a firm foundation for our faith. Inerrancy and inspiration of Sacred Scripture are also a necessary because Christian tradition demands it, reason demands it, and the experience of the universal church throughout its history demands it.

This is true orthodoxy.

Heavenly Father, you inspired men in your grace to deliver to humanity your inerrant and infallible written Word and self revelation, perfect and without defect, for the instruction, correction, and guidance of those who would obey its commands and trust in its promises, by Your Holy Spirit. You have revealed within it the history of humanity, the reason for our separation from You, and the way in which we should walk with You through the redeeming sacrifice of Your Holy Son, the Word Incarnate and prime witness to the authority, infallibility, and inspiration of Your written revelation. Help us, Lord, to cherish Your Word, to diligently study it, and to passionately apply its wisdom in our lives, now and forever. Amen.