The Not So New Age 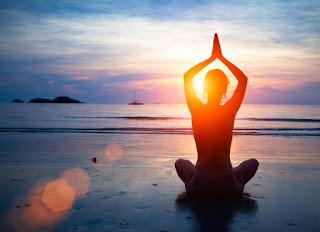 While there have been a few researchers who have noted the connection between the New Age Movement and the occult, we rarely hear about the continuing efforts of the greatest forces of occultism and their influence in our modern world. I too was oblivious to the realities of this subject until I actually took an unbiased look into what detractors call a conspiracy theory. As I began to research the key phrase “Aquarian Light-bearers” I discovered a link in many New Age publications of such keywords to the politicians and sociopolitical organizations of Leftist politics, and through them to the Globalist Movement. Through an examination of relevant Globalist literature, such as now deceased author Marilyn Ferguson's The Aquarian Conspiracy, I found that there are many who willingly embrace the title of conspirators and even acknowledge their fascist tendencies. I discovered that large numbers of those who would otherwise consider themselves “conservatives” were unwittingly doing the bidding of these Leftist organizations. This open conspiracy, found in New Age circles and most strongly in the Progressive Movement, is the spiritual and philosophical wing by which the forces behind Globalism influence the minds of those who might not otherwise accept some of the patently fascist principles behind the New World Order conspiracy. Just as their National Socialist precursors engaged in a “Weltanschauungskrieg”, a Worldview War, the Globalist conspirators of today are engaged in very similar methods of transforming human society. There can be no question that a large segment of the Progressive sociopolitical subculture issues forth from the same spiritual foundation of National Socialism. That is, a philosophy that holds humanity to be not only physically linked to the natural world (via evolution), but that the physical link is also rooted in a metaphysical connection with the universe.

There is no greater spiritual vehicle for this worldview than the New Age Movement. In the most basic terms, the New Age Movement is a political/religious movement which seeks to unite the world under the guidance of Ascended Masters (demonic leadership). Do not forget these spiritual beings, since they will pop up again and we will see who and what they really are.

Now I understand the common New Age proponent has nothing consciously to do with the political goals of what can only be called Cultural Marxism. However, what the average New Age thinker does not realize is that many of the big names, the driving thinkers behind the political and social initiatives of the New Age Movement are a part of this grander web of deceit, abusing the average spiritual seekers money, political influence and social activism in their fervor to achieve the goal of a one world government, world mono-culture, one world religion, and are in the process singling out Judaism, Christianity, and any other ism that they deem an adversary.

I realize that many of those who are involved with or sympathetic to the New Age Movement will say this is a lie, or in some way does not reflect the philosophy of any of their New Age friends. If what you say is true, then we should be able to find Globalist leaders and thinkers everywhere saying that historical Judaism and Christianity are as enlightened and acceptable as any other religion on the planet. We should find leading New Age pundits who promote the right of nations to exist autonomously, and who reject Globalism and a push for a world superstate and mono-culture. Instead we find exactly the opposite. The fact that Jews, Christians, and any other group resistant to the Leftist agenda are targeted for elimination in the coming New World Order will come as a shock to some involved in New Age groups that pay lip service to "tolerance" for all religions of the world. In a perfect example of double-speak, the major movers and shakers behind this conspiracy will often teach that we should embrace all religions. All religions that is except for Christianity and Judaism.

Many of the conspirators are aware of this fact, but feel that Judaism and Christianity really are separatist, outmoded, violent, arrogant and narrow minded, and needlessly restrict humanity. Sadly, we find this hateful and skewed view of Christians and Jews to be the increasing viewpoint of society, as promoted in the hardcore center of what Ferguson called the “Aquarian Conspiracy”. For the conspirators this means these religions must be eradicated, or completely changed. A good example is a speech given in 2015 by Hillary Clinton, in which she said, speaking specifically to Christian resistance to abortion:

“Laws have to be backed up with resources and political will. And deep-seated cultural codes, religious beliefs and structural biases have to be changed.” 1

Now as far as hostility toward ethnic Jewish identity and Christians, most New Age proponents will say with confidence, "No way! Jews and Christians are accepted in New Age circles." Perhaps in the lower circles they are, but in the higher levels of New Age leadership antisemitism and a hatred for Christianity are alive and well. Many of the very same people who engage in New Age conferences and promote New Age thinking are also very involved in anti-Israel and anti-American political activity throughout the world.

We know from history that many Jews and Christians remained in Germany, thinking the antisemitic rhetoric of the Nazi Party was mere political posturing, just as some Jews and Christians become involved in New Age groups unaware of what the leadership thinks of them, or what the guiding principles of the movement are, or they simply ignore the comments of major New Age thinkers who promote racial eugenics and ethnic cleansing under the guise of spirituality. Some of these leaders even deny the very history of the Jewish people, claiming it is a religious myth. It is wise to remember that if there were no actual Abraham, Isaac and Jacob, the Exodus never occurred, and the encounter with God on Sinai is fallacious; then there is no "Promised Land", no "chosen people", and the God of the Bible is a myth no better or more pertinent than that of the gods of Olympus. This myth renders Jews and Christians a detriment to society and a roadblock to world peace and the New World Order. In other words, the state of Israel has no right to exist, and there is no reason to allow Jews or the Christians who support Israel to interfere in Global politics. Think this sounds far fetched? It isn't as far fetched as we might wish it were. This is exactly what one of the greatest thinkers in the conspiracy, Alice Bailey, taught her disciples through her writings. In her opinion the Jews are dangerous to themselves and the world around them. Her solution was to confine them so they are unable to do harm to the goal of a New World Order. Such a massive detention of Jews and Christians is part of what is known in more serious Globalist circles as "The Plan", which is the Global political agenda of Cultural Marxism. “The Plan” further states that it is essential to eradicate Judaism and Christianity as if they were a virus, as they have spawned other religious illnesses that also claim to follow the God of Israel. In order to start their fundamental transformation of society they will wage what Globalist conspirator and United Nations leader Robert Muller calls an Entity War. This involves cleansing Christianity of its “Jewish influences”, creating a “positive Christianity”, very much akin to that of the National Socialists who did the same exact thing. Ultimately the goal is to steal any notion of cultural, religious or national identity from the Jewish people and to eradicate their supporters, the Christians. And as for any Jew or Christian who resists these measures, The Plan actually states that there is a “Final Solution”, which they assure everyone will be quite peaceful. Why am I not buying that?

It is also amazing that they choose that exact phrase to describe their planned genocide, not hesitating to embrace a phrase made infamous by the National Socialists. Could it be that we are witnessing, in the "Progressive" politics of our era the idea that Jews and Christians only have a future without the "old-age" approach to their faith and the State of Israel in the current positions of the American Left? We've witnessed the erosion of American-Israeli relations, the subtle encouragement of violent militant Islamists, the Left's refusal to recognize Jerusalem as the capital of Israel, and even suggesting Israel go back to pre-1967 borders-all these are alarming changes enjoying widespread approval. Let us also not forget the many antisemitic slogans and comments made by Occupy Wall Street protesters caught on camera by many reporters, but only reported in conservative and independent media. Why would the leading thinkers of the New Age Movement choose such racially provocative language, and even use such an inflammatory term as the Final Solution? The facts are that Cultural Marxism and it's spiritual wing, the New Age Movement, are the very same spiritual and political foundation of National Socialism, and is a modern continuation of elements of Nazi political theory and racial eugenics. After all, National Socialism was a synthesis of Marxism and nationalism, and was considered a Leftist movement in its time; a sort of middle way between Communism and Right Wing conservatism.

The real philosophical leaders behind the New Age Movement do not view Jews or Christians who wish to maintain their identity and faith as good Global citizens, but consider them to be deserving of their religious or "racial karma". Racial karma is a basic dogma of Theosophy, from which sprang National Socialist occult theories, and is explained in-depth through the writings of Alice A. Bailey. The dogma teaches that Jews have a flawed and inferior spiritual status, no matter how much they may pursue enlightenment and Global consciousness.

No doubt some of my readers are shaking their heads at these claims, if they have even made it this far. Perhaps you are a New Age adherent and have never heard these things in any of your meditation groups, or at any of your New Age expos as you were surrounded by crystals, Tarot card readers and incense.

Yes, this is a conspiracy “theory”. However, the nature of this conspiracy is such that they are deliberately open about it and have even published their plans for Global domination. The Cultural Marxist politicians of the world promote the political agenda called “The Plan”, and do so with the confidence that there is nothing that the voter or average citizen can do to stop them, even if they are aware.

The fact is the New Age Movement is not so new, but part of an older and grander scheme to usher in a Global Marxist government where no one has freedom, especially not Christians and Jews.