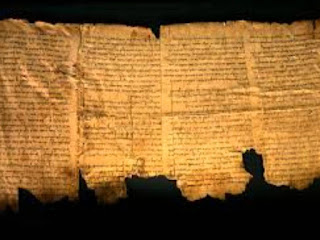 Many fringe theorists and adversaries of Christian orthodoxy point to the Nag Hammadi texts as proof that the Jesus of Christianity is not the Jesus of history. These Nag Hammadi texts were produced during the centuries after Christ. Many of these texts were produced well after the canonical scriptures were clearly established. These texts present a view of Christ that does not line up with the teachings of early Christianity nor of the historically verifiable gospels. As a result these accounts were considered heretical, and many of the Church Fathers wrote against them and in favor of orthodoxy and the received canon. These so-called “gospels” are used by fringe theorists to establish the lost years of Jesus and an alternative to the Jesus of orthodoxy. They argue that these writings prove Christianity was a diverse movement with competing and equally legitimate stories of the life and teachings of Christ. They will quote from such Gnostic texts as the Gospel of Thomas, the Gospel of Philip, the Dialogue of the Savior, the Gospel of the Egyptians, and other such material.

The truth of the matter is that most of what was discovered in these texts is not relevant to early Christianity outside the realm of discussing heresies. They do not reveal any credible historical details, but rather reveal the teachings of various pagan sects (Gnosticism is pagan in origin) that for a time falsely used the names of the apostles in their writings in an effort to compete with orthodox Christianity. The problems with taking these “lost gospels” as valid historical sources is obvious. Scholarly consensus places these texts in the 2nd and 3rd centuries A.D., nearly 100 years after the life and ministry of Christ. Some fringe theorists will attempt to place the Gospel of Thomas before the writing of the canonical Gospels, but there is literally no credible historical evidence to support such a contention. Others posit the existence of a document known as Q as having preceded the canonical Gospels and having been the source for the Gospels according to Matthew and Luke. It must be noted that there is no evidence for the existence of such a document, and it is simply a rhetorical device used by some researchers. The Gospel of Thomas is dated at 140 A.D. at the earliest. This is much later than the canonical Gospels which were written within the generation of Jesus' earthly lifetime. In fact, there is ample evidence that the Gnostic texts relied on material taken from the canonical Gospels. What does all this mean? It means that the Gnostic texts are not alternative histories of the life and teachings of Jesus, but are writings of various dissidents who broke away from the established church to start cults of their own making, based on pagan philosophies placed in the mouth of Jesus and His apostles. In short, they are not histories nor gospels, but lies.

These Gnostic texts present a strange world filled with mystics and magicians, each proclaiming an extremely dualistic universe, wherein those who wish to be freed from the confines of an evil material world must go through secret initiations and gain the hidden gnosis (knowledge). This is at opposition to the Jesus we find in the canonical Gospels who proclaimed his message openly.

The Church Fathers, many of whom knew the apostles or were students of those who did, wrote against these various Gnostic cults. They clearly exposed the teachings of the Gnostics as heresy. Examples are:

Gnostics rejected the very fact of Jesus being a physical human being, since they viewed all matter as evil. This also means he did not really suffer death on the cross.

“The unbelieving say that he only seemed to suffer.”- Irenaeus

“How does anyone benefit me if he praises me, but blasphemes my Lord- not confessing that he was possessed of a body?”- Ignatius

“There are some who maintain that even Jesus himself appeared only as a spiritual Being, and not in the flesh.”- Justin Martyr

“They deny that the Son assumed anything material. For, according to them, matter is indeed incapable of salvation.”- Irenaeus

“They abstain from the Eucharist, and from prayer, because they do not confess the Eucharist to be the flesh of our Savior Jesus Christ...Those, therefore, who speak against this gift of God (the Eucharist), incur death.”- Ignatius

Some Gnostics could be given to debauchery and were active in paganism.

“At every pagan festival celebrated in honor of the idols, these men are the first to assemble...Some of them do not even keep away from that bloody spectacle that is hateful to both God and men, in which gladiators fight with wild beasts or fight each other in single combat.”- Irenaeus

“So unbridled is t heir madness, that they declare they have in their power all things that are irreligious and ungodly. And they are at liberty to practice them. For they maintain that things are evil or good simply because of human opinion.”- Irenaeus

While the Gnostics claimed to be heirs of the apostles, early Christians knew better.

“When the sacred band of the apostles had in various ways completed their lives' work, and when the next generation of men had passed away (to whom it had been vouchsafed to personally hear the divine wisdom), then did the confederacy of godless error takes its rise through the treachery of false teachers. For upon seeing that none of the apostles were living any longer, they at length attempted with bare and uplifted head to oppose the preaching of the truth by preaching knowledge falsely so called.”- Hippolytus

Douglas Groothuis1, writing for the Christian Research Journal has the following to say regarding these texts:

“Historicity is related to trustworthiness. If a document is historically reliable, it is trustworthy as objectively true; there is good reason to believe that what it affirms essentially fits what is the case. It is faithful to fact. Historical reliability can be divided into three basic categories: integrity, authenticity, and veracity. Integrity concerns the preservation of the writing through history. Do we have reason to believe the text as it now reads is essentially the same as when it was first written? Or has substantial corruption taken place through distortion, additions, or subtractions? The New Testament has been preserved in thousands of diverse and ancient manuscripts which enable us to reconstruct the original documents with a high degree of certainty.”2

If we consider the fact that the canonical Gospels do pass the tests for historical reliability as Dr. Groothius notes, while the Gnostic texts do not, the logical and reasonable thing to do is reject the Gnostic writings. They provide nothing of value.

1Professor of Philosophy at Denver Seminary. Author of thirteen books on philosophy and theology.