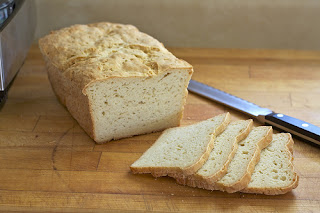 You wouldn’t hear it, smell it, touch it, or taste it either (although it could be touching and tasting you right now). As hard as you may search, you still couldn’t be so sure there wasn’t one around, simply because fleas are tiny and very easy to miss. So it would be a lot harder to say definitively that there was no flea in your room. So now, let’s compare this to God. He is omni-present, right? Then we should be able to find Him everywhere! But here’s the kicker: God is spirit. He’s invisible, intangible. How do you find a Being like that? And that’s the problem. Science relies on our five senses, on observation. Think about the spaceship: We know exactly what to expect when searching for one. And with enough time and the right equipment, we can determine whether or not there is a flea in the yard. But what scientific instrument do we have that can detect spiritual things? This is what philosophers call a “category error.” It is applying criteria to something that just doesn’t fit. For example, trying to weigh the number 7. To smell the color purple. To seek physical evidence of a nonphysical thing. So when the skeptic says there is no direct, empirical evidence for God’s existence, he’s right! Because that’s a category error. A logical fallacy. You may have heard the phrase “Absence of evidence is not evidence of absence.” Well, that’s not completely true. Absence of evidence is evidence of absence if there is certain evidence you would expect to find but don’t. (Feel free to reread that sentence a few times!) For example, if there were a spaceship in your yard, there should be obvious evidence! If you can’t see, hear, touch, or smell the spaceship, it isn’t there. So in that case, absence of evidence of a spaceship is evidence of absence. Now, what would lead you to believe that there is a flea in your yard? That’s not as easy. Direct evidence of a flea is far less likely to find. However, there may be indirect evidence of it if you suddenly felt very itchy and found tiny bites on your body! The same goes for God. If you have good reason to think that the universe was created, then you must conclude there is a Creator! It’s easy for a skeptic to say “There’s no evidence for God’s existence!” (Actually, it’s easy for a skeptic to say anything.) But before he can use this objection to rule out God’s existence, he needs to determine two things:

1.What kind of evidence would I expect if God exists?

2. Can I find this evidence?

I wonder how many people have really thought about this. If an all-powerful Creator exists, what kind of evidence do you think we should have? And once you’ve determined that, how do we go about finding it? I don’t think it’s as straightforward as the skeptic makes it out to be. And remember that to seek direct, physical evidence of a nonphysical, spiritual being is a logical fallacy. Science is not the proper tool to directly determine God’s existence and so it cannot be used to disprove His existence either. If you have trouble answering the questions above, perhaps you should reconsider using “lack of evidence” as an argument against God’s existence. But this does more than just knock down one of the Atheistic Naturalists most popular objections. It also shows that he has to shoulder a burden of proof as well. Perhaps I cannot prove that God exists. The Atheistic Naturalist must then proceed to tell me what evidence he expects if God exists and then show that this evidence does not exist. Otherwise, we are both stuck in uncertainty, a position known as agnosticism. Where is God? Every thinking person has asked this question. If He exists, why is He so hard to find? We could call this the hiddenness of God. Believers and nonbelievers alike seek signs from God, either for guidance in their lives or for evidence of His existence. And if God wants us to know He exists, why does He hide Himself from us? Imagine what it would feel like if you knew Jesus was physically there everywhere you went. He was there as you ate dinner, as you worked, as you played basketball, and as you used the restroom. The truth is, you’d find it creepy and kind of annoying. Like when you hit your teenage years and you didn’t want anyone knowing you had parents. You wanted to be as far away from them as possible. But imagine they were always there, following you. Watching you. At school, at parties, listening to every conversation. When you were flirting with that special someone. It would drive you insane! You would resent them. Hate them. You would likely desire even more strongly to run and hide from them. How much more from an omnipresent God whom you can’t possibly hide from!

So, for your benefit, He remains substantially unseen. Now, God is not a stalker. He doesn’t follow you everywhere you go; He’s already there. As the Psalmist cried, “Where can I flee from Your presence?” (Psalm 139:7) God is omnipresent. It is in His very nature to watch over His creation. It is His, remember? But God is not just the concerned parent; He’s the perfect parent. He desperately wants you to make the right decisions, not for His sake but for yours. However, He wants you to willingly make the right decision, of your own free will. Not just because He’s watching, but because it’s right. Otherwise our obedience would be fake. We wouldn’t obey him because we love and respect Him; we would obey because we were terrified of the ever-present Almighty. And even if His existence was painfully obvious, God doesn’t just want us to know He is there. He wants us to love Him. To desire Him. In Jeremiah 29:13, the Lord says to Israel “You will seek me and find me when you seek me with all your heart.” In Matthew 7:7, Jesus taught “Seek and you will find.” Perhaps the great lengths it takes to find a treasure reveals just how much that treasure is worth to us. (See Matthew 13:44-46.) Imagine God as a lover who wants to be wanted, not one who is burdensome and annoying and you can never get away from. But what if you truly wanted to be free from God? There are many who don’t just deny His existence; they don’t want Him to exist. God’s hiddenness lets them think and act as if He doesn’t. They are able to live their lives however they wish without His interference. Without a divine security camera constantly over their shoulders. Think about it: if you wanted to be free from your marriage, you could simply leave your spouse and never see them again. But what about God? If He didn’t remain unseen, you couldn’t be free from Him. You’d be stuck in a miserable marriage you desperately want out of. God’s hiddenness allows the sinner what he or she wants: freedom from Him. And for those who ultimately wish to be free from God’s presence, He grants them their desire: He hides from them. Forever. Adam and Eve had perfect communion with God in the Garden of Eden. They enjoyed His glorious presence day and night. Then they disobeyed Him and introduced sin into the world. And what did they do next? They hid (Genesis 3:8). That’s the natural reaction of someone wracked with guilt and shame: to run, to hide. But they couldn’t hide from God. None of us can. There is no hiding from the holy and perfect God. If we want to know His existence-to have a relationship with Him- He has provided enough evidence for the thinker to discern His Presence. Just follow the breadcrumbs.
Labels: Apologetics Christian theology evidence for God existence of God God J. Davila-Ashcraft paleo-orthodoxy