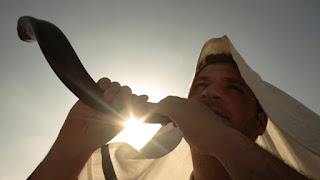 There are various Hebrew Roots cults and sects that demand observances of their preferred Holy Days and Mosaic dietary laws, and cast aspersions on Christians who choose to remain faithful to the New Testament and historic Apostolic tradition. The Hebrew Roots Movement is the most prominent example. The adherents of this movement will literally de-Christianize (most of them deny being Christians themselves, which is at least honest, as they are not followers of Jesus) those who do not find a demand for observance of the Mosaic Law in the New Testament. Some in the movement have even rejected the Apostle Paul, since his writings clearly oppose their false teachings. It is pretty clear that we need some basic principles by which we can understand this topic and answer the questions, do Christians need to observe the Israelite Holy Days and Mosaic Law?

"Formerly, when you did not know God, you were enslaved to those that by nature are not gods. But now that you have come to know God, or rather to be known by God, how can you turn back again to the weak and worthless elementary principles of the world, whose slaves you want to be once more? You observe days and months and seasons and years! I am afraid I may have labored over you in vain."- Galatians 4:8-11

Paul is addressing here these false apostles who were teaching the Galatians that they must keep these days or face potential damnation; the exact same claims of the modern version of this heresy- the Hebrew Roots Movement. These modern purveyors of heresy should heed the Apostle's words well. In some cases, these same false teachers tell us we must keep the dietary laws and other laws particular to Judaism. Fortunately for us, the Apostle left us a definitive doctrine with regard to such false teaching. Paul says:

"Therefore do not let anyone judge you by what you eat or drink, or with regard to a religious festival, a New Moon celebration or a Sabbath day."- Colossians 2:16

Paul is clear that we cannot be judged regarding the observance of Holy Days, specifically those of Israel. Nor can we be judged by our diet.

With regard to Galatians 4:8-11, that great Reformer Martin Luther had this to say:

"The Apostle Paul knew what the false apostles were teaching the Galatians. The observance of days, and months, and times, and years. The Jews had been obliged to keep holy the Sabbath Day, the new moons, the feast of the Passover, the feast of Tabernacles and other feasts. The false apostles constrained the Galatians to observe these Jewish feasts under the threat of damnation. Paul hastens to tell the Galatians that they were exchanging their Christian liberty for the weak and beggarly elements of the world."- Commentary on St. Paul's Epistle to the Galatians

The entire book of Galatians can best be understood as a polemic against the idea that Christians must observe the Mosaic Law in order to be truly saved, or truly disciples of Christ.

Later in Galatians Paul mentions having to rebuke this same behavior in Antioch.

"When I saw that they were not acting in line with the truth of the gospel, I said to Cephas in front of them all, “You are a Jew, yet you live like a Gentile and not like a Jew. How is it, then, that you force Gentiles to follow Jewish customs?

“We who are Jews by birth and not sinful Gentiles 16 know that a person is not justified by the works of the law, but by faith in Jesus Christ. So we, too, have put our faith in Christ Jesus that we may be justified by faith in Christ and not by the works of the law, because by the works of the law no one will be justified."- Galatians 2:14-16
This issue led to the first church council recorded in the Book of Acts. At this council, the apostles discussed the issue of whether or not Gentiles must observe the Mosaic Law, and issued a very clear decision. As James put it:
"It is my judgment, therefore, that we should not make it difficult for the Gentiles who are turning to God”-Acts 15:19
In other words, Gentiles should absolutely not have to observe Mosaic Law. Instead, the council gave only four rules for Gentiles.
The early Christians had to deal with the issue of what became known as "Judaizing" several times. They remained absolutely faithful to the teachings of Paul and the decision of the Jerusalem Council in their denouncing Judaizers. For example, Ignatius of Antioch wrote:

"Let us learn to live according to the principles of Christianity. For whosoever is called by any other name besides this is not of God. Lay aside, therefore, the evil, the old, the sour leaven, and be changed into the new leaven, which is Jesus Christ...It is absurd to profess Christ Jesus, and to Judaize."- Ignatius of Antioch


"...if we still live according to the Jewish law, we acknowledge that we have not received grace."-Ignatius of Antioch
"There are many in our ranks who say they think as we do. Yet some of these are going to watch the festivals and others will join the Jews in keeping their feasts and observing their fasts. I wish to drive this perverse custom from the Church right now."- John Chrysostom
So can a Christian observe the Holy Days of Israel? There seems to be no mandate to do so. In fact, the mandate of Scripture seems to be that we avoid doing so, since to observe the things of the Mosaic Law is an implicit denial of the grace we have received through Jesus Christ. Rather, the tradition of the church has been to observe certain days of significance to the life of Christ and that serve as reminders of that grace. We can certainly learn from the Holy Days of Israel, since they were prophetic of the life and work of Christ, and of His future coming kingdom, but to observe them as if they are mandatory is a denial of the grace of Christ. Don't be misled by the Hebrew Roots error.
Labels: Armstrongism Church Fathers Church History Early Christianity Early Church Hebrew Roots Movement Holy Days J. Davila-Ashcraft Judaizers Mosaic Law paleo-orthodoxy Patristics