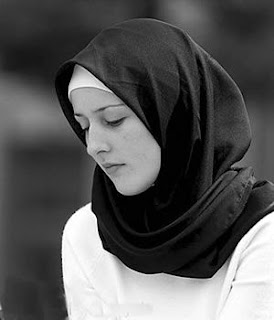 As noted in part one of this study, Modernist thinkers (Third Wave Feminists, Cultural Marxists, etc.) would have us believe that the head covering is not necessary and that there were a variety of opinions regarding the command given by Paul. However, such is not the case. The head covering was considered as necessary by all of the Church Fathers. Let's look at some examples.

"And a Christian woman will never fall, if she puts before her eyes modesty and her veil. Nor will she invite another to fall into sin by uncovering her head. For this is the wish of the Word, since it is becoming for her to pray veiled."         - Clement of Alexandria

"Likewise, the Corinthians themselves understood him in this manner. In fact, at this very day, the Corinthians do veil their women. What the apostles taught, their disciples approve."- Tertullian

John Chrysostom writes that Paul, "signifies that not at the time of prayer only but also continually, she ought to be covered.”

He goes on to write of those who would oppose Paul's command:

"It is then contentiousness to oppose these things, and not any exercise of reason. Notwithstanding, even thus it is a measured sort of rebuke which he adopts to fill them the more with self-reproach; which in truth rendered his saying the more severe. ‘For we,’ saith he, ‘have no such custom,’ so as to contend and to strive and to oppose ourselves. And he stopped not even here, but also added, ‘neither the Churches of God;’ signifying that they resist and oppose themselves to the whole world by not yielding.”

This wasn't just the rule for worship, but in public as well.

"When you are in the streets, cover your head. For by such covering, you will avoid being viewed by idle persons...veiling yourself as becomes women."- Apostolic Constitutions

Beauty, a quality that women manifest, is of a mysterious nature, for it is itself a reflection of that perfect quality most clearly seen in, and having its origin in God. But Beauty is appropriately veiled, for its real nature is hidden and we see but its remote reflection in the female form. The veiling of women then is not a denigrating imposition placed on them by men, but rather reflects their own intrinsic glory as mothers, daughters and brides of Christ. We can say that Mary the mother of Jesus is an example. While she was the mother of Jesus, she in many ways remained “hidden.” She only spoke seven times recorded in Scripture and with only one exception always in an attitude that bespoke humility and submission to her role. In this there is a mysterious quality that in fact, every woman has – a quality that requires veiling that both protects and hides. This is why in traditional iconography Biblical women and Early Christian women are always portrayed with their heads covered. Just as Mary is simultaneously the mother, daughter and bride of Christ, so also every woman is potentially the same. And brides are to be veiled in public.

Women who accept the practice of veiling then are assuming to themselves the virtues reflected in the lives of holy Biblical women. To reject the veil is to state, consciously or unconsciously that one has no desire to follow the pattern established by God for women.

The second reason we mentioned previously given for women wearing a head covering is “because of the angels.”

Now here we have two interpretations, neither of which conflict with the other in any way, and both of which are important for us to keep in mind. “Angels” need not refer just to supernatural beings, but may also refer to good and holy men. For example, in the Book of Revelation, presbyters are referred to as "angels" of the church- literally referring to their messenger role. It is then a very practical admonition to protect against being provoked to lust by the beauty of women in the congregation.

"By the "angels" he means righteous and virtuous men. Let her be veiled then, so that she may not lead them to stumble into fornication."-Clement of Alexandria

The second point here is that during our prayers and worship, angels are present. (This may also be a direct reference to the Book of Enoch.)

"The spiritual man (and woman) prays in the company of the angels...and he (she) is never out of their holy keeping. Although he (she) prays alone, he (she) has the choir of the holy ones standing with him (her).- Clement of Alexandria

At this point, let us consider the exact words of Paul:

“Any man who prays or prophesies with his head covered dishonors his head, but any woman who prays or prophesies with her head unveiled dishonors her head - it is the same as if her head were shaven. For if a woman will not veil herself, then, she should cut of her hair; but if it is disgraceful for a woman to be shorn or shaven, let her wear a veil. For a man ought not to cover his head, since he is the image and glory of God; but woman is the glory of man (For man was not made from woman, but woman from man. Neither was man created for woman, but woman for man.) That is why a woman ought to have a veil on her head, because of the angels. (Nevertheless, in the Lord woman is not independent of man, nor man of woman; for a woman was made from man, so man is now born of woman. And all things are from God. Judge for yourselves; is it proper for woman to pray to God with her head uncovered? Does nature itself teach you that for a man to wear long hair is degrading to him. But if a woman has long hair, it is her pride. For her hair is given to her for covering. If any one is disposed to be contentious, we recognize no other practice, nor do the churches of God.” - I Corinthians 11:4-16

The difference between men and women lies not in their dignity, but in their relationship. Woman is the glory of man, but there is an enormous distance between that and the glory of God. A man who approaches the throne of God should wear the symbols of his office, which in this case is represented by having his head uncovered. Just as God has nothing over him in all creation, so man has no one over him in the natural world. But the woman lives under the protection and godly leadership of man. The relation of man and woman to God makes all the difference in understanding their relation to each other. Being covered is a mark of voluntary subjection, calling the woman to be humble and preserve her virtue. Since woman is the glory of man, it is shameful for a woman to desire to be dressed like a man or to present herself to God as a man.

To avoid the confusion raised by the term “prophesizing” it should be noted that this term is used in several places in Scripture (Chron 30:1; Sam. 10:10) to denote “giving praise to God.” Paul forbids women to speak or take a public role in the assembly, so in what way can she “prophesy”?

The Church Fathers interpret this as directing women to sing those parts of the Psalms in which everyone sings. For example:

"How severe a chastisement will they likewise deserve, who during the Psalms- and at any mention of God- remain uncovered."- Tertullian

Some of the Church Fathers point to the fact that man has priority in creation: Indeed, “woman was created after man and for man, to be his helpmate, to serve him and not vice versa” - Theodoret of Cyr.

In conclusion, it is worth noting that in the majority of traditional societies, while women are instructed to take efforts to please their husbands, efforts to be attractive to others are frowned upon. Head covering is therefore seen as an important aspect of modesty and Christ Himself said “let your modesty appear before men“ (Phil. 4:5). It is only in the privacy of the home, in the presence of the family and close friends, that the head is uncovered.

Long before the coming of Christ head coverings were used by women in Judea, Troy, Rome, Arabia and Sparta. Valarius Maximus relates the sever punishment inflected by C. Sulpicius on his wife: "he divorced her because he had found her out of doors with uncovered head. Tertullian tells us that “the gentile women of Arabia will rise up and judge us, for they cover not only the head, but also the whole face.” Similarly, “among Jewish women, so customary is it to wear a head-covering that they may be known by it.” (de Vel Virg.)

Finally, within Christianity we see this same principle in the marriage ceremony where the bride to be is veiled until the presbyter declares her status as a married woman. Only then is the veil lifted before the husband. The mystery of the woman’s beauty is reserved for the husband and the home. A remnant of this attitude prevailed in the west for many years, and up until about 60 years ago women rarely were seen outside the home without a hat – and indeed with hats to which were attached short veils.

Currently, modesty in dress, especially among the younger generation, seems to be a relic of the past and many it would seem have the same attitude about covering of their heads in church.

And in closing, to those women who bristle at these truths, I leave you with Tertullian's admonishment.

"The region of the veil is co-extensive with the space covered by the hair when unbound. Arabia's females will be your judges. For they cover not only the head, but the face also."- Tertullian
Labels: Church Fathers Church History Early Christianity Early Church I Corinthians 11 J. Davila-Ashcraft paleo-orthodoxy Patristics veil women's head covering. 1 Corinthians 11:5